The Dangers of Substance Abuse

Living life with a drug addiction or alcohol issue can be damaging to your health. Not to mention, it could lead to your death. Constantly consuming drugs and alcohol can cause various health side effects such as: strokes, cancer, HIV, AIDS, lung diseases and mental disorders. Dangerous health risks are not the only thing to worry about when fighting a battle with an addiction. Many people who have a substance abuse problem see their family and social life diminish before their eyes while their career opportunities become nonexistent. Putting drugs and alcohol before everything that was once important to them, it is hard from people with substance abuse problems to maintain relationships and hold a steady job.

All these factors make it a no brainer that nothing good can come out of substance abuse. So, your advice to someone who does have a substance abuse problem would probably be, “just stop.” Or, “why do you abuse drugs and alcohol knowing all of this.” But the problem is that constant substance abuse can lead to a person developing a chemical dependency. Once their brain is rewired to believe that they need these substances to function, “just stopping” is not an option. At that point, rehab becomes the only logical and safe way to taper off of the substances that are slowly killing them.

What are your Treatment Options

There are three options to cope with an addiction: rehab, prison or death. Enrolling into a rehab program is the only efficient way to recover from your addiction. Drugs and alcohol can drag you down to the lowest of lows. Now it is time to make a comeback from those lows. Break out of your slump by making the choice to attend detox and rehab. There are inpatient and outpatient facilities that can help you learn how to live a life without having to be under the influence of dangerous substances. If you are sick and tired of being sick and tired, then now is your time to call. The help you need is available, but only if you want it. 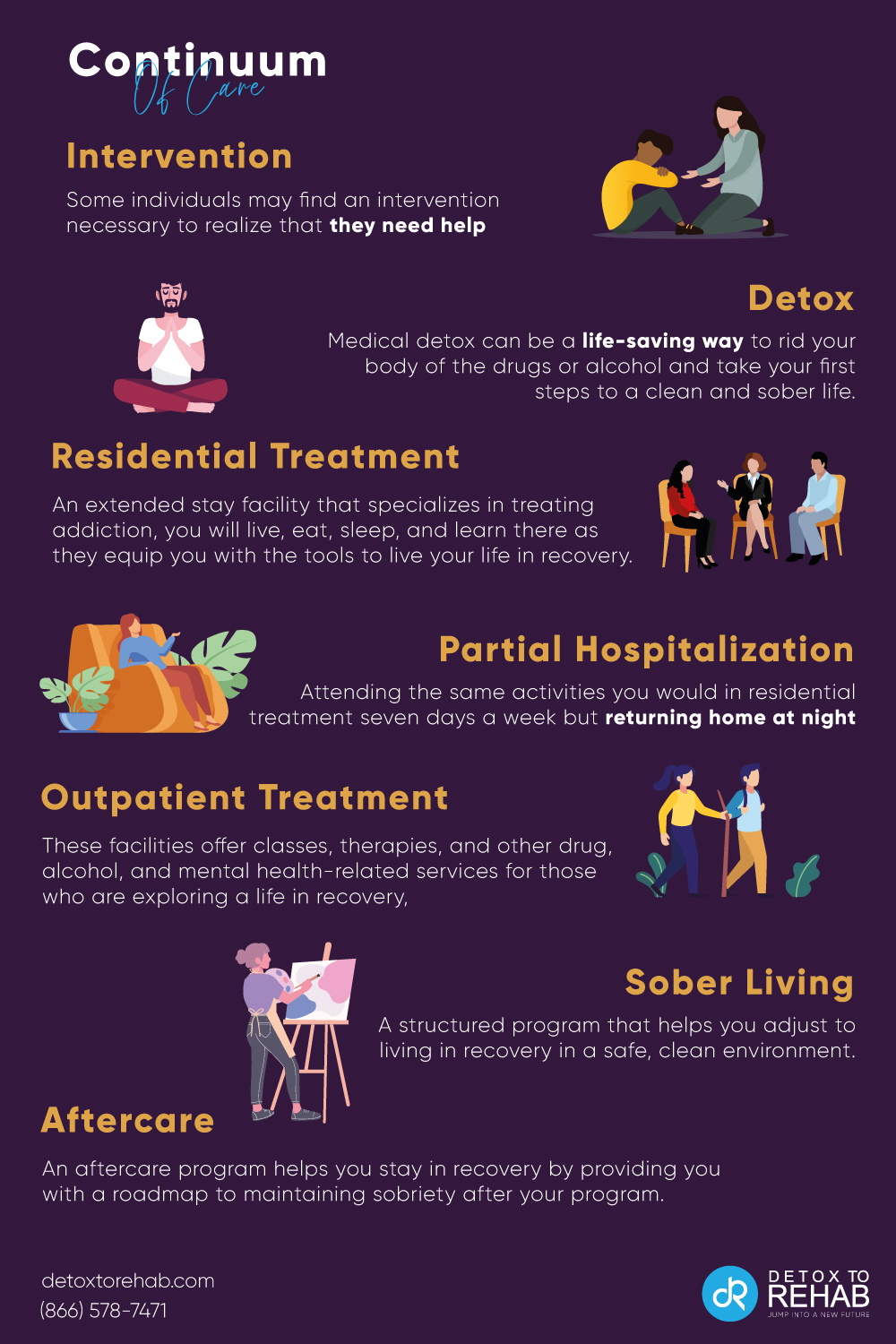 Often times, substance abuse problems stem from other mental illnesses such as depression. People who suffer from depression might take to drugs and alcohol to feel better.

Being under medical attention, while removing yourself from a bad situation can be the best thing for you. Inpatient rehab can do just that. You will be given sober living accommodations.

Outpatient rehab programs tend to be more affordable than inpatient. Although success rates are not as high, but any help is good help.

How to define a Substance Abuse Problem?

Within the subject of addiction, there are generally two viewpoints by which one interprets and acknowledges the causes and contributing factors of addiction. These two models are the Moral Model and the Disease Model; both of which contrast immensely from each other.

Relying on drugs to make you feel happy, awake, etc. is no way to live. Once you are in the shadows of an addiction, it can be hard to know where to turn. It is normal for people to be confused about their substance abuse problem. They do not understand why they cannot kill their intense cravings for drugs. Drugs and alcohol can rewire your brain to give your body intense cravings. It is extremely hard to lay off of drugs once a physical dependency sets in. It is important to remember that drug addiction is a disease.

Over 45,000 people die from drug overdose each year in the United States. This is mainly because many people who have substance abuse problem do not get the help they need. Their addiction makes them feel isolated and helpless. So, they stay silent while they continue to feed their addiction. Like any other medical disease, addiction requires professional help to cope with. Trying to quit using drugs and alcohol through means of cold turkey techniques is dangerous and usually does not see successful results. Admitting that you have a problem is the first step to recovering from your drug dependency.

A countless number of people consume alcohol in social settings and wind down from everyday stress. The problem is that anyone who consumes alcohol with any regularity has the chance of becoming an alcoholic. Turning to liquor to drink your worries away is dangerous. Because alcohol is socially accepted by most people, many alcoholics do not realize that they have a problem until things start to get out of hand. Needing alcohol in order to function through daily activities can get nagging. Always having the urge to be drunk at a concert, sporting event or friendly gathering can put a damper on your relationships.

When you drink and get out of hand you might embarrass yourself or the people you are with. Friends of alcoholics then start to avoid them, knowing the night always ends with some sort of trouble. Often times, the wakeup for alcoholics is an expensive DUI or DWI. Living in denial about a drinking problem only adds length to the list of bad things that can happen to you, both mentally and physically. Just because everyone else drinks regularly, does not mean that everyone can handle it. Alcoholism does not discriminate

If you’re lovedone is an addict, what do they need?

Your loved one feels isolated and alone in their fight against their addiction. Give them the backup that they need. Holding an intervention for a loved one, not only brings their problem to the surface but shows them people still care about them. They might be in denial with other people, but most people who have a substance abuse problem are not in denial with themselves.

Deep down inside, they know they need help. If you show them that they have support if they decide to get that help, they will be more willing to go to rehab. Let them know that you are not giving up on them.

Seeking professional help for a drinking problem is the right thing to do. Too many people enter alcoholism treatment thinking that they will get their problem under control then go back to drinking moderately. That usually is not the case. Very few people are able to go back to drinking after it has ruined their life. Rehab is not a cure for alcoholism. Your alcoholism problem will always be there, you will have to learn how to cope with it so that you can go back to living a happy and healthy life. It is not easy by means, but for millions of people who have a drinking problem, it is a necessity.

Outpatient rehab programs and after-care programs tend to work for people who are learning how to deny temptations to drink alcohol. After-care programs such as Alcoholics Anonymous (AA) meetings are great ways to connect with other people who are trying to recover from a drinking problem. When you see that you are not the only one struggling with the demons of alcohol, it makes it easier for you to realize that living a sober life is possible. It can be a hard transition into sober life, but it will save your life in the long run.

In most cases inpatient rehab is the only answer for people having a hard time with illegal drugs. Inpatient rehab programs keep you under medical attention for the entire duration of your recovery treatment. You remain at the facility until your rehab program is complete. Most rehab centers offer personalized programs to each client. It is not recommended that you attend a rehab facility that uses the same remedy for every client. Each person will enter rehab with different needs. Addiction is just as much psychological as it is physical. Getting to the bottom of what may have caused you to abuse dangerous drugs is a huge part of rehab.

Inpatient programs are also recommended for detoxification purposes. In detox, you will clean your body free from all of the toxins that your body took in during your days of using drugs. When this happens, withdrawal symptoms occur. Withdrawal symptoms can be dangerous, frustrating and uncomfortable all at once. Some people refuse to seek the help they need because they do not want to deal with withdrawal symptoms. Do not let that be a reason you do not get help. At an inpatient facility, you will have a medical staff that can help keep you comfortable.

Opioid painkillers are some of the most abused prescription drugs in the world. The National Institute on Drug Abuse (NIDA) estimates that between 26.4 million and 36 million people abuse opioids worldwide. Along with that stat, NIDA also estimated that 2.1 million people in the United States have substance abuse problems with opioids. Abusing painkillers have the same effect as using heroin. In many cases when people abuse opioids and no longer have access to their fix, they turn to heroin. Many people go to rehab because of addiction problems to opioids. Opioids hold the power to destroy your life just as bad as heroin can.

Various signs can emerge when someone has begun abusing substances.

Increased anger or irritability: People might experience increased agitation or irritability. Drugs impact moods, and someone who generally is calm or slow to anger might feel and act especially on edge. This is especially true if someone already has a mental illness. Drugs might exacerbate these pre-existing symptoms.

Change in routines: Someone who has a certain way of living may deviate from that once they start abusing drugs. They will try and manipulate their lifestyle to accommodate their drug use.

Loss of interest in passions: Losing interest in passions shows that people have started to abuse drugs. Drugs often offer false perspective to people. They start to think that doing drugs is one of the most important things above a lot of other things.

When someone close to you has begun developing symptoms of substance abuse, you should try and get them help as soon as you can.

People abuse substances for several reasons. Some of the main reasons are: trauma and experimentation. A lot of people who have gone through intense trauma in their lives will often turn toward drugs in order to deal with their feelings. Trauma can disorient the brain in ways that make people need connection in any way possible. Trauma can make people distrust others, so they instead turn toward drugs to make them feel safe and calm. Abusing drugs does not provide the protection for people. It is a fire escape that leads to a fire. It is a false sense of safety.

Another reason why people abuse drugs is to experiment. They might start of experimenting, but that experimentation could lead to abuse—especially with the more potent drugs. The person might do drugs to find out things about themselves or escape into some alternate reality. However, the brain is sensitive and over time it will begin to crave those sensations. Experimenting seems fun, but it can lead to the drowning world of depression. It’s important to realize that experimentation is not innocent. Drugs are not innocent. They often lead to dark, despairing places.