The Serious Problem With Lean Addiction

Purple Drank has a troubled past and present, influencing musicians since the sixties and too often inspiring substance abuse along with the new songs. Young people seek out the concoction en masse, as it grows in popularity, because of how it is glamorized by many of today’s famous rap artists.

The Purple Drink has many nicknames which make appearances in tons of contemporary rap songs. Some of the most common names are: Lean, Drank, Grape, Muddy, Double Cups, Syrup, Sizzurp, Pour Up, Purple, Actavis and Codeine.

Quick Facts:
In a 2011 national survey, it was found that 1 in 10 teens in America has used codeine cough syrup to get high.

The reason people sometimes call it Actavis or Codeine is because Purple Drank’s primary active ingredient is a Codeine Promethazine cough syrup, like Actavis. The cough syrup is mixed with a lemon-lime soda, like Mountain Dew or Sprite, usually with ice. Sometimes, Jolly Ranchers are also added for color and flavor.

Codeine is a mild Opioid and in the same family as Hydrocodone and Oxycodone, though one of the less powerful Opioids out there. Like all Opioids, Codeine is an addictive substance and a Central Nervous System (CNS) Depressant. It causes feelings of euphoria and relaxation or fatigue, sometimes resembling drunkenness. Promethazine is an antihistamine with sedative properties that is often used medically to treat nausea. It creates a calming effect and induces sleepiness, also being a CNS Depressant.

Promethazine is an antihistamine with sedative properties that is often used medically to treat nausea. It creates a calming effect and induces sleepiness, also being a CNS Depressant. Combined and taken in excess, Codeine and Promethazine can make a person very intoxicated. It often causes people to lean to the side, birthing the nickname “Lean” for this drug cocktail. Purple Drank can be quite dangerous, as with all Central Nervous System Depressants. In large amounts, Purple Drank could cause the lungs and heart to stop working.

Combined and taken in excess, Codeine and Promethazine can make a person very intoxicated. It often causes people to lean to the side, birthing the nickname “Lean” for this drug cocktail. Purple Drank can be quite dangerous, as with all Central Nervous System Depressants. In large amounts, Purple Drank could cause the lungs and heart to stop working.

History: Where Purple Drank Came From 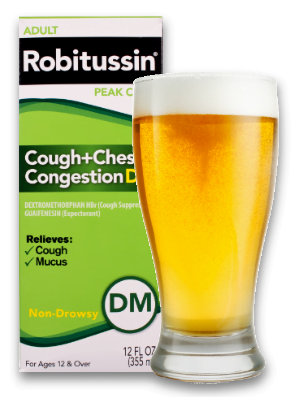 While the Purple Drink is popular now in all of the cities with big rap scenes, like Atlanta, New Orleans, Memphis and so on, it originated in Houston. In fact, Purple Drank dates back to the sixties as blues musicians in Houston’s South Park, 5th Ward and 3rd Ward neighborhoods started drinking Robitussin with beer. When wine coolers became available, they switched to these from beer.

In later generations, rappers in the same neighborhoods adopted the drink. That is when it became lemon-lime soda, specifically, being mixed with Codeine Promethazine syrup and when the Jolly Ranchers were added to the mix.

As the Drank started to find its way into song lyrics, starting with the mixtapes of Houston’s own DJ Screw in 1998, it became more and more known. DJ Screw’s most notable song that references Purple Drank is “Sippin Codeine.”

Ironically, DJ Screw died of a Codeine overdose with other drugs. This didn’t stop the cocktail’s growing popularity, though. Eventually, Lean became a common drug cocktail among rappers across the nation and a popular theme in their music, which often reflected the original “chopped and screwed” style started by DJ Screw and now is often marked by autotune.

Quick Facts:
In 2013, only 5 percent of American teens confessed to using cough syrup to get high; the figure has now doubled to 10 percent.

Artists and Songs that Mention “Lean” 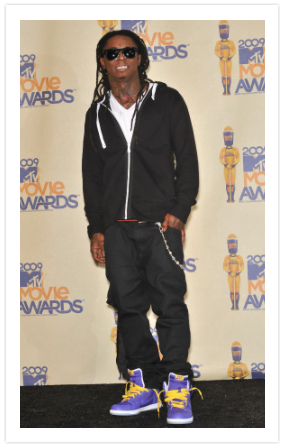 Purple Drank is mentioned countless times in rap songs — from Jay Z in the 1999 song, Big Pimpin’ featuring UGK, to Young Thug’s 2 Cups Stuffed in 2013. Lean music has been evolving in style as the drink continues to be a part of rap culture.

Three 6 Mafia released the song, Sippin’ on Some Syrup, that was about Lean in 2000. Their 2003 song, Rainbow Colors, is also about the drink. Not too long after in 2005, Beanie Sigel’s Purple Rain says “please don’t blow my high when I’m sippin’ that purple rain” about Purple Drank.

In 2006, Young Buck’s Sippin’ Purp followed. Chamillionaire, in his 2008 song, 2MPH, he talks about the slowed down effect of the drug, singing “sippin’, sippin’ on lean, sippin’, sippin’ on bo.” The trend continued until Lil Wayne, notorious for abusing the cocktail, took Lean music to a whole new level with the song, Me and My Drank, in 2009.

Lil Weazy’s movement was met by rappers like Slim Thug, Lil Flip, Gucci Mane, A$AP Rocky, Future, Soulja Boy and even Justin Beiber. Some of the more recent music about Purple Drank point out the addictive properties of the drug, so maybe there is hope that awareness is spreading. For example, Future says sadly in Codeine Crazy, “I’m an addict and I can’t even hide it.”

Regardless of growing awareness about Purple Drank’s dangers, many rappers and others continue to abuse the concoction well knowing the possible consequences.

Purple Drank is Not Harmless: This Drank Kills

On its own, as the Codeine Promethazine cough syrup with soda, Purple Drank can have serious and deadly side effects, but many people add Alcohol to the mix or take other drugs with it. This makes the drink exponentially more dangerous.

Already, the two active chemicals in Lean suppress the respiratory system and CNS. When Alcohol, another CNS Depressant, is tacked on, the risk for ceased breathing or heart failure only increases.

Teenagers and young people are especially prone to the dangers of Purple Drank. Many individuals in this highly vulnerable population don’t understand the true dangers of Purple, thinking that it is harmless. Many believe that, because it is a prescription and comes from a doctor, it is safe. This, of course, is not true, sadly.

While young people are more impressionable because their decision-making faculty is not yet fully developed, their idols preach about how great Purple Drank is in their favorite songs. The sweet flavor of the soda and the candies in the drink make for a final selling point to the younger crowd.

Quick Facts:
Of the estimated 2.1 million Americans who are addicted to prescription opioids are abusing Promethazine Codeine.

As Lil Wayne confesses in his song, I Feel Like Dying, a Codeine addiction will leave you feeling sick, hopeless and lost. When people become dependent on something like Codeine, that is physically and psychologically addictive, their body begins to need the substance to function. To add to the mess, they begin to believe that they need the substance to be happy or to feel normal.

I Feel Like Dying is an eerie song that repeats the refrain “only once the drugs are done do I feel like dying.” Once the drugs leave the body’s system, when addiction has developed, a person will feel physically sick, emotionally depressed and desperate.

Addiction is a downward spiral that just keeps reinforcing itself, a relapsing disorder that requires treatment. Drinking Purple can also lead people to abuse stronger Opioids that are even more dangerous and more prone to chronic addiction, like Heroin. You can ruin your life, though, just by drinking Purple alone without ever moving on to harder stuff.

Rehabilitation for Codeine addiction is available and highly recommended. Drug and Alcohol rehab and other forms of treatment for addiction are the best ways to deal with a Purple Drank problem or any other substance abuse issue. We’ve lost multiple talented artists to Codeine cough syrup concoctions, and way too many youths. It’s time to stop glamorizing addiction of any kind and talk about ways to heal from substance abuse instead.