The costs of driving while under the influence.

Alcoholism is a disease that does not discriminate; it can affect anyone regardless of race, age, or religion. Alcohol is a dangerous drug and can cause fatality in various ways including drinking and driving. Laws have been created because of this, but these are not solely about punishment, but rather, they are about helping people. For those who are arrested for a DUI, laws are put into place not just to prosecute them, but in some cases to help them with court-ordered treatment.

Offenses involving alcohol are detrimental. A study by the University of Montreal in 2001 showed that there is an “almost automatic” relationship between crime and substance abuse. Furthermore, the National Council on Alcoholism and Drug Dependence looked at data from the FBI and found that 80% of incarcerated people also abuse alcohol or drugs. Columbia University’s National Center on Addiction and Substance Abuse examined this data and explained that there are many inmates who broke the law while being intoxicated.

Who Is Eligible for Court-ordered Rehab?

You do not automatically get sent to a treatment facility if you have been arrested for DUI. Before court-ordering “alcohol education”, as it is called, a judge will look at:

There are a number of states that require people who have been convicted of a DUI violation to attend mandatory therapy if they want their license to be reinstated. This includes alcohol education at a state-approved program, and proof of this has to be provided to the DMV before a license will be reinstated. Alcohol addiction can harm your life and the life of others. If your drinking has got out of had- do not be afraid to give us a call. Our number is: (866) 578-7471 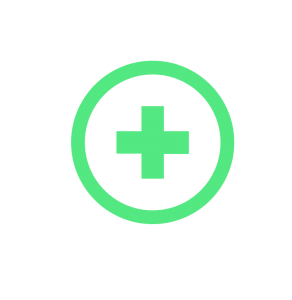 90% of deaths from poisoning are directly caused by drug overdoses.

In almost all cases, if you are assigned court-ordered rehab after a DUI violation, you will need to fund it yourself. The cost of treatment will vary. Some of the factors that influence the price are:

If you are court-ordered to attend treatment, but you cannot pay for it, then you will be referred to facilities with sliding payment scales. This means that you will only pay what you can afford, when you can afford it. The Substance Abuse and Mental Health Services Administration has a full list of all treatment facilities across the country. They also offer a search specific for criminal justice clients, as well as a search for sliding scale payment options.

It is not known how cost effective court-ordered treatment is for DUI offenders. In 2002, 41 percent of traffic deaths in the United States involved drinking and driving. In 1998, the cost of alcohol abuse, without counting treatment and prevention costs, was 177 billion dollars.

Just how cost effective the court-ordered treatment is will depend on what is classed as a positive outcome. It could be a reduction in work-related costs, legal costs, or health care costs. There have been a number of studies that have shown that court-ordered rehab is highly cost effective. However, these studies by the National Institute on Alcohol Abuse and Alcoholism have also shown that going to a more expensive treatment facility does not increase the likelihood for better outcomes. The NIAAA also found that the most cost-effective measure is outpatient treatment, but it is rare that this type of treatment is likely to be truly beneficial to those who have an alcohol dependency. However, the NIAAA did find that a 21 day stay in an inpatient facility was as effective as a 28 day stay, but far more cost effective due to the reduction in cost.

It is important that some research is completed to determine just how effective court-ordered treatment really is. This will depend on a variety of factors, including the offender’s motivation. Some will feel forced into going, which can lead to resentment. The NIAAA completed Project MATCH in 2000 and was able to determine that motivational enhancement therapy was more likely to be successful in court-ordered situations to combat this resentment.

Looking at the aforementioned price tag of $177 billion, the NIAAA has reported that only $7.5 million was spent on treatment in that same year. It would make sense to see an increase in spending on treatment, thereby reducing the other costs and lessening the various negative consequences. However, health insurance providers are able to deny coverage if treatment is court-ordered rehab services. If they do agree to pay for it, they often don’t cover a long enough stay, or an intensive enough program.

Court-ordered Rehabilitation Instead of Incarceration

When it comes to the law, having a driver’s license is a privilege, not a right. If people want to get their license back after having it had suspended following a DUI violation, they will have to earn that privilege. To do this, they usually have to go to “DUI school”, as it is called. Before being able to go there they usually have to undergo a counseling session where they will be evaluated for alcohol abuse, dependency, and alcoholism. If it is found that dependency or abuse is present, they will be referred to:

There continues to be some concern about how effective court-ordered treatment is in terms of helping people recover from substance abuse. This is because of motivation. It is known that people can only recover if their motivation comes from within. Treatment can still be successful even if the participant is not willing. The National Institute on Drug Abuse has found that those who have court-ordered rehab have better attendance rates and remain in rehab for longer. While this may be because of the consequences if they do not attend, the reality is also that they will then be exposed to more treatment.

There is some opposition to this idea as well, as the NIAAA says that the idea of “getting help or else” can push people away. This is where motivational enhancement therapy for substance abuse comes in. This therapeutic approach helps those who do not yet agree that entering a rehab program will help them in any way. Through all therapeutic and counseling approaches, a therapist guides patients to understand the cause and effect relationships in their behavior. With motivational enhancement therapy, this is done in a much more rapid manner, usually in just four sessions. During these sessions, the following topics are addressed:

NIAAA has completed extensive research in motivational enhancement therapy, and they have found it to be very successful in cases of alcoholism. Participants are more willing to receive treatment, and it also helps them to reduce their levels of alcohol consumption. The resulting conclusion is that motivational enhancement therapy is more successful in getting people into more treatment.

There are other forms of court-ordered alcohol or drug treatments as well. Those who have been convicted of a DUI violation also have a co-occurring disorders. If this is not addressed, they are more likely to return to their addiction once they are enter back into the real world. Long term treatment may be required, which can be imposed as part of their sentence, usually as an alternative to probation.

The law recognizes that there is a difference between people who are likely to become repeat offenders and people who committed a genuine, one time only mistake. If people are “screened”, meaning that they enter the drug court system, it will be determined whether they have a high risk of re-offending. Risk factors include current mental health problems, a history of drug abuse, or dangerous lifestyles. It is likely that individuals of this kind will be put forward for court-ordered rehab to address addiction. If you are ready for the help you need, call our service coordinators any time at (866)-578-7471 and start making change for the better.

How Long Is Court-ordered Rehab?

As in any aspect of a DUI case, how long people need to go to DUI school depends on a range of factors. These include how many prior offenses they have committed within a set period of time.

For those who are first offenders, they usually have to attend three hour sessions for a 12 week period of time, which equates to 36 hours of courses. Sometimes, people may even receive a restricted license in this case, which means they can drive themselves to the course.

Second Offenders
For second offenders different phases of treatment will usually be ordered. This generally starts with having to attend sessions every week, eventually reduced to once every other week, until they graduate.

In case of repeat offenders, they may be put forward for an intensive 30 day program. Some states have mandatory alcohol education classes. With excellent plea bargaining and skilled negotiation, how long they have to attend this can often be reduced.

Impact of Court-Ordered Treatment After DUI

According to NIDA, drug courts and court-ordered treatment after DUI is a very positive development. They have found that the legal pressure this causes increases how long people are likely to remain in treatment, as well as providing them with the necessary motivation to stick to their program. NIDA has also cited a number of studies that showed that those who are coerced into receiving treatment have as good outcomes.

The National Association of Drug Court Professionals concurs with NIDA on this. They have stated that they are “the most effective justice intervention” in terms of treating people who broke the law as a result of substance abuse. In fact, the NADCP has stated that drug courts can help reduce crime and substance abuse, as well as saving both lives and money. They also feel that court-ordering someone into treatment is better than standalone treatment, jail, or probation. Research has shown that people are six times more likely to remain in treatment if they are ordered to do so through drug courts, staying long enough to improve. Without this legal supervision, 70% of people classed as alcoholics leave treatment early.

Drug courts work and so does court-ordered rehab. It is also true that their power comes only from the fact that people are afraid of spending time in jail or having a criminal record for the rest of their lives. It is possible to avoid this by trying to address the problem before it becomes a legal issue. If you are worried about your own level of alcohol consumption, or that of a loved one, then help is out there for you. Call us at (866)-578-7471 to start your journey in recovery today.