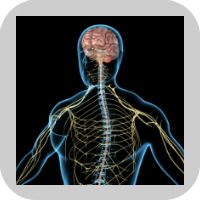 Abusing Inhalants slows down activity in the nerve complex of the brain and spinal cord. Some inhalants, like solvents, create feelings similar to drunkenness, though the perceptions are much more distorted.

Most of the short-term effects of abusing inhalants include double vision, memory problems, blacking out, slurred speech, seizure, or death caused by irregularity in the heartbeat.

There are long-term consequences of abusing inhalants as well, including permanently diminished control over muscular motions; peripheral neuropathy that creates weakness, numbness, and pain in the hands and feet; loss of vision; damaged cognitive ability; dementia; and kidney damage that renders the body unable to filter toxins or expel urine and waste.

2) Inhalants are categorized into 4 groups. 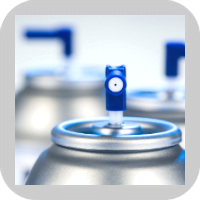 Unlike with a bad Heroin addiction, and other commonly known illicit drugs, inhalants do not need to be purchased illegally or sneakily acquired. They appear in many household and industrial products.

Inhalants that you may know of are felt-tip markers, gasoline, glue and spray paint, but there are much more. The effects and dangers vary greatly depending on the kind of inhalant abused as well as how it is used.

3) Volatile Solvent Inhalants are liquids that evaporate at room temperature. 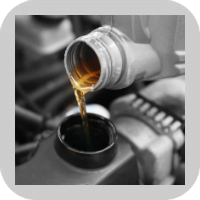 Depending on which Volatile Solvent, the chemicals that are causing intoxication may be different and the effects may vary. Nail polish remover, paint thinner, felt-tip markers, and gasoline are just a few substances that fall into this category of inhalants.

As you can see, while some of these things may require some effort or creativity to acquire, like gasoline, some of them are probably lying around most houses or can be purchased easily at the store, like nail polish remover.

Aromatic hydrocarbons, like toluene and xylene, are sometimes the chemicals in Volatile Solvents that incite their intoxicating effects. This is the case with markers, paint thinners and spray paint.

Sometimes Volatile Solvents contain aliphatic hydrocarbons, which is the case with gasoline. Hydrocarbons are the most commonly abused inhalants as they cause a strong surge of euphoria.

4) Aerosols are sprays that have propellants or solvents in them.

Some examples of common Aerosols that might be used as Inhalants are spray paint, hair spray, fabric protector sprays, spray deodorants, dust cleaners, as well as cooking oil sprays. These are often sprayed into plastic bags from which the user will inhale the fumes, also known as bagging.

Many of these products, like Volatile Solvents, can be found around the house and would be easy to get your hands on. If you suspect that your child or loved one is abusing inhalants, items, like these going missing or being unexpectedly empty, are signs to pay attention to.

Aerosols produce similar effects to Volatile Solvents, but the actual chemicals that cause intoxication in these products vary depending on what kind of Aerosol is in question.

Hairsprays, for example, contain butane or propane which are considered aliphatic hydrocarbons. Aerosol propellants on the other hand often contain refrigerants like haloalkanes or difluoroethane, which is the case with cooking oil sprays and dust cleaner sprays.

5) Gases include medical anesthetics in addition to commercial items. 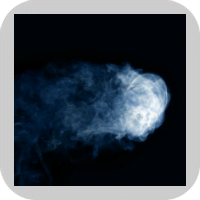 Many gases that are used as inhalants are a bit more difficult to obtain, like anesthetics used for medical purposes such as ether, halothane, chloroform, and nitrous oxide.

These are less commonly abused, aside from nitrous oxide, which is one of the most popular inhalants to use.

Nitrous oxide is easy to come across, found in whipped cream dispensers, also known as whippits.

Sold separately in small containers meant to refill the dispensers for at-home use, whippits are often sold to target recreational users in head shops.

Nitrous oxide is inhaled directly from the container and induces a dream like state of mind that often includes hallucinations. Gases like butane and propane are also commonly huffed and can be found in commercial products like lighters or propane tanks.

6) Nitrites are more exclusively their own category, primarily used for sexual enhancement. 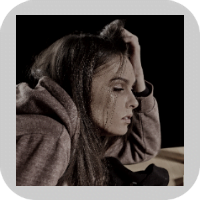 While there is a lot of overlap among the other three categories of inhalants, Nitrites are considered a unique class and stand on their own chemically. Casually referred to often as poppers, Nitrites cause blood vessels to dilate creating an immediate rush to the head and then relaxation in the muscles.

Poppers contain isoamyl nitrite, isobutyl nitrite, or cyclohexyl nitrite which all have virtually the same effect. They are typically used as

Poppers contain isoamyl nitrite, isobutyl nitrite, or cyclohexyl nitrite which all have virtually the same effect. They are typically used as sexual enhancements, rather than for mood alteration and intoxication, due to the muscle relaxing properties.

These are sold as poppers in some stores and can also be found in, or labeled as, leather cleaner or air fresheners. Many consider these to be of low concern on the spectrum of inhalants, but like many other inhalants, Nitrites can cause Sudden Sniffing Death. 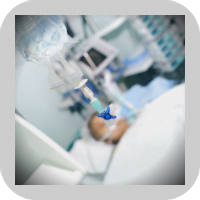 Sudden Sniffing Death Syndrome (SSDS) is perhaps the most terrible possible consequence of huffing. This is typically caused by cardiac arrest, as the inhalant makes the heart beat speed up and become irregular.

SSDS can happen to anyone from only one use of most inhalants and is particularly linked to butane, propane and Aerosols. In addition to SSDS, use of inhalants can cause a number of other dangerous complications.

Beyond this, though, there are accessorial dangers to huffing. It is common to become unconscious from inhalant use which causes many dangers. Many people suffocate while bagging, for example, passing out with the plastic bag still over their head. It is also common to choke, as many inhalants will cause the user to vomit and there is a risk of inhaling the vomit while unconscious.

8) Young adolescents and early teens are most at risk. 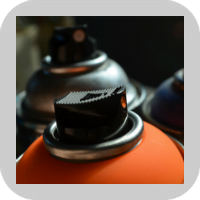 Children as young as 10 years old are known to begin experimenting with huffing and the most common demographic for inhalant use is kids between the ages of 12 and 17. Many kids use inhalants instead of alcohol or common known drugs because they are easier to obtain.

Additionally, many of these products can be purchased at a grocery store corner store and there is no age restriction. It is common that an inhalant will be the first drug that a young person has ever used.

Other at-risk populations are young adults and people who have abused other substances before. Many people who get off a common illicit drug may feel a particular temptation to huff because of the availability and presence of these products.

9) It can be difficult to detect inhalant use in a child.

Depending on the extent of abuse, evidence of inhalant abuse is sometimes hard to find. When people are in full-fledged addiction to inhalants, there often are many signs that are difficult for them to get rid of or hide.

Those addicted to inhalants may be discarding piles of empty compressed air canisters or rags soaked with gasoline, degreaser, or other products.

These people may have small burn marks from dust cleaner canisters or paint on their face. They might leave plastic bags with paint or other products in them lying around. They might slip away to the bathroom or their car to use and take a long time to come back.

Unfortunately, someone could die or experience serious complications from trying an inhalant just once. When kids are trying inhalants infrequently, it can be almost impossible to know that the use is happening. You can look for small metal cylinders that recharge whip cream dispensers, also known as whippits which are easy to obtain and popular among young people.

Any Aerosol canisters around the house that disappear or are unexpectedly empty may be indicators, but there are countless household products that could be huffed and are less conspicuous. Make sure you talk to your kids about the immediate dangers of inhalants and ensure that they are properly supervised.

10) Inhalant addiction is a serious problem and requires treatment. 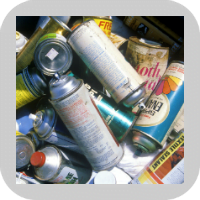 Rehabilitation for inhalant abuse is available and necessary for people who have developed an addiction to inhalants. Many believe that inhalant abuse is somehow different or less serious than other kinds of substance abuse.

The reality is that the effects of some inhalants are as powerful and addictive as common illicit drugs and these products can be obtained so easily that it shouldn’t be a surprise how common inhalant abuse is. This abuse can be particularly difficult to put behind you as products that can be huffed appear in households everywhere.

Once you have grown aware of these products, seeing hairspray or a can of dust-off in a friend’s house can be too tempting to refuse.

If you or a loved one is struggling with inhalant abuse, there is help available. There is a multitude of effective treatment options available that cater to specific needs and requirements. Don’t be afraid to reach out and rid yourself of this dangerous habit.