As a child, Jordan felt misunderstood and alone, eventually, leading to Opioid addiction. Jordan describes his upbringing as similar to that of an only child; his brothers are between 8-18 years older than him and were already living on their own.

Click Here to learn more about Childhood Emotional Neglect and Its Effects.

He tells us that when he was 5 his father’s kidney failed, and because he was born with only one kidney, he required a transplant. His parents traveled to Texas for the procedure leaving Jordan in the care of a neighbor.

Jordan goes on to say that the neighbor molested him and that he stayed completely silent about it until recent years. This event, he admits, changed the way he viewed himself and it taught him that people couldn’t be trusted. A few years later when he was 8, Jordan was diagnosed with OCD, depression, and anxiety.

Despite his mental illness’, he describes his childhood as normal; he was active in boy scouts, sports and his church community. He describes the physical health of his parents being the biggest struggle of his youth.

His mother was diagnosed with a type of small cell cancer when Jordan was leaving junior high. During high school, the severity of his mother’s condition made his father desperate to give her the best possible care but doing so left Jordan feeling separated from his mother for an entire year.

Jordan lived with his brother while his parents sought out a higher quality cancer treatment in California. He admits that this was the beginning of his rebellious tendencies.

With a heavy sigh, Jordan explains how his mother, a few days after returning from treatment and in remission, was hospitalized. Her condition worsened, and she was put into a medical coma. Two months after her return home, she passed away.

Jordan was in shock that she would pass away after just being cured of cancer—he felt betrayed by God. He couldn’t comprehend why a loving and caring God would allow this to happen to his family. Fueled by his despair, he began to experiment with using drugs and Alcohol.

Like so many others it started with a prescription Painkillers after getting his tonsils removed. He states, “I immediately enjoyed the sensation it gave me.”

Jordan soon started taking the left-over pain medication from his mother’s cancer treatment, in addition to drinking and partying on the weekends. He explains that he barely graduated high school by just meeting the minimum requirements.

Jordan describes college as being the place “where his addiction took hold of him.” He engaged in the constant use of OxyContin 80 mg and drinking heavily every day.

It was at this time, however, that OxyContin 80 mg were removed from production due to their highly addictive qualities and ease of use. Jordan, unable to get more, turned from Prescription Opiates to Heroin.

He recalls not knowing what withdrawals were; he didn’t have a clue that physical dependence had taken hold, only that he felt sick without it and needed something to substitute. Learn More about withdrawals from an addict.

Soon his family noticed he was losing weight and isolating himself. His father took him in while he was fully engaged in his addiction, expecting to see meaningful change or a step in the right direction.

Instead, Jordan manipulated his father to get money to fuel his addiction, becoming violent at times. Growing tired and his own health suffering, Jordan’s father and brother arranged an intervention.

At 20 years old and a slave to addiction Jordan agreed to go to treatment. He admits, “I wasn’t really ready for any change.” After six months of treatment in Long Beach, California, Jordan found himself drinking a few weeks after leaving.

A week later, he was smoking crack and injecting Heroin, an idea he received in treatment after hearing from others how he’d been wasting his Heroin. It was a choice that would take him much further down the path of destruction than he ever wanted to go.

A few months later he was homeless, stealing and robbing others to maintain his drug use. Miserable and sick he called his father who picked him up and took him to Prescott, Arizona, where he began another treatment program.

In and out of the rooms for several years Jordan struggled to accept his disease. He continued to try his hand at being a normal person but always found that he couldn’t control his addiction.

Eventually, the law caught up with him and he was charged with four felony drug offenses and sentenced to 18 months in prison.

Before going off to prison Jordan met a woman who, after a long road of suffering at his side, would become his fiancé. After he finished his prison sentence Jordan moved in with her and was doing quite well for several months.

Everything changed the day he got a call that his father had fallen ill and that Jordan needed to fly home to Seattle. After having a major surgery, Jordan’s father passed away.

The loss of his father sent him spiraling into intense IV drug use. Systematically, he pushed everyone he cared for away with his reckless and selfish behavior.

He found himself living in his car, suicidal and doing anything he could to avoid sobbing uncontrollably. After many overdoses and suicide attempts, Jordan found his way back into treatment.

Having nothing and no one by his side, he did 30 days of treatment, but this time he took everything he could from the experience. To his amazement, his girlfriend took him back and he hasn’t let her down again.

Jordan continues to work the 12-steps with his sponsor and attend meetings to be of service to others. He began to go to therapy, working with the trauma and grief that used to overwhelm him.

Additionally, he has sought help for his mental health. Having a proper mental health diagnosis and medication, Jordan has found significant stability.

He also opens up about how he found a spiritual way of life in recovery. Jordan feels that it’s his duty to help other people suffering from addiction to find the treatment they deserve.

Today, he hopes people in recovery will look inward for the root issues causing addiction.  He encourages anyone living with an addiction to begin diligently healing their wounds and start the path to recovery. Overcoming addiction is possible and we are here to help – contact us at (866) 578-7471. 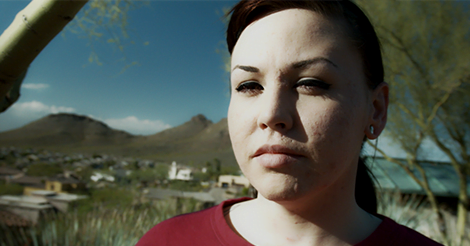