An Addicts Guide to Overdose 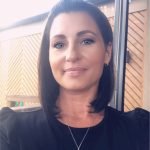 50,000 people die from drug overdose every year.
It just takes one overdose to change your life forever.

An overdose is your body’s response to receiving too much of a substance or mix of substances. It can be intentional (some use it as a means for suicide) or accidental. This can be done using illicit drugs, alcohol, prescription medications, etc. In most cases the best thing you can do is call 911 because in most cases overdoses are fatal. Just because someone has survived multiple overdoses in the past, doesn’t mean the next one won’t kill them.

In fatal cases, most addicts die of respiratory failure. This means they can’t breath, starving their heart, brain and other organs of oxygen. It’s not a pretty way to go and it’s always better to call 911.

A few years ago, Justin almost lost his wife when he introduced her to heroin for the first time. “We had an OD that should have cost us our lives” Justin shares the story of his and his wife’s overdose. For those in active addiction or recovery, we all have people who we lost to an overdose. It becomes only natural to lose people like this and we forget that next hit could be our last.

Different people respond differently to different drugs. Drug overdoses can involve people of any age. It is most common in very young children and among teenagers to those in their mid-30s.

Signs and Symptoms of Overdose

Whether you, or someone you care about uses alcohol, drugs, or a combination of the two, it’s important to be aware of the common signs and symptoms of an overdose. Remember that differences in the dosages, the type of drug or drugs taken, the route of ingestion, and the overall health of the overdose victim will all affect how severe it is. For example, your physical symptoms can include: 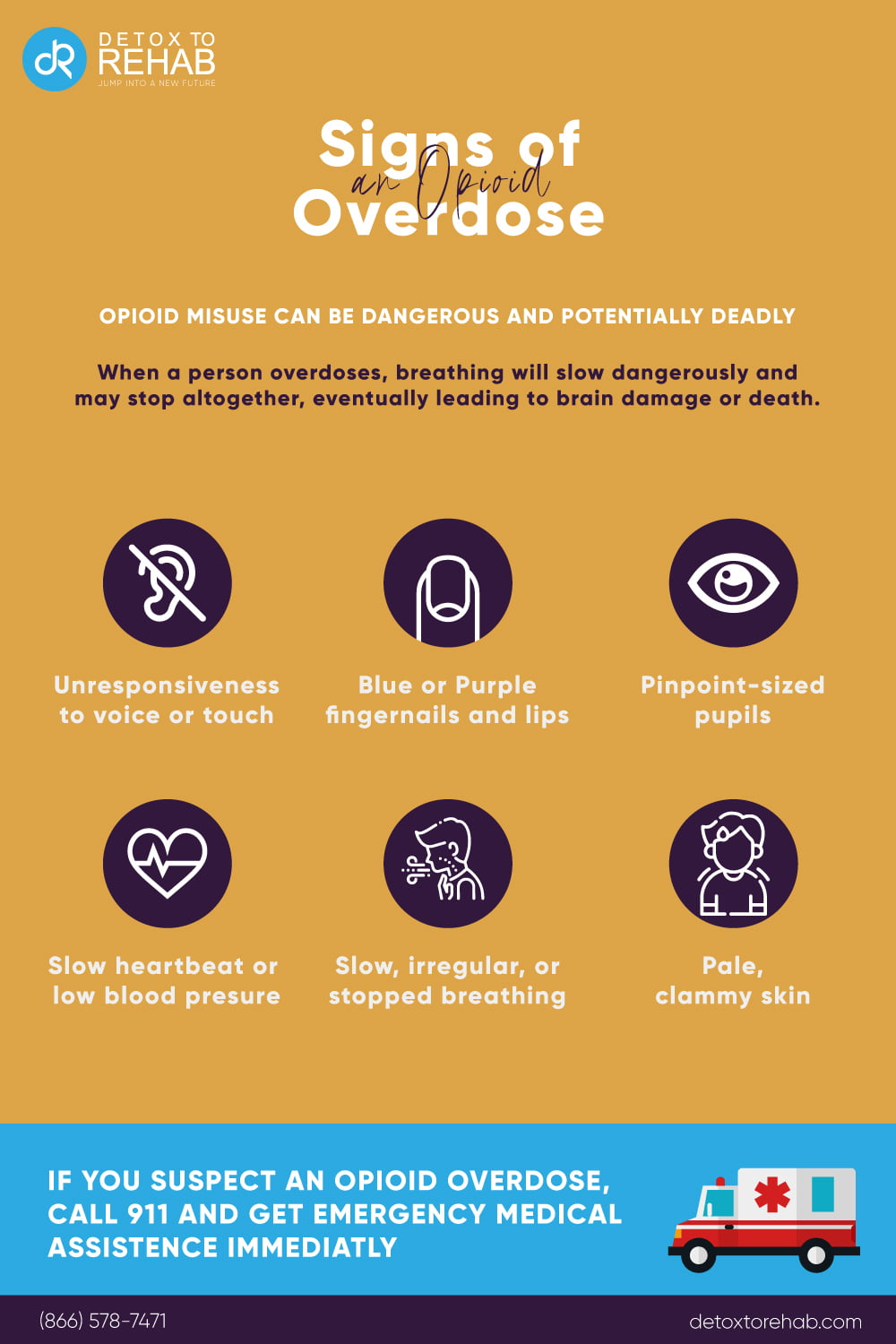 An overdose can influence your cognitive abilities as well. You might find that you have difficulty reading, trouble forming sentences, and experience short-term memory loss. Hallucinations may have you seeing objects, people and animals that aren’t there. This can lead to agitation, paranoia and violent, aggressive behavior.

In extreme cases, victims will experience a catastrophic health crisis, such as a heart attack, stroke, or complete respiratory failure. They may also fall into a coma and die. 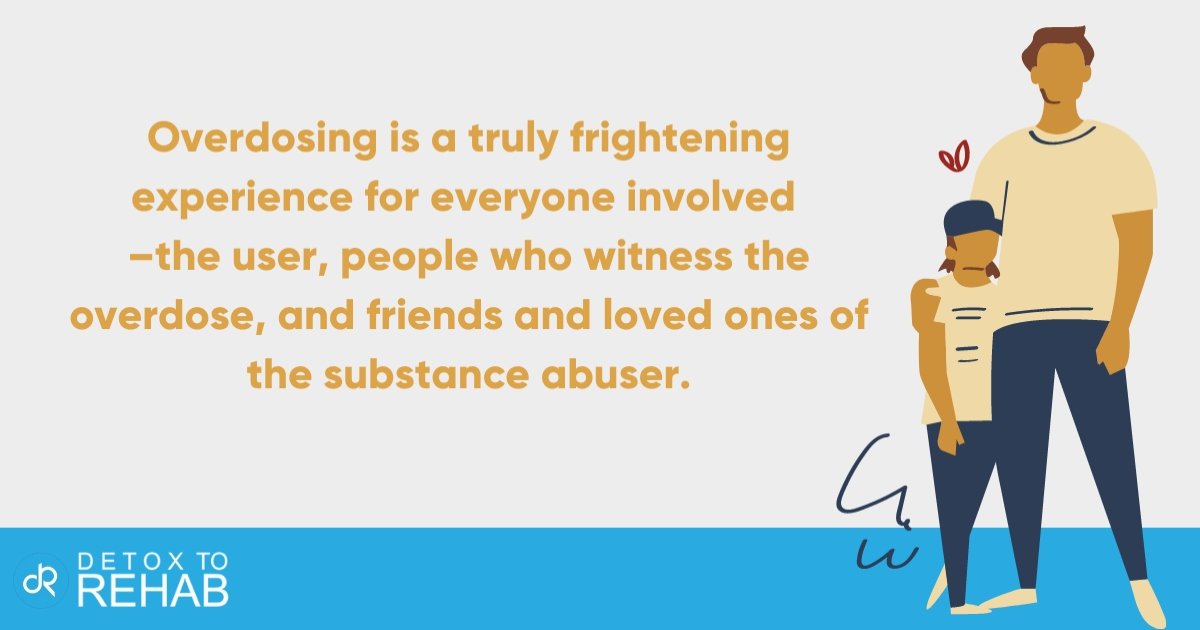 Overdosing is a truly frightening experience for everyone involved – the user, people who witness the overdose, and friends and loved ones of the substance abuser.

Overdose Stories: A Mother’s Story of Relapse and Fatal Overdose

This is Steffen’s true story of addiction. That last shot can be when you least expect it. The autopsy report revealed that he had overdosed on a small amount of heroin. This shouldn’t have happened but after spending one last night with his children, it only took one hit to be his last. He wasn’t found until that next morning. He was on the path to happiness when Heroin stole it away from him and his loving family. Watch Steffen’s story below:

“I saw his face and I knew at that moment that we was gone… It was a Heroin overdose.” 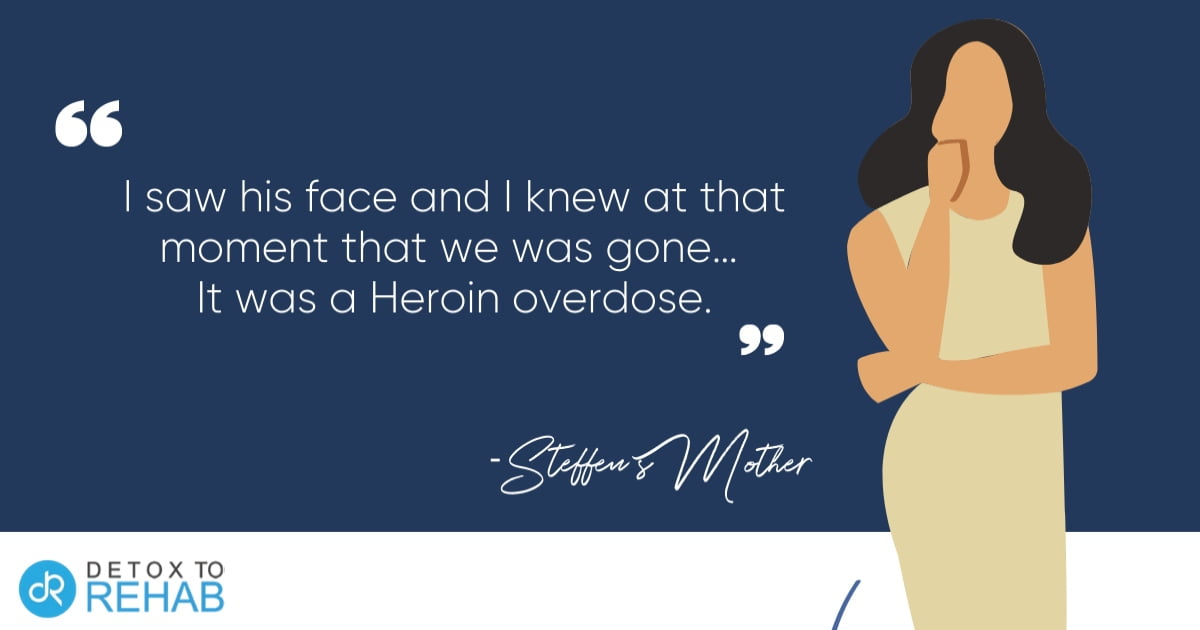 Our heartfelt condolences go out to Steffen’s family. He was a cherished son, father, husband, and brother.

By the age of 11, Dave overdosed for the first time.

Finding A Way Out Through Overdose

Sabrina’s father was strict and controlling, her mother who was emotionally available had her own issues of depression. Sabrina turned to drugs and cutting to cope with her home life and to fit in. Progressing in her addiction and trying Meth for the first time, Sabrina begins to fantasize about suicide to end all the pain. Sabrina decides to use overdose as her means of suicide. She woke up a few days later in the ICU and thankfully survived. Her road to recovery wasn’t over then however with time, the help of others she found the love and support she needed.

After His Mother Overdosed, Everything Fell Apart

Brady’s mom overdosed on Xanax and Oxycodone. This caused his addiction to spiral because of the loss of his mother put him in a bad place emotionally. He started drinking all day and night, while still doing drugs to try to numb his feelings. Watch the video below;

Mixing Substances: It Sounded Like A Good Idea At The Time

Certain drugs alter how your body metabolizes other drugs, which can dramatically change the effect substances have on your cognitive abilities and physical well-being. For example, if you drink alcohol and take benzodiazepines, the depressant effects of both substances will be magnified, making the chance that you’ll overdose much higher than if you simply consumed alcohol or only took benzodiazepine.

While medications such as Naloxone or Narcan have helped save countless addicted people from fatally overdosing on Opiates, in some cases there is simply no treatment available to help reverse the effects of a drug overdose.

In 2014, about 2 million Americans abused or were addicted to prescription opioids.

Overdose is a dangerous and deadly consequence of heroin use. Heroin depresses heart rate and breathing to such an extent that a user cannot survive without medical help. The main thing to look for is shortness of breath or stopped breathing. Depressed breathing looks like: 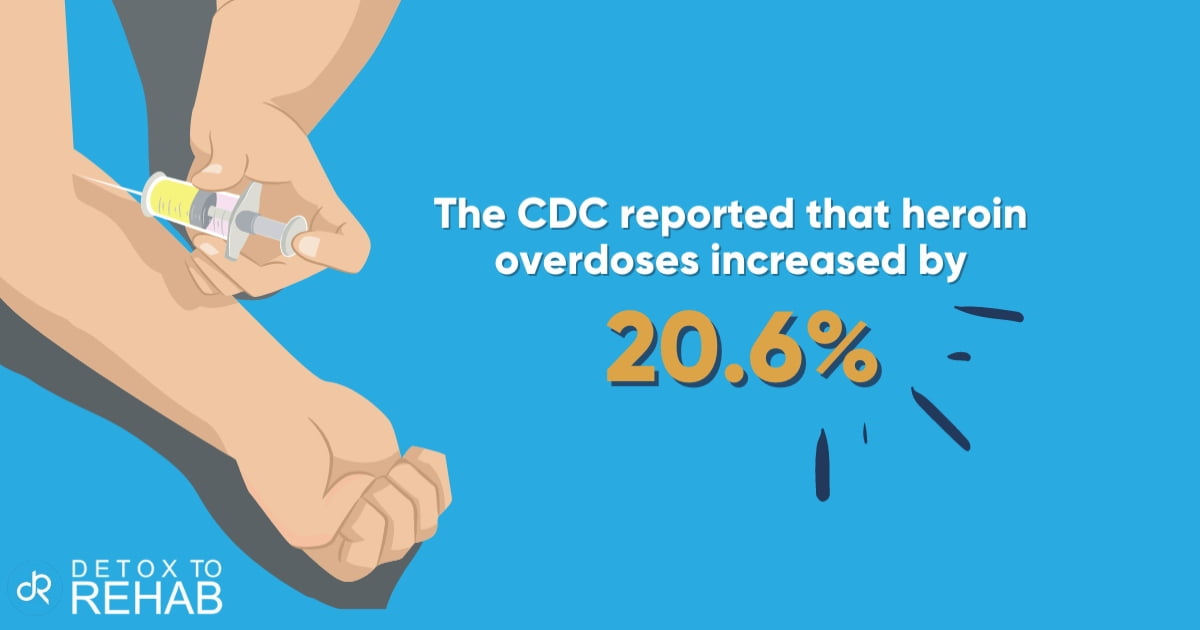 The CDC reported that heroin overdoses increased by 20.6 %

A person can overdose on depressants. This occurs when the person uses enough of a drug to produce life-threatening symptoms or even death. What happens is their breathing often slows or stops. This can decrease the amount of oxygen that reaches the brain, a condition called hypoxia. Hypoxia can have short and long-term effects on the nervous system, including coma and permanent brain damage.

Opioid’s are no joke as they’re one of the easiest substances to overdose on. The human body has opioid receptors in several different areas, including the brain, central and peripheral nervous systems, and the gastrointestinal tract (see image below). When using an opioid, these receptors are activated and slow the body down. When the body becomes overwhelmed by opioids, all of these receptors are blocked, and it can’t perform other essential functions such as breathing. 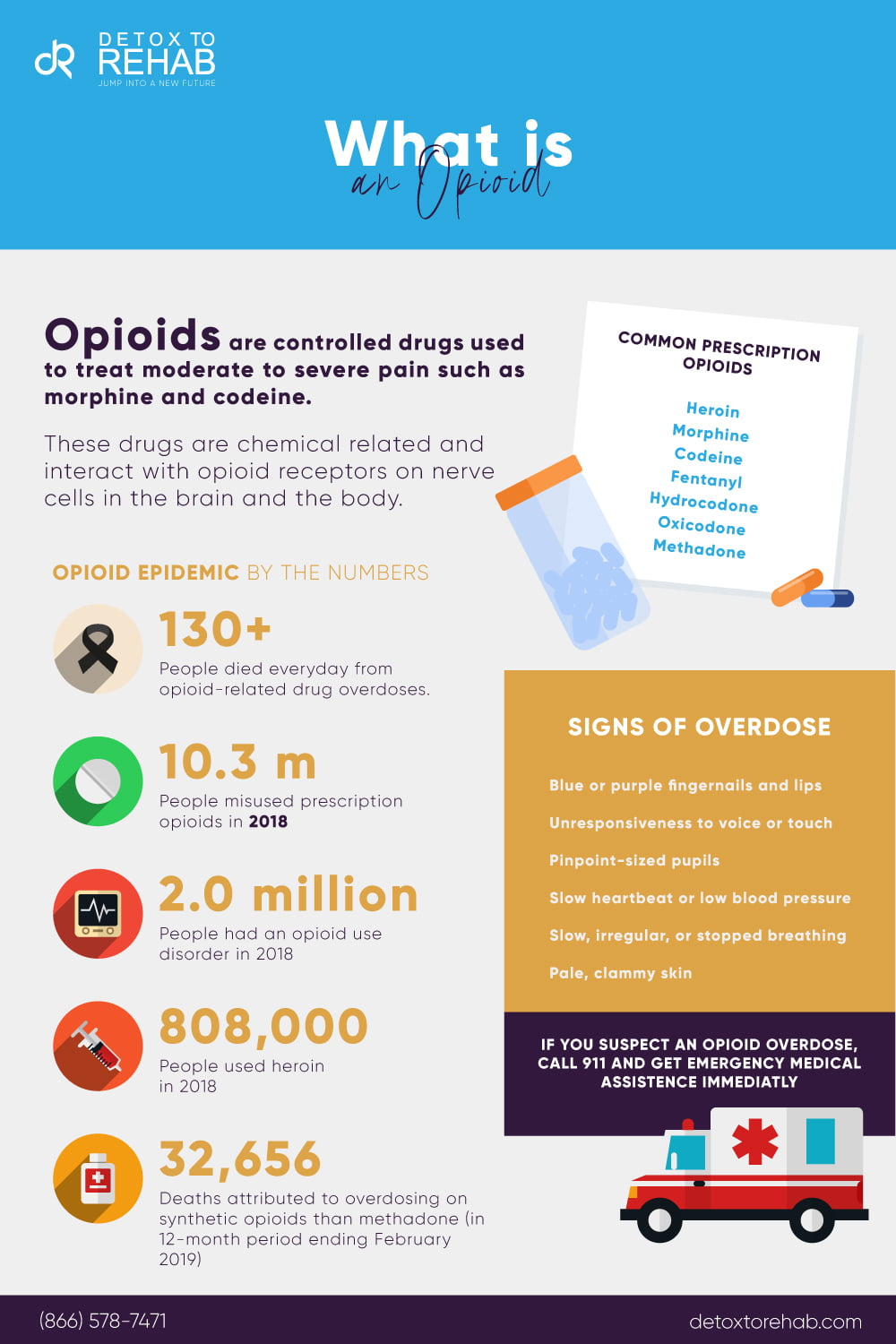 An alcohol overdose occurs when there is so much alcohol in the bloodstream that areas of the brain controlling basic life-support functions—such as breathing, heart rate, and temperature control—begin to shut down. Symptoms of alcohol overdose include mental confusion, difficulty remaining conscious, vomiting, seizures, trouble breathing, slow heart rate, clammy skin, dulled responses such as no gag reflex (which prevents choking), and extremely low body temperature. Alcohol overdose can lead to permanent brain damage or death.

Few people are aware that you can also overdose on stimulants, which is sometimes referred to as ‘overamping’. Symptoms of overamping can include extreme anxiety, paranoia, panic, hallucinations, extreme agitation, aggressiveness, restlessness, and hypervigilance. In some cases, a stimulant overdose can cause stimulant psychosis leading to paranoia, auditory and visual hallucinations and delusions of persecution. Some people will also have suicidal thoughts.

What to Do if Your Loved One Overdosed?

If you suspect someone overdosed, call 911 immediately. This is a medical emergency and if left untreated can be deadly. Some people hesitate to call 911 because of illegal drugs being involved. This fear can potentially prevent your loved one or friend from getting the medical treatment that they need and it could lead to irreversible consequences. 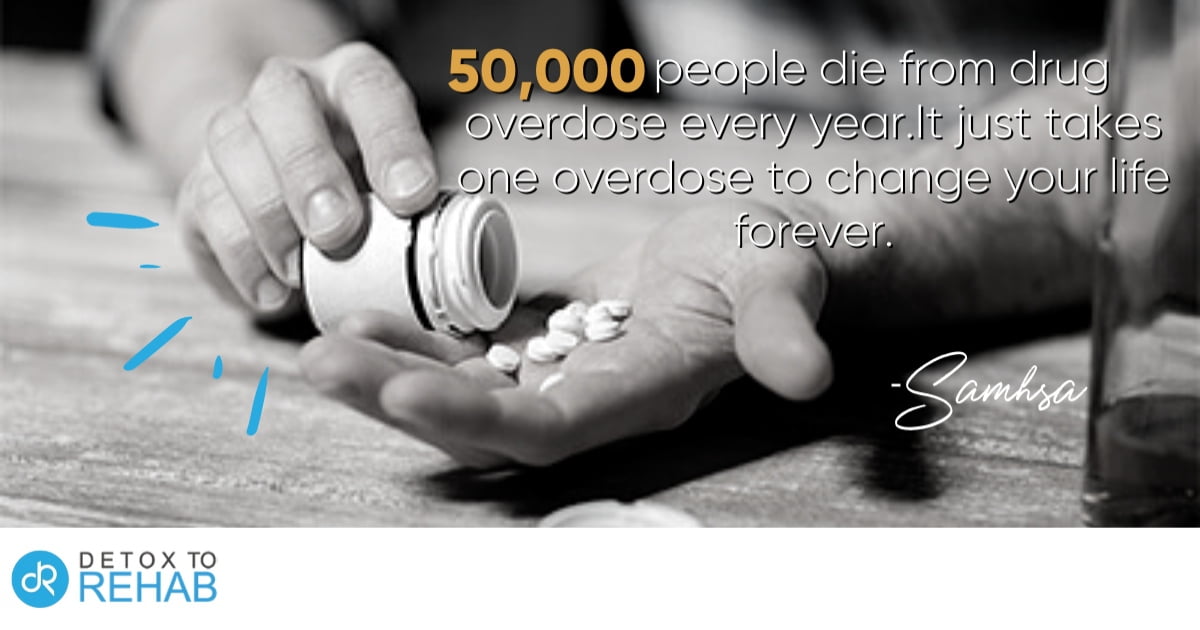 In cases where the person who is overdosing is still conscious, try to ask the victim what substances they’ve taken – different drugs require different antidotes and treatments, and the more information you can provide to the first responders, the better.

Remember that some drugs can cause users to become hostile, aggressive, and even psychotic, so it’s important to keep yourself safe while trying to get help for the overdose victim. The victim may not realize that they are in danger, and they may be unwilling to accept help – in these cases, law enforcement officials may be able to intervene.