Difference Between Oxycontin and Oxycodone Are Oxycodone and Oxycontin the same thing?

It is easy to confuse Oxycontin with Oxycodone because they are very similar drugs, but there are a couple important differences that should be made known. While they are almost the same chemically, taking either of these drugs incorrectly way may be life-threatening. Learn the difference between Oxycontin and Oxycodone prior to taking either drug. 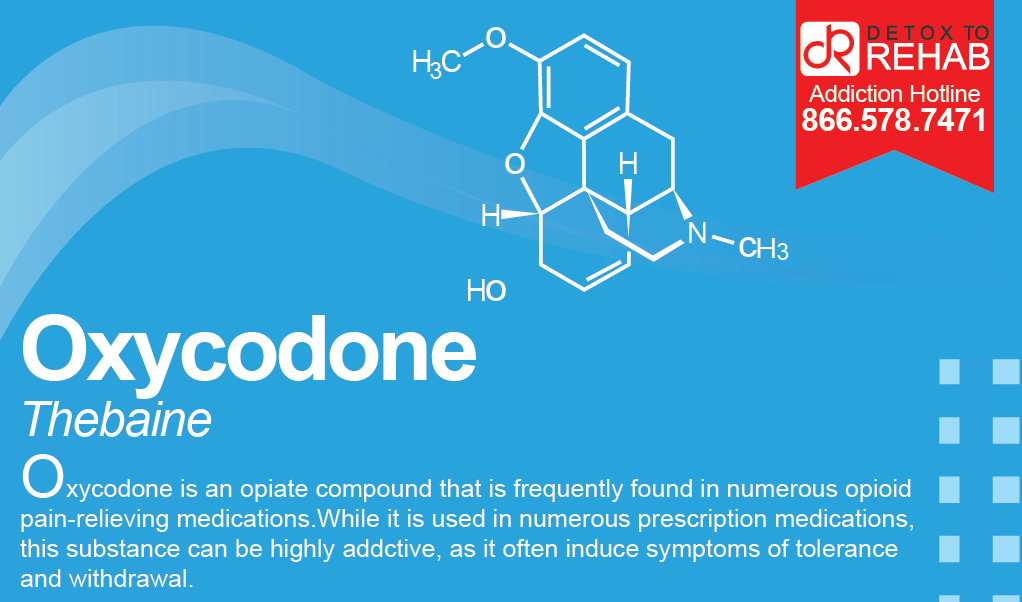 Differences in Oxycontin & Oxycodone for Pain

These two differences cause the uses for each medication, in practice, to differ. Oxycodone is used for the short-term to treat temporary conditions. It is often used to treat pain after surgeries or injuries during the healing period. Oxycodone, because it is designed as an immediate release, can be cut into pieces to be taken in smaller doses or crushed up.

It is short-lasting which is why it can be taken every four to six hours. Oxycodone is sold as other generics, such as Percocet and Tylox, but Oxycontin is not manufactured with any other names. Oxycontin is not prescribed for ordinary pains and is used, instead, to treat severe and chronic pain. It is prescribed most often in the last stages of chronic illnesses. For example, it is often given to patients in developed stages of cancer. Because it is extended release, it should never be cut or crushed up. Crushing and cutting up Oxycontin will deactivate the slow release mechanism, which can be incredibly dangerous. It can only be taken every twelve hours because it is a long-lasting drug.

While Oxycontin and Oxycodone are easy to mix up, crushing up or breaking Oxycontin into smaller pieces can result in taking a lethal dosage of the drug. When the extended release mechanism is deactivated, the full amount that is meant to last an entire day will be absorbed all at once. This could easily cause an overdose that often leads to seizures, brain damage, coma or death.

Overdosing on Opioid medication is a very serious risk and mixing Opioids with Alcohol or any other substance(s) that suppresses the CNS (Central Nervous System) increases these risks substantially. Mixing  If either of these drugs is abused frequently, overdose is more likely. When such highly addictive prescription painkillers like these are acquired illegally on the street, it may be difficult to know which form of the Opioid you are taking. Some dealers may sell either of these drugs under different names or sell pills that have been tampered with in some way. For these reasons, Oxycontin and Oxycodone should never be taken without a prescription and proper dosage should always be established by a doctor.

Those who abuse Oxycontin are 19 times more likely to begin using Heroin.

All Opioids have similar effects, though they vary in concentration and strength. Opioids bind to receptors in the CNS (Central Nervous System), changing an individual’s physical and emotional response to pain which is very effective for pain management. They also are known to cause feelings of euphoria, well-being, impaired motor control and sleepiness.

Opioids are CNS Depressants, meaning that they slow down the activity and communication of the CNS. The CNS is the complex of nerves in the brain and along the spinal cord and it controls most of the body’s essential functions. These include the respiratory system and cardiovascular function. This is what makes these drugs so dangerous when abused. If taken in excess, Opioids can slow down these important functions of the body to dangerous levels. When the respiratory system is suppressed too much, a person’s breathing may become very shallow, slow or stop altogether. When the heart is affected, the heartbeat may become slow, irregular or stop altogether as well. Lack of oxygen or blood in the brain or other parts of the body can cause the previously mentioned effects associated with an Opioid overdose. An Opioid overdose can be lethal requiring immediate attention. Today, there is Narcan, an Opioid overdose antidote commonly used today that saves lives from a lethal overdose.

5 percent of teens in the United States use Oxycontin Illegally. That is more than 1 in every 20.

People who heavily abuse Opioids are at a high risk of developing an addiction if they already haven’t. Because Oxycontin is a higher concentration Opioid, the likelihood of developing an addiction to it is also higher. Therefore its use is limited to circumstances of severe and chronic pain, typically for easing the suffering of individuals in the late stages of cancer and other chronic diseases.

An addiction to Oxycodone and other generics can easily be developed as well, but these drugs can be useful for temporary pain management when taken as prescribed.

Its habit-forming nature is the reason why this drug should only be prescribed for the short-term. When taken regularly for extended periods, it is very probable that a tolerance and dependence will form. Once the dependence has been established, the person will start to suffer from the symptoms of dope sickness once they stop using.

It is important to know the distinction between Oxycontin and Oxycodone, as well as the dangers of abusing and confusing these medications. The risk of overdose is quite high when Oxycontin is taken inappropriately and both of these drugs warrant caution. Opioid abuse and addiction come with a high rate of addicts evolving their prescription Opiate addiction to a Heroin addiction.

90 percent of Oxycontin addicts do not get the necessary treatment they need.

If you are at all worried about the distinction between Oxycontin and Oxycodone, contact a medical professional to educate yourself further. If you are concerned about abuse, tolerance, dependence or addiction in regard to Opioids or any other substance, speaking with a substance abuse specialist could save your life. Call 866-571-7471 to talk to someone with expertise on addiction and substance abuse.