Healing from a Difficult Upbringing

Jeff was born in Chicago, IL in 1977 to a very young mother. He experienced a difficult upbringing due to drug addicted parents neglect. Jeff’s father was 11 years older than his mother and had been married with children prior to meeting her. He recalls his father being an abusive alcoholic who was physically abusive to his mother.

Eventually, Jeff’s mother got away from his father and got married to another man who was in the navy. Together they all moved to Virginia when he was 5 years old. Jeff’s new stepfather adopted him and his sister. Being old enough to read, Jeff one day realized that his sister’s duffle bag had a different last name on it. He recalls feeling weird when seeing it, making the connection that the last name on the duffle bag was not the same. His mother always ensured that Jeff and his sister were fed and taken care of. Jeff recalls that his mother made sure they always lived in a clean home.  Jeff’s mother liked to party and have fun, this only reinforced the normalcy of drug addicted parents. Most of the drinking and drugs she would partake in was done so socially, so naturally, Jeff grew up with the idea that this is the type of fun you have with friends. He recalls finding plates with straws underneath the couch and marijuana seeds in the ashtray. Even at a young age he recalls gathering the seeds in his hand and eating them from the ashtray.

In turns out that Jeff’s stepfather was a pedophile. Jeff and his sister were promptly taken from his mother’s custody. They were both bounced around from group homes to child crisis centers. His stepfather went to prison and by the time he was released from prison, Jeff was still going through the foster care system. He recalls most of the time being separated from his sister, with memories of only a few foster homes that actually accepted them both. His behavioral issues caused him to be bounced more than your typical child in foster care. Perhaps the things that Jeff had been through as a child resulted in these behavioral challenges, and he dealt with life the best way that he knew how. He recalls going to more group homes, psychiatric hospitals, and generally just being bounced around from place to place. Jeff was also placed in special education classes, but it was not because he had an actual learning disability. In fact, he remembers always completing his work before everyone else and getting the best grades. Jeff was placed in special education due to his behavioral issues.

With all of these challenges and being an easy target, Jeff was picked on and bullied by other kids. He frequently got in trouble at school and on the school bus. He recalls even at that young age being violent, manipulative, and already had begun a pattern of blame-shifting. Even as a young kid, he remembers feeling that everything was everyone else’s fault. He did not do well socializing with other kids in school. His sister, however, was more of a social person. She had friends to hang out with before and after school, but Jeff did not. He remembers feeling so different than his sister. A longing for connection to others and the ability to handle himself in a social setting began to grow with him from a young age. He dealt with his difficult unstable upbringing and living with drug addicted parents the best way he knew how.

Jeff spent some time in Juvenile detention in his teen years. After that, he spent some time in a residential treatment center. In his teen years, he moved back to Chicago, IL and attended an alternative school. He recalls his peers were even more troubled than he was, and this just added fuel to the fire. He sought out chaos and drama wherever he went. His ambition was to make the most money, have the sexiest girlfriend, and the best car. At one point, he and his friends from school stole a car and drove all the way to Florida. They eventually got caught and had to be flown back.

When Jeff was a senior in high school he dropped out of high school and came home one day to find all of the locks changed on the doors. This was a pivotal point in his life where he began his life of living on the streets.

Now being thrown out on the streets, Jeff continued to live his life on a path to destruction. Not knowing anything else but drugs, money, and girls. He eventually went to prison for his part in a residential robbery. In prison, he ended up in maximum security. Jeff recalls loving his time in max. He learned how to make hooch and began a bartering network to keep himself high or drunk. He got out of prison as 21 and began living life in the bars. Once he was off of parole, he moved to southern Illinois and met a woman. Together they moved to Waco, Texas. From there, they were invited to Phoenix to live with his older brother, so they accepted the invite. When they reached Phoenix, he realized that his brother was strung out of meth and that he was living in an abandoned apartment. Jeff began couch surfing in Mesa, staying anywhere that they could. He then shortly after met another woman while couch hopping and began a relationship with her. At the time they met, her children were already in CPS custody. Jeff realizes that he was attracted to the dysfunction because it’s all he knew. Together they were able to get stable enough to get her children back out of CPS custody, and they even had a child of their own. This is when Jeff himself took on the role of parental addiction similar to his drug addicted parents. Jeff’s girlfriend became increasingly upset because she had to stop drinking, while Jeff didn’t really have to so he refused to. Jeff then started snorting coke. He recalls that coke made him a “better alcoholic”. He then took the opportunity to start to sell coke to others, and he opened the door for a bigger supply because most of the time his customers would stay with him and do the coke at his house.

One afternoon, he began drinking immediately after he got off of work. He went out with his brother and his girlfriend and became involved in an altercation where he stabbed someone. The stabbing resulted in him spending more time in prison. In prison, Jeff was contacted by lawyers and caseworkers shared with him the unhealthy life that they were being exposed to. They let him know right then and there, they were taking his children to save them. One day while being evaluated upon coming to prison, a man said to him, “Glad to see you back! You’re gonna keep coming back until we either find the right mix of meds or you find God”. What this man said to Jeff struck him deeply. Jeff began to take the opportunity to read the Bible while he was in prison. He wanted to know the true characteristics of a Christian man and he wanted to follow that example. Jeff tried his best to do so and within one year of getting out of jail, he got custody of his children.

Unfortunately, Jeff, being a work in progress, still struggled with his violent tendencies… Sometimes it takes a while before the seeds that are planted actually produce fruit and this was so for Jeff. He ended up getting arrested for domestic violence for spitting in his girlfriend’s face during an argument. The police immediately took his children and they were put back into the system. Jeff wasn’t able to get custody of them again. He then returned to the lifestyle of partying with a woman who was married. While sleeping in her bed one night, he was attacked with a piece of rebar by the woman’s husband. This left him on life support, with one of his eyes being smashed and slightly pushed out of its socket. He woke up as they were taking the tubes and life support off of him. By God’s grace, Jeff survived. The man who attacked him received 10 years in prison for the attack.

Jeff continued on the same path that he was familiar with growing up with drug addicted parents. Using resources that he found from a local substance abuse treatment center, he was able to find placement in a sober living. At that time Jeff’s only aspirations were to find another woman so that he could live with her and was worried about all of the things he needed to fix in his life. One night as he was looking out into the night sky, he thought, if this is where God wants him, this is where he would stay. That night, he slept a lot better and more comfortable. The sober living required him to get a sponsor within 1 week and a homegroup and service commitment within 2 weeks. Jeff was soon after approached by a 70-year-old man who volunteered himself as his sponsor. He then realized that he had to start working the 12 steps but was very unsure about how exactly it was going to help him. Instead of fighting it with his skepticism, he surrendered and did the work. Within 90 days, he went through his steps twice with 2 different sponsors. Going through the first set of steps with his sponsor helped to save his life and removed the obsession to use and drink. Jeff’s sister eventually moved to Phoenix and he has a very good relationship with her. Breaking the family chain of drug addicted parents, he now also has a close relationship with his children. He runs his own sober-living homes and helps those who were once in his same shoes. Jeff now has a changed heart and is grateful for the ability to be a part of his children’s life. He expresses that the change that he’s gone through is a deep-seated change, not just a fleeting change on the surface. Life is good for Jeff. God worked a miracle in Jeff’s heart and was able to change his desires in life. Now, Jeff is eager to help others, even if it’s just by sharing his story.

Addiction Help for Loved One That Doesn’t Want It

Getting Addicted to Performance Enhancing Drugs 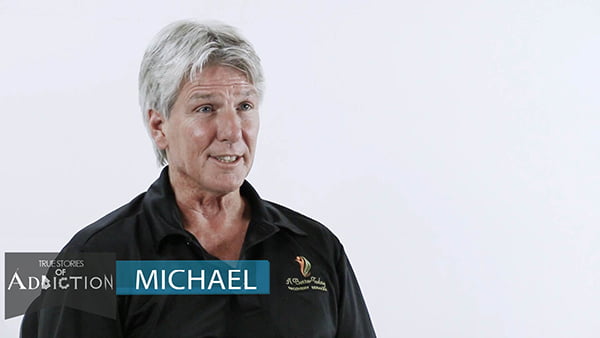 Read More
TTrue Stories of Addiction
The Beginning of a Tragedy At the age of 5 years old Michael developed a taste for alcohol.… 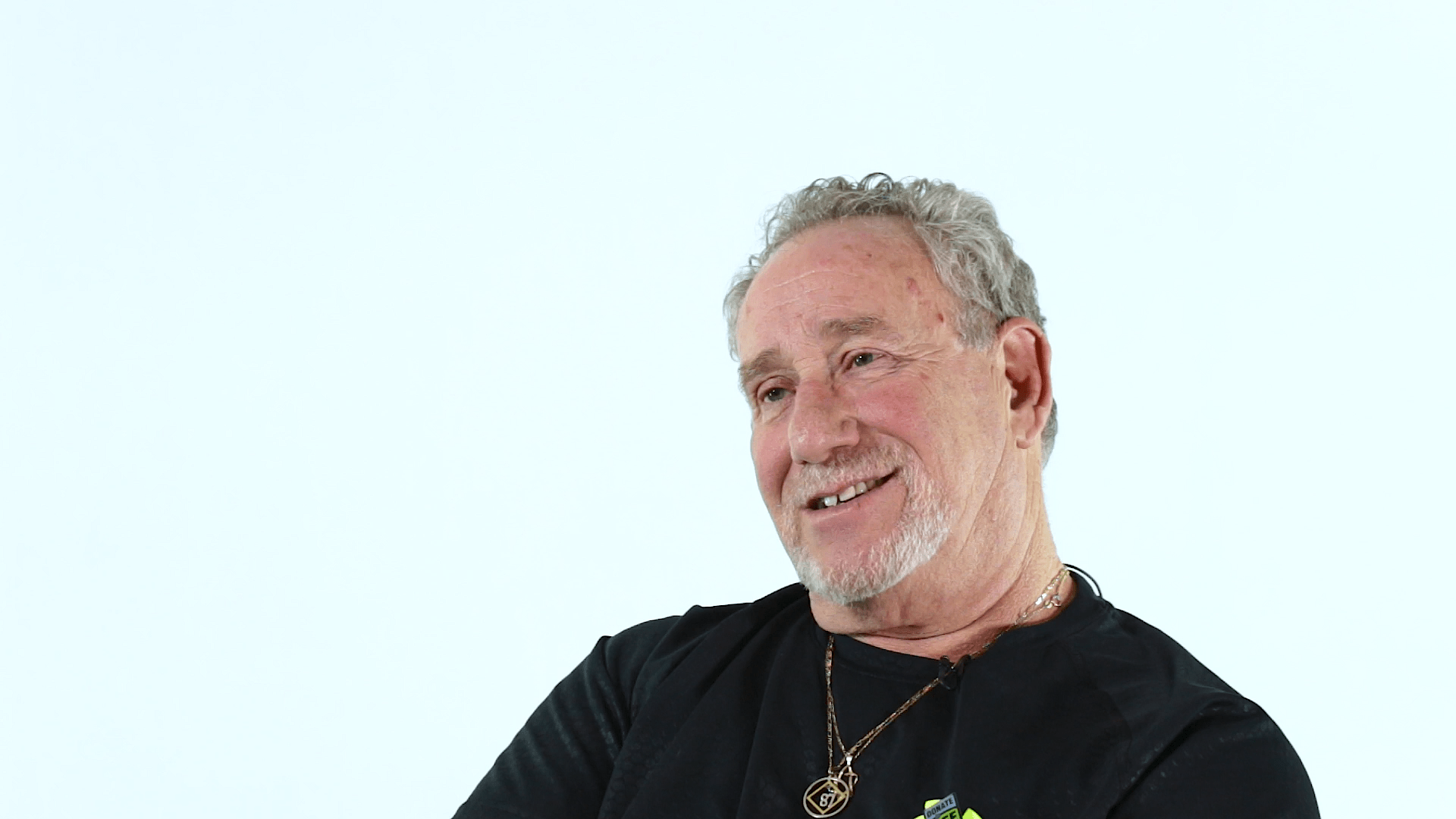