Paul was born into a family with a loving mother and father, but that didn’t stop him from painkiller addiction. Although family life was ideal, he still felt like he wanted something else.

Not feeling secure in his own skin, he battled suicidal ideations which almost took his life at age 12. Paul remembers sitting in church thinking, ‘I wanna die and I’m gonna shoot myself”. He went home and did just that.

Thankfully, Paul’s life did not end there. Fast forward into his teenage years, Paul began smoking marijuana at age 16. Hanging out with kids in school that were equally as troubled as him, he felt like he found somewhere that he belonged.

Soon, Paul’s risk-taking behavior escalated into taking basically anything that he could get his hands on. He had a friend who thought and acted just like he did.

Together, they were on a mission of heavy recreational drug use. They wanted to experience as many drugs as possible. The bond they shared was not beneficial for either of them and soon Paul’s actions got him expelled from high school.

Trying to Save a Relationship

One day, Paul decided that he did not want to live life drug-addicted. So, he started to change his actions. He then went on to college and graduated. After graduating, he married a beautiful girl and together they had a daughter.

Paul’s daughter was everything to him and they had a good relationship. At this point, Paul’s life did not reflect anything that it did when he was growing up. Because he had chosen to change his ways, he was no longer experiencing negative consequences.

Everything was going smoothly, and he had a career that he was proud of. Then came another pivotal turning point in his life. On his way home from work on his motorcycle, he got into a car accident that resulted in a serious leg injury for which he needed 13 surgeries.

With a great amount of pain resulting from the accident and surgeries, Paul’s doctor prescribed him Oxycodone to relieve the pain. Taking it as prescribed, there wasn’t much of a problem. Until one day, Paul cut himself at work and decided to take more pills than he usually would have taken. His act of abusing prescription medication did result in his painkiller addiction.

This prompted him to fall back into the cycle of active addiction. Almost as if it was a continuation of the path that he had started on as a teenager. Paul got off of that path to live a better life, only to be pulled back towards that path later on. Sometimes, that’s how addiction works.

Paul began to experience personality changes. His marriage began to deteriorate as well as his relationship with his daughter. Paul withdrew into himself and began isolating himself at night in order to use.

Despite all signs that were indicated Paul had a serious problem. Despite his obvious painkiller addiction, he deluded himself into thinking that there was none. Paul began stealing pain pills out of the homes of customers.

Acquiring painkillers became his number one priority. He also owned a successful business at one point, that was very profitable. With the money that he earned from his business, he began going out and partying at night.

Around this time, pauls wife began staging interventions for painkiller addiction to help him stop. Paul spent all of their life savings – to the tune of $100,000 on prescription pain pills, drinking, and the party lifestyle.

In a last-ditch effort to change his ways, Paul and his family decided to do a geographical change and move to South Carolina, where he took another job. Paul was fired within 2 weeks for stealing controlled substances out of customer’s homes.

Finally, Paul went to rehab for the first time in Chandler, AZ. Within 14 days, his roommate at rehab offered him what he thought was cocaine. Paul did the drug with his roommate only to realize that it was actually bath salts.

He was kicked out of rehab promptly following his use. Then he went to live with his parents, where he would wake up in the middle of the night often. He would wake up because he was convinced that there were cameras in the smoke detectors.

By this time, Paul’s wife had left him. Paul then began getting a long string of DUI’s. Some charges being dropped, while for others he served time for in Tent City Jail in Phoenix, Arizona. Feeling an overwhelming sense of depression, he began to use benzos like Xanax in jail.

He felt genuine remorse for his actions and disbelief that his life had come to this. Paul missed his daughter and realized that his painkiller addiction was destroying their relationship. He did not want his daughter to have to say that her dad died from drug addiction.

For more information and advice on overdose, click here.

After he got of jail, he called someone that he knew would help him. He quit doing the jobs that he had been doing for years and opted for something more humbling. Getting paid $9 an hour, he worked at Chipotle rolling burritos.

When People Let You Down

Despite his desire to truly be sober and change his life, his inability to leave behind dishonesty caused him to fall into drug use again. Paul went out to Utah to visit his daughter.

On the very same night that he returned from visiting his daughter, his painkiller addiction progressed. Instead of prescription pills, he started using heroin and methamphetamine. Exactly two weeks later, his mother was diagnosed with terminal cancer, only to die a few weeks later.

Paul wanted to be there for his family, but his addiction to drugs left him completely unable to do so. He realizes that he neglected his family in a big way by not being there for them through the grieving process.

It’s one of the hardest things that he’s had to come to terms with during his sobriety. Paul came to his mother’s funeral high and when he spoke, he didn’t make any sense. He lived with his brother for a short amount of time afterward.

Eventually, Paul’s family had to walk away from him. Knowing that his family didn’t want anything to do with him was the hardest thing for him to come to terms with. Feeling a deep sense of a loss, he realized that he needed to get help and do it the right way.

Finally, Paul started working the 12-Steps of AA with all of the honesty he could muster. He realized that his dishonesty had kept him from truly making the changes that he needed to.

Addiction, unfortunately, causes a mental and spiritual sickness; Paul was experiencing the full range of effects from it. The blessing in Paul’s life came in the form of his sponsor, who carried him through the 12-steps thoroughly and without judgment.

Paul made the decision to do whatever his sponsor suggested. With a few obstacles along the way and Paul doing everything that he could to continue making progress, things started to get better for him. Not perfect, but better.

Paul soon started to make friends that truly care about him and reap the benefits of being sober. Today he has friends that he can be there for. All of the material things that he thought he wanted back when he started AA, he didn’t receive.

But he got something much more valuable and immeasurable in terms of money. Paul has gone from a man who isolated himself, to a man that has healthy friendships with people that truly care about him. Those valuable relationships are all that matter.

Learning to Love Himself

Through working the 12-steps he realized that he had a lot of self-worth and self-esteem issues that used to feed his addiction. He actively worked through those problems (and still does to this day).

He now works full-time at an addiction and substance abuse treatment center and knows that he is right where he is supposed to be. Paul knows that he is a beautiful person inside and out. He got something from Alcoholics Anonymous that he couldn’t have gotten anywhere else – a new life and a new perspective. If you or someone you love is suffering from painkiller addiction or any other type of substance abuse, reach out for help. Getting help now can be the difference between life or death, reach out to us at (866) 578-7471.

Staging an Intervention: How to Prepare

8 Tips to Help with Anxiety After Getting Clean 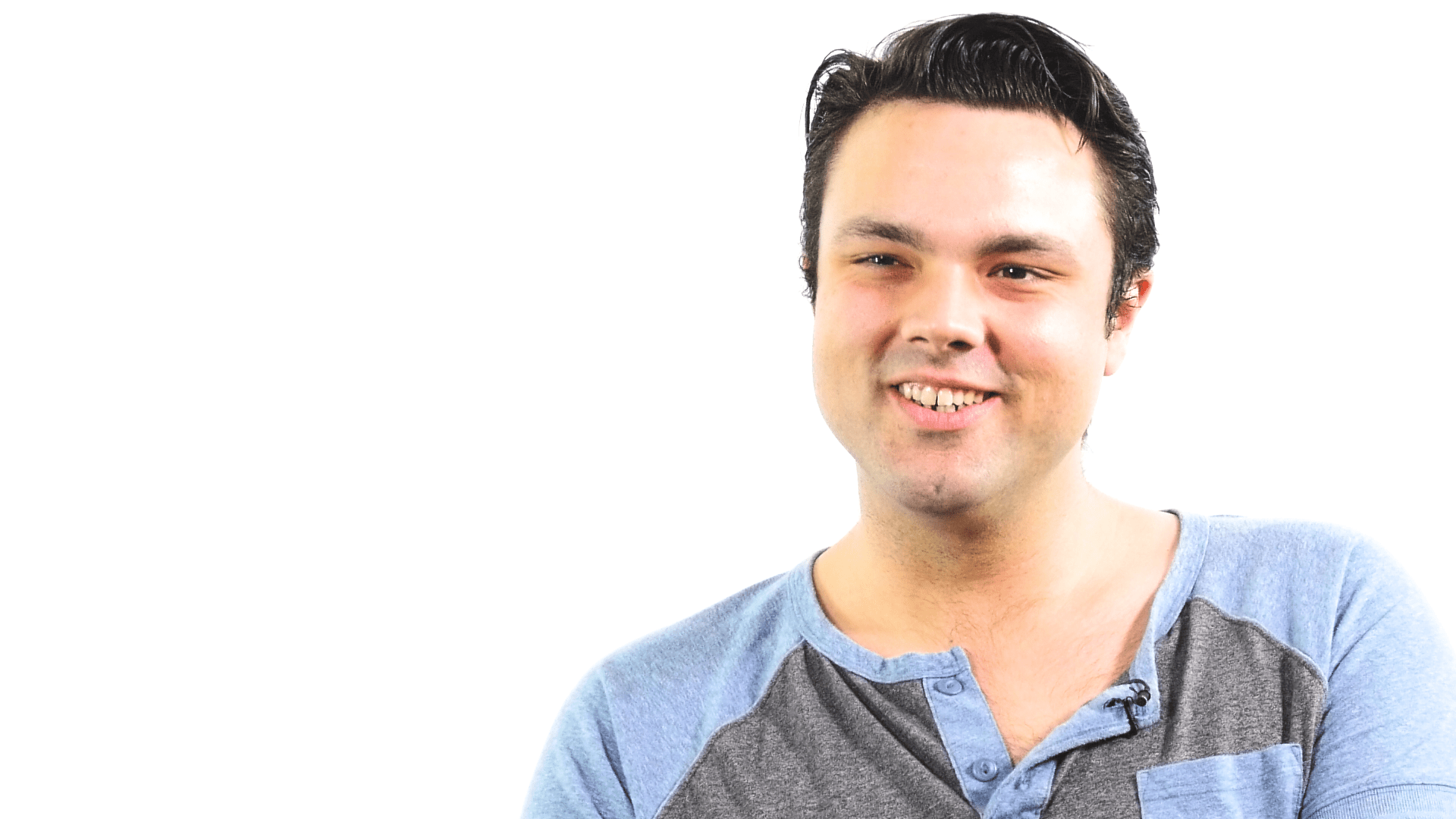