Doctor Joshua Kane, the head of research at A Better Today Recovery Services, and Lecturer at Arizona State University dives even deeper into the War on Drugs – having left of from The War on Drugs, Part 3 – Modern-Day War on Drugs.

“To really understand deindustrialization one has to understand that from the 1800s on, black families had gravitated to the inner cities of the United States because they could find manufacturing jobs there,” Kane says.

Manufacturing jobs paid well and didn’t require degrees or formal education. Kane explains that due to segregation black people didn’t have the opportunity to get the education that other jobs required.

The Civil Rights Movement gave the inner city much hope.

“There was great hope in the inner cities, in the black communities, for a middle class life, to send their children to college. To have the American dream.”

However, in the mid-1970s companies started to outsource more and more manufacturing work because it was cheaper than having it done in the U.S, which caused deindustrialization to take place and inner-city unemployment rates to skyrocket.

“As the jobs went out, the drugs came in,” explains Kane.

“We’re still suffering from the effects of deindustrialization and rising unemployment and rising drug use. These things are connected.”

The Crack Epidemic is Not Just in the Inner Cities

In the 1980s Crack Cocaine use started to become prolific.

Kane asks, “So who is bringing the drugs in to this country?” Kane asserts it’s the elites. “They are either elite in the United States or they’re foreign elites, but it’s not the street level drug dealer.”

George H.W. Bush, in the late 1980s, decided to increase the amount of resources being put into the War on Drugs.

“His ramp up on the War on Drugs was focused squarely on the inner city. But if you know anything about 1980s culture, drugs were rampant everywhere. Especially Cocaine.”

Kane cites several different movies that accurately depict just how rampant the use of cocaine and other drugs were in the 1980s, such as “Wolf of Wall Street” and “Studio 54.”

“Drugs were everywhere, and they were being abused by elites in greater quantities than people in the inner cities. Drugs cost money, poor people don’t have the sort of money to run the drug trade.”

There is no way that street level drug dealers or the inner city can account for the amount of drugs that are being done and coming into the country.

“But that’s not the stigma that we’ve developed in this nation around drugs. The stigma … [is that] it is mainly an epidemic of inner-city black and brown people. That goes all the way back to the history of culture being stronger than law, and laws that run contrary to culture, being used as a vehicle for the oppression of certain cultures.”

…continue on to The War on Drugs, Part 5 – Criminalizing Illegal Drug Use for Profit 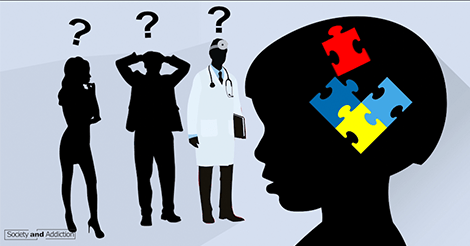