Dangers of Mixing Opium and Alcohol

Opium and Alcohol are two substances that can lead to devastating addiction and even death if you’re not careful. The more you know about Opium and Alcohol, the better off you will be. You can make informed choices, armed with the knowledge and awareness of these substances and the dangers of addiction to Opiates and Alcohol.

Have you ever wondered what does drugs and Alcohol do to you? Do you find yourself using these substances more often than you should, or do you know someone whose life is unravelling as a result of abusing drugs or Alcohol? If the answer to any of these questions is yes, then you should make sure you’re familiar with the cold hard truths of Opium and Alcohol.

What is Opium and Alcohol? 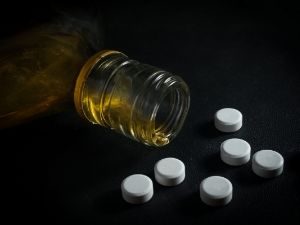 Opium is a psychoactive substance and narcotic drug derived from the Opium poppy seed pod. It’s a class of drugs better known as Opioids, which includes many prescription Painkillers. Opiates also include hardcore street drugs such as Heroin and Fentanyl. Alcohol is a liquid created by the natural fermentation of sugars which is found in liquors, spirits, beer and wine. These substances have a direct impact on the central nervous system, especially when you have Opium mixed with Alcohol. These specific substances are huge sources of rising addiction rates in America and many other countries.

Opium abuse is a very real problem in today’s world, as is Alcohol addiction. There’s millions of people out there who are struggling with substance abuse and addiction. This correlates with the rise in addiction and overdoses especially as the Opioid crisis reaches new levels. It seems as though it’s easier than ever before to get your hands on Opium products. This crisis is affecting teenagers and young adults in startling proportion. The 2016 National Survey on Drug Use and Health found that 57% of 12- to 17-year olds who report misuse of prescription Opioids obtained the drugs from a family member or friend. Alcohol is another substance that is so readily available, and it doesn’t take much for people of all ages to get access to this dangerous substance. 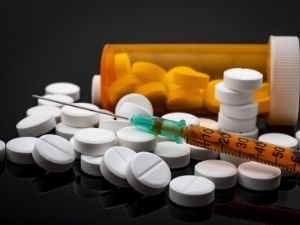 There are many different drugs derived from Opium. The Opium poppy is also known by its scientific name Papaver somniferum. It has been used as a source of powerful pain relievers since the ancient Greek and Roman time. Some of these drugs derived from Opium poppy do have their benefits in pain relief. However, Opioids have a high risk of addiction that can have dire consequences for those who develop a dependency. Personal history and length and frequency of use play a role in how susceptible individuals are to addiction.

Hydrocodone, Oxycodone, and Morphine are popular prescription drugs made available through Opium poppy extraction. Prescription drug use should always be advised by medical professionals only, as it’s so easy to slip into the cycle of abusing Painkillers and relying too heavily on these pills.  There is a variety of causes of prescription drug abuse, from painful injuries and other medical problems to recreational use gone wrong. Narcotic drugs are nothing to mess around with. Unfortunately, many of these prescription Painkillers end up in the wrong hands and lead to deadly addictions. Every day, more than 130 people across the U.S. die from Opioid overdoses.

Morphine is one of the most commonly prescribed, and also most commonly abused, prescription Painkillers. There are so many different situations in which patients may be prescribed morphine or a similar Opiate painkiller. This may be for short-term pain such as post-surgery recovery, or long-term pain and chronic illnesses. The more that a person is exposed to morphine, the more likely they are to develop an addiction if they struggle to cope without the pain reliever.

An estimated 20.3 million people over the age of 12 report having a Substance Use Disorder (SAMHSA, 2018).

Dangers of Mixing Opiates and Alcohol

Opiates and Alcohol are dangerous enough on their own, and once you combine the two the consequences can be severe. Sadly, many people, unfortunately, fall into the vicious cycle of mixing Opiates and Alcohol. On top of the risk of getting addicted to prescription pills or alcohol, severe reactions can occur as a result, putting lives at risk. That’s why doctors, nurses and pharmaceutical companies warn strongly against mixing Alcohol with medicines, but these warnings often go unheeded. The side effects associated with the combination of these substances can be very serious. 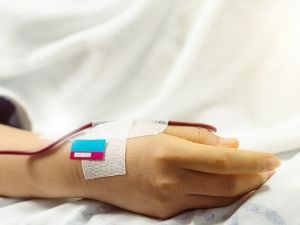 Some of the most alarming symptoms of simultaneous Opium use and Alcohol consumption include dehydration, nausea, vomiting, dizziness and shortness of breath. There are many cases of Alcohol and drug interactions that lead to even more significant side effects such as loss of consciousness, respiratory arrest or even coma. What happens when you mix Opium and Alcohol is that the two substances enhance the others’ effects.

Even if a person may suffer minor discomfort when they drink too much, if they decide to use Alcohol when using Opiates, their body may struggle to keep up with the stimulation. High levels of intoxication and extreme does of Opiates and Alcohol have contributed to a rise in overdose deaths in the past decades, and drug abuse prevention advocates are speaking out on the dangers of combining Alcohol and Opiates. Too many people have lost their lives due to a lethal cocktail combination of Alcohol and drugs.

Effects of Opium and Alcohol Use

It’s dangerous enough just taking one substance, but when you use drugs combined with Alcohol, it’s a whole different ballgame. People who use Opium and Alcohol regularly will begin to experience withdrawal effects when they stop using. 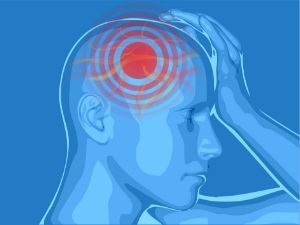 This is true with Alcohol and Opiates on their own, as well as combined. Drinking Alcohol heavily produces symptoms of use such as vomiting, pounding headaches, slurred speech, bloodshot eyes, lack of coordination, disorientation, agitation, anxiety and more.

The effects of Opiates are much the same, with mood symptoms including depression, irritability, and unpredictable mood swings. Insomnia, excessive sweating, constipation and seizures are some of the difficult side effects of Opiate use. These symptoms may sound bad enough on their own, but once these two substances are combined, the severity of these side effects can increase dramatically. The long term effects of sustained Alcohol and Opiate abuse can lead to bleeding ulcers, organ damage, kidney and liver failure, and damage to brain structure and function.

In addition to these debilitating physical effects, Alcohol and drug addiction can have a profound impact on all aspects of a person’s life. This includes their family and personal relationships, work and education, social life and so much more. With horrible addictions often comes a dangerous life involving crime or other risky behavior, and addiction affects not only the individual themselves but also the people who love them dearly. Addiction is an awful disease that requires prompt medical attention and constant efforts to battle back and beat dependency.

One of the main reasons why so many people end up trapped in the cycle of addiction is that they struggle to cope with the discomfort and depression associated with withdrawal. When people stop drinking Alcohol suddenly, they are likely to experience Alcohol withdrawal syndrome (AWS). This includes both mental and physical symptoms of withdrawal from Alcohol such as shaky hands, headaches, nausea, anxiety, confusion and hallucinations. It’s very difficult for those with alcohol addiction to stop drinking entirely on their own, as quitting cold turkey will jump start that tough withdrawal timeline that can last weeks or even months.

Drug withdrawal is much the same, and the Opioid withdrawal symptoms can be tough to handle. This is why there are many Opiate users who continue to take these substances because getting through drug withdrawal by themselves is very tricky. The body needs time to process the change and recover when a person stops taking Opiates, and that’s when those withdrawal symptoms kick in. Agitation, anxiety, muscle aches, runny nose and sweating are early symptoms of Opiate withdrawal. Late symptoms can produce painful abdominal cramping, diarrhea, dilated pupils, nausea, vomiting and more.

Alcohol detoxification and detox for drug abuse can make a big difference in helping with these withdrawal symptoms and getting addicted individuals on the path to recovery. Medications for detox include methadone and benzodiazepine to name a few, and there are other medications out there that can aid in this process as well. It’s important that the detox process is closely monitored by medical professionals to ensure patients do not develop another dependency on the detox medication. Their doses must be carefully measured for the health, wellbeing and sober success of the patient.

Professional rehabilitation programs and centers are saving lives with treatment centers that welcome patients with open arms. Treatments for Opiates and Alcohol is extremely important, as people who don’t get the help they need may eventually succumb to their substance abuse.  Medication-assisted treatment, referred to as MAT for short, can help by managing withdrawal symptoms and lowering the likelihood of relapse. As long as these medications are used accurately and appropriately as prescribed, this can serve as a worthwhile treatment method. 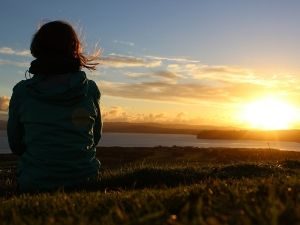 Setbacks in treatment and recovery can be detrimental, and relapses are a key example. Many people who suffer from addiction may make several attempts to quit, struggling to stay true to their sobriety and make it through the challenging withdrawal process. Opioid dependence medications and Alcohol use disorder medications commonly prescribed by doctors include Naltrexone, Buprenorphine, Methadone and Vivitrol. Medical professionals understand the differences between acamprosate vs naltrexone vs disulfiram, and which one works best for which cases. Making the right decision and measurements in Alcohol and Opioid dependence medications can make a major difference. Many cases of successful addiction treatment and recovery involve the appropriate use of dependence medications to get people off of their substance of choice with less discomfort and depression.

Polysubstance overdose risks are very high, and people need to be aware of the danger they are in when they abuse more than one substance at once. Alcohol and Opiates are one of the deadliest examples of polydrug overdose and mixed drug toxicity. Not only does this involve the risk of death, but it’s also severe overdose symptoms that can wreak havoc on a person’s physical ad mental wellbeing. The dangers of polydrug use, Alcohol poisoning and Opioid overdoses are alarming, with loss of consciousness, seizures, permanent organ damage or failure and coma just some of the possibilities.

The human body is an incredible thing, but it can be slowed down and seriously challenged by the onslaught of two dangerous substances at the same time. The combination of Alcohol coursing through the body and brain, coupled with powerful Opiate Painkillers, presents very real risks. By taking one of these substances, the doors are opened to take the other, and people who are so far lost in their addiction may not think twice about mixing things up. That’s when those heartbreaking overdose cases happen, as those suffering from addiction lose sight of what is safe or healthy and instead chase that high. It’s never worth it in the long run.

If you or someone you love is struggling with Opium and Alcohol abuse, make sure you look for the signs and symptoms and get the help you need. There are resources out there that can make a fantastic difference before its too late, and successful recovery is most certainly possible.