How Big of a Problem is Prescription Medication Abuse?

While the new online Prescription Drug Law in New York is a mark of progress, prescription medications (particularly opiate painkillers) are a substantial problem that only continues to grow. According to the Nation Institute on Drug Abuse, over 52 million individuals have been reported to be abusing painkiller medications for nonmusical purposes. While there are several reasons that make these drugs a looming threat, there are some factors that make prescription drugs even more dangerous than illegal street drugs. One of the more substantial elements of prescription drug abuse is their increased accessibility. Given that they are often found in abundance within the medical community, there are often more cases prescription for psychoactive medications is required for recreational purposes, rather than legitimate medical disparities. In addition, these mind-altering substances can often be underestimated due to the fact that it is “legal.” While these drugs are not considered to be an illegal substance, that does not mean that they are exempt from possessing addictive qualities. Because of the lack of knowledge or consideration regarding the dangers of addictive qualities of many prescription painkillers, there is an increased risk for recreational abuse to escalate in a fully-fledged addiction. Thankfully, the most recent drug law for online prescriptions in New York may provide an answer.

How Dangerous Can Prescription Drugs Be?

While prescription drugs can assist individuals when taken under medical supervision 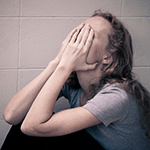 and advised dosage, there are health risks that often arise when abused for recreational purposes. Even though many psychoactive substances may bring a certain degree of euphoria, there are almost always more harmful effects that follow. For most prescribed opiates, excessive dosages from abuse may often manifest as general restlessness, anxiety, impairment concentration, difficulty sleeping, issues with breathing, compromised judgment, digestive issues, and seizures. In addition, overdoses can also occur, which often results in comas or death. In addition, individuals addicted to prescription pain medications are at an increased risk of progressing to evolving their addictions to heroin or methamphetamine. In most cases of severe narcotic use, many individuals often begin their addictive patterns with abusing prescription medications. With this is mind, the law passed in New York regarding prescription drugs seems all the more necessary.

Considerations for the Future with Online Prescriptions 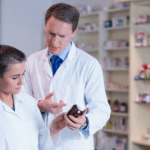 While the effects of prescription medication abuse may be devastating, the new laws in now place regarding the distribution of prescription drugs may help in curbing the prominence of misuse. Given that fraudulent prescriptions are often given out through the use of offline paper documents, online prescription requirements from New York’s drug law will further ensure more consistent and closely examined documentation; thus reducing the incentive and ability to distribute medications illegally. If you or someone you know is using drugs without the use of prescription or medical supervisor, it is imperative to get help immediately.

Can Love Help a Drug Addict?