Anxiety is an uncomfortable combination of physical symptoms, thoughts, and feelings that can make you feel self-conscious, worried and even fearful. In most cases, it is actually a healthy response to stress.

Occasional anxiety is a normal experience for both children and adults, however, if you suffer from chronic or intermittent anxiety that has a negative impact on your day-to-day life, you may be diagnosed as having an anxiety disorder.

While some anxiety disorders can be successfully treated and managed with psychotherapy, also known as counseling or talk therapy, support groups, and stress management techniques, many clients are prescribed medications such as antidepressants, anti-anxiety drugs, and beta-blockers to help control the debilitating symptoms of these disorders.

There are four main classes of medications used to treat both acute and chronic anxiety disorders. These include Selective Serotonin Reuptake Inhibitors (SSRIs); Serotonin-Norepinephrine Reuptake Inhibitors (SNRIs); Benzodiazepines; and Tricyclic Antidepressants. These pharmaceuticals are prescription medications, although, many anti-anxiety drugs are available on the street as well.

When used as prescribed, anti-anxiety medications can help reduce, or even eliminate, the often-debilitating symptoms of an anxiety disorder. Unfortunately, some of the medications that are commonly used to treat anxiety disorders are also highly addictive, even if you take these drugs exactly as prescribed by your doctor. You don’t need to take high doses, or mix anxiety medications with Alcohol to develop a serious dependence on prescription drugs – this is one of the reasons why it’s common for people with anxiety disorders to also have substance abuse issues.

While people who have been diagnosed with an anxiety disorder are at risk of becoming addicted to their prescription medications, those who are undiagnosed are also at risk of developing a substance abuse problem. Many people who are affected by anxiety self-medicate with over-the counter drugs such as sleep aids, as well as depressant medications like Alcohol that slow down the activity of neurotransmitters in the brain – this can provide temporary relief from both the over-excited sensation some anxiety sufferers experience, as well as lessen the inhibitory neurotransmitters that are related to anxiety during social situations.

According to the Anxiety and Depression Association of America, approximately 20 percent of all Americans who suffer from an anxiety disorder are also addicted to drugs, Alcohol, or both. The same holds true for people with addictions issues – 20 percent of all adults who have been diagnosed with a substance abuse issue also have an anxiety or mood disorder.

According to the Anxiety and Depression Association of America, approximately 20 percent of all Americans who suffer from an anxiety disorder are also addicted to drugs, Alcohol, or both. 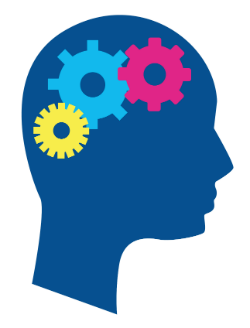 According to the National Institute of Mental Health, Generalized Anxiety Disorder (GAD) impacts more Americans than any other form of anxiety. It often develops slowly, over a period of weeks, months or even years. People who suffer from GAD may worry excessively about normal, everyday events to the point where their worrying interferes with their ability to focus, relax, and even fall asleep. Common symptoms include unexplained physical pains, frequent headaches, fatigue, and feeling on edge; sufferers may also be startled easily or struggle to concentrate.

There is no known cause for GAD, however, researchers have discovered that certain parts of the brain may contribute to the development of this common disorder. Generalized Anxiety Disorder is usually treated using a combination of prescription medications and psychotherapy, and in many cases, these treatments can help provide relief for patients.

Obsessive Compulsive Disorder (OCD) is another common, chronic condition that can cause re-occurring thoughts and repetitive behaviors that interfere with personal relationships, work, and day-to-day functioning. For example, a person with OCD may develop an extreme fear of germs – as a result, they may wash their hands obsessively, avoid shaking hands, and even refuse to leave their own home.

OCD sufferers often develop specific rituals or patterns of behavior to help them manage their uncontrollable thoughts, which can provide temporary relief from their anxiety. Some people with OCD also have a tic disorder, which can cause rapid eye blinking, repetitive throat clearing, or sniffing. As with GAD, researchers are unclear as to the root cause of OCD, however, people who have suffered from a trauma such as sexual or physical abuse face an increased risk of developing this type of anxiety disorder.

Panic Disorder is a sudden, acute anxiety disorder, and people with this form of anxiety experience panic attacks that can last anywhere from a few seconds up to several minutes at a time. A panic attack can strike without warning, leaving sufferers with debilitating chest pain, shortness of breath, and racing thoughts that can be terrifying. This creates a cycle of anxiety for sufferers since they live in fear of when the next panic attack will strike.

Social Anxiety Disorder, or Social Phobia Disorder, causes intense feelings of fear, dread, and heightened self-awareness in social situations, such as work or school this disorder can make it hard to develop lasting relationships, pursue a career or complete an education. Like all anxiety disorders, the exact cause is unknown, however, researchers have discovered that underdeveloped social skills and mild autistic tendencies may increase the risk of developing Social Phobia.

People who suffer from specific phobias, such as a fear of a specific animal, certain smells, or a specific location, may also be diagnosed as having an anxiety disorder.

According to the National Institute of Mental Health, GAD impacts more Americans than any other form of anxiety.

While most people who suffer from anxiety disorders do not have issues with substance abuse, having both an addiction issue and one or more anxiety disorders, known as a co-occurring disorder, can be challenging to treat and exceptionally hard to overcome.

In some cases, using over-the-counter medications, prescription drugs, Alcohol, street drugs, or a combination of substances can lead users to develop a range of debilitating anxiety symptoms. This condition is known as a substance or medication-induced anxiety disorder and was added to the Diagnostic and Statistical Manual of Mental Disorders (DSM-5) in 2013, making it a recognized medical diagnosis.

According to the American Psychiatric Association, symptoms of substance or medication-induced anxiety disorder can include generalized anxiety, panic attacks, obsessive-compulsive behavior, and phobias. These symptoms can last while the triggering substance is still being used, and persist for up to four weeks after detoxing, which highlights the importance of detoxing under the close supervision of a trained addiction specialist.

For example, people who suffer from post-traumatic stress disorder may discover that using drugs or drinking Alcohol makes problems like intrusive thoughts and sleep disturbance worse – in fact, mixing drugs with an anxiety disorder can have serious, or even deadly, consequences.

The same is true for sufferers of OCD – they are at a high risk of experiencing visual or auditory hallucinations related to their obsessive thoughts while using some drugs, including certain strains of Marijuana, Benzodiazepines, and Methamphetamine.

It’s also common for people who are suffering from anxiety symptoms to self-medicate using drugs, Alcohol, or a combination of substances. While some over-the-counter and street drugs may provide temporary relief from disorders like GAD, OCD, and Social Phobia, these substances simply mask the underlying issues while creating new problems such as Alcohol and drug dependency. This can create a vicious cycle for people with anxiety disorders and can lead to the development of depression, mood disorders, and more severe symptoms of anxiety. 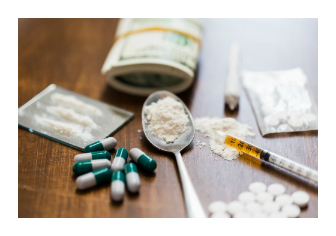 If you have a pre-existing anxiety disorder, you may be prescribed medication by your doctor that could be highly addictive, such as Benzodiazepines, which over time can exacerbate your symptoms. That’s not to say that prescription medications should be avoided altogether if you suffer from one or more anxiety disorders, but it’s important to recognize the risks associated with many pharmaceuticals.

Simply treating an anxiety disorder with prescription drugs is rarely effective – that’s why medication is often used in conjunction with cognitive behavior therapy or other forms of mental health counseling. Many rehab centers include CBT, or a variation of it, in their treatment programming to help addicted people learn how to deal with uncomfortable thoughts and feelings, including anxiety, without turning to drugs or Alcohol.