Have you ever wondered why so many veterans are homeless, addicted and dying in America? Well, for starters, the Afghanistan and Iraq wars are the longest combat operations since the war in Vietnam.

Over the last 16 years, more than 2.7 million military service members in the United States have been deployed to Afghanistan and Iraq, only to re-deploy again, a few months down the road.

In facing a brutal ambiguous warfare, thousands of troops have lost their lives, while hundreds have undergone major limb amputations. According to the International Business Times, in March of 2013, combat-related injuries among U.S. troops reached a peak of 1 million.

In an aim to conceal this expected catastrophe, the VA stopped publishing reports of the non-fatal war casualties of the Afghanistan and Iraq wars for “security” purposes.

Provided they make it home, troops from the front lines of war often exhibit a myriad of health issues. Many soldiers return home facing burdens in the form of Traumatic Brain Injury, Post Traumatic Stress Disorder, physical pain and addiction. 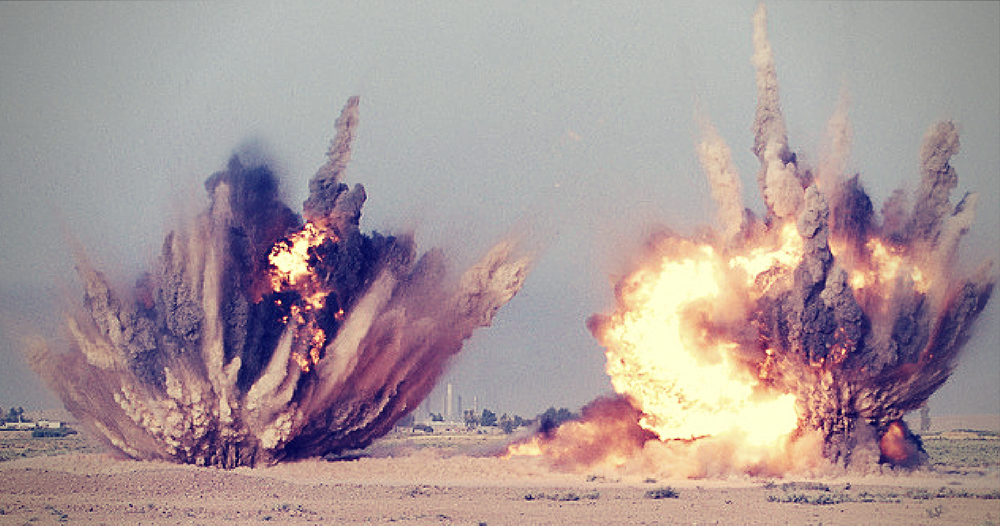 For years, the military has not only under-diagnosed soldiers wounded from combat-exposure, but it has left them untreated as well.

Today, approximately, 20 to 30 percent of troops who return home have TBI. Reports indicate that more than 300,000 U.S. troops have experienced some form of TBI, that often takes years in therapy to overcome.

“The behavioral or emotional symptoms from a traumatic brain injury demand medical and rehabilitative care.”

Reports from the VA, indicate an estimated 1 in 5 veterans who return home from Afghanistan and Iraq suffer from PTSD.

PTSD alone, is a specific and serious diagnosis that varies vastly in levels of severity. In its most severe forms, PTSD often leads to anti-social behavior, Alcoholism, drug addiction and suicide. 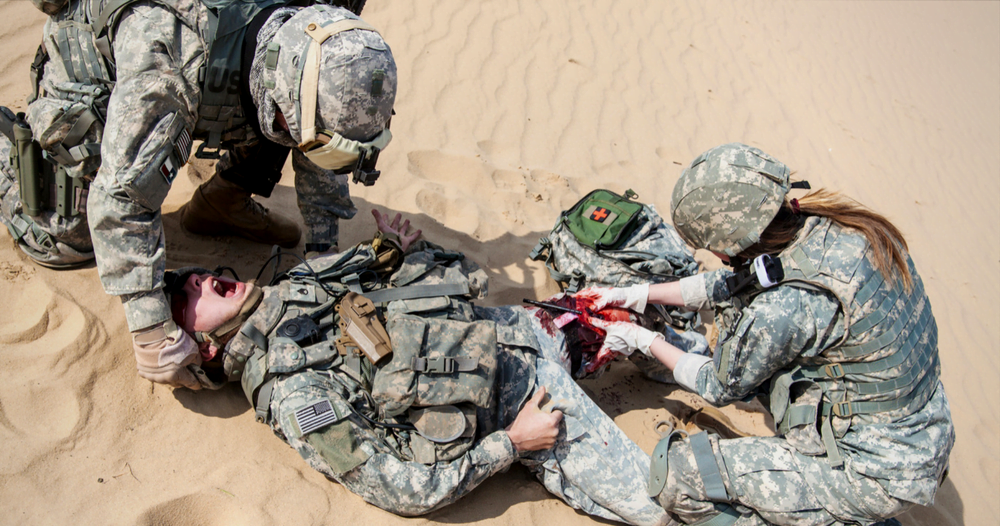 Granted, drug dependence can and does impact many troops while they are in active-deployment. From 2005 to 2008, the number of U.S. troops turning to substance abuse tripled.

The issue of substance abuse among active military service members is continuing to increase and the problem is relatively simple to understand. Living in a constant state of hyperarousal and vigilance, anticipating ambushes and IED explosions can severely traumatize and deeply impact our troops.

With time spent in active combat, troops are predisposed to PTSD and other mental health-related disorders, which can often lead to veteran addiction to drugs and Alcohol.

In addition to predisposition, reports from the National Public Radio, NPR indicate that during wartime, medics and doctors need to quickly treat troops for pain and often utilize prescription Opiates to do so.

In fact, U.S. Military personnel are prescribed Opioid painkillers at three times the rate of civilians.

According to the VA, soldiers who return home from a combat-exposed deployment have a much higher rate and risk of substance abuse than those who haven’t deployed. The physical and mental ailments afflicted by combat exposure are highly complex and do cause further complications surrounding Alcohol and drug abuse.

For years, statistic and studies have shown that there is a significant number of veterans who struggle with addiction. Generally, veteran addiction happens to those who to turn to substance abuse to cope. These men and women do so in an aim to self-medicate and cope with the tragic, personal wounds of war. 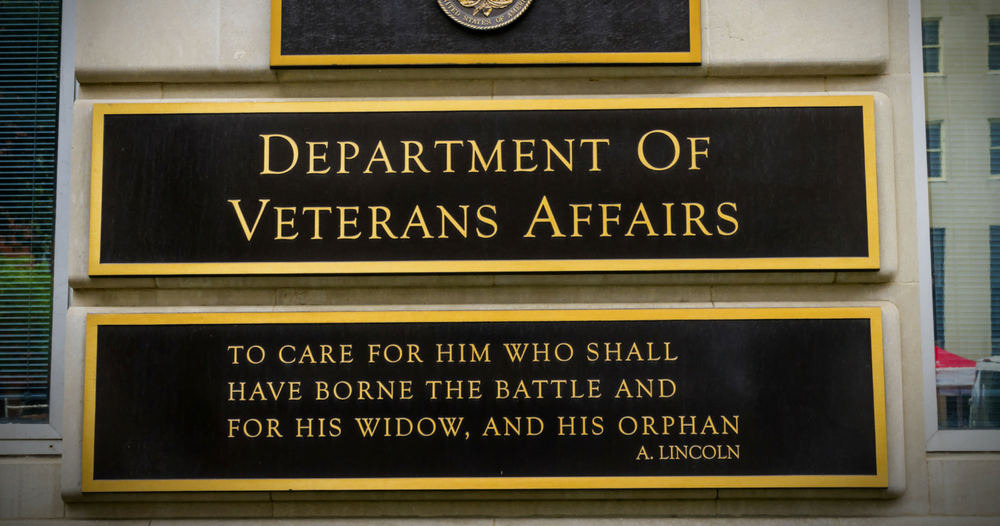 The National Institute of Health indicates a risk of Opioid drug for veterans pained from mental health issues like PTSD, anxiety, and TBI. Painkillers such as Vicodin and OxyContin increase the danger of experiencing debilitating depression and suicide.

In a major study by NIH of the Afghanistan and Iraq war veterans, the VA is found to directly contribute to veteran addiction among OEF OIF troops. The issues stated in the study observe high levels of Opioid painkillers prescribed to veterans.

As stated by the Center for Investigative Reporting, from 2001 to 2012, Opioid Painkillers prescribed to Veterans has increased by 270 percent.

Whereas, in 2012, CIR data suggests VA physicians dispensed over 6.5 million prescriptions for Painkillers, including Hydrocodone, Oxycodone, Morphine, and Methadone.

Furthermore, in 2014, over 650,000 veterans were treated by the VA with prescription Painkillers.

In a recent publication, the VA reports that there is “a strong relationship between PTSD and SUD.” Yet, data suggests that the VA’s medical personnel is practically required to over-prescribe Opioids and other addictive drugs. Therefore, serving as a great contributor to our veteran addiction crisis.

The risk of prescription drug abuse among injured and disabled soldiers and vets who have endured pain-inflicting combat-related injuries is particularly high. Above all, abuse of prescription drugs or other substances can severely impact a veteran’s transition to normal civilization.

Presently, in the military, there is a zero-tolerance policy on drug abuse. Many problems arise in the face of the military zero-tolerance drug policy. The stigma associated with drug abuse among active service members can make it difficult to spot those who are developing and struggling with such issues.

“A practice of punitive-discharge for a service related brain injury is a practice bereft of honor.”

Despite the predisposition from combat exposure and other circumstances which often leads up to such issues, substance abuse in the military is grounds for dismissal by dishonorable discharge and sometimes even criminal conviction.

With all things considered, for some troops, getting support and treatment for substance abuse once back home is simply out of the question. 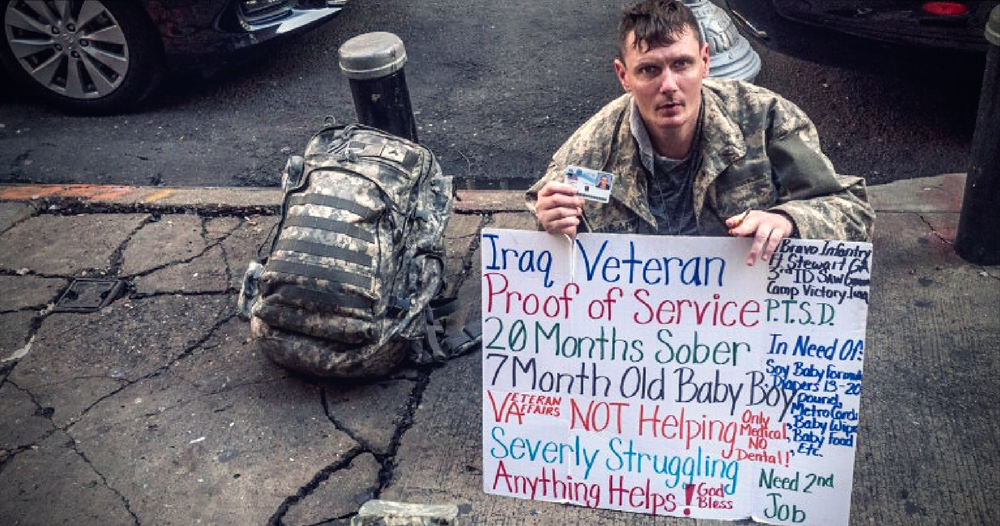 Reports from the Department of Defense indicate that since 2001, over 142,000 members have been dismissed from the military. From 2009 to 2016, over 25,000 combat soldiers of the army branch were discharged for misconduct. These army discharges took place after being diagnosed with PTSD and/or Traumatic Brain Injury, TBI.

According to the VA, misconduct-related discharge is typically due to abuse of Alcohol or drugs. Moreover, when a service member is discharged for misconduct, he or she becomes ineligible for services through the VA.

“Sixty-two percent of the 91,764 service members dismissed by the U.S. military for misconduct between 2011 and 2015 had been diagnosed two years before separation with post-traumatic stress disorder, traumatic brain injury or other conditions that could be associated with misconduct.”
– Newsday, 2017

Out of the nearly 92,000 soldiers dismissed, more than 13,200 received “other than honorable” as a characterization of service. “Other than honorable” is best known as “bad paper.” Such discharges result in no support or care through the Department of VA services.

Discharges within the armed services are imposed mostly without due process and carried out by stigma, as well as a heartbreaking stain of dishonor. It is no wonder why substance abuse, homelessness and suicide rates have sky rocketed among U.S. war veterans. 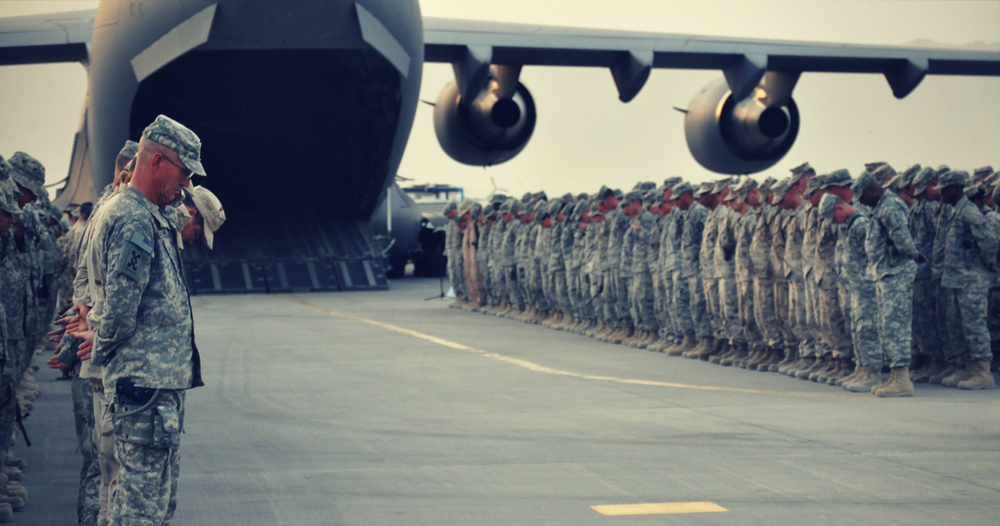 Today, U.S. Troops voluntarily sacrifice their lives to fight on the front lines of combat in Afghanistan and Iraq. And it is no secret that the wounds of war are killing our beloved soldiers and veterans.

This tragedy is happening on American soil and what is being done to stop it?

According to the VA, Veteran addiction causes many to get discharged from the military. This type of discharge is for misconduct-related reasons, which links to a drastically higher rate of homelessness. In addition to the large percentage of veterans experiencing homelessness, the under-diagnoses of our military service members reflects the tragic rate of suicides.

Since 2001, more U.S. troops have died by suicide than those who have been killed in Afghanistan.

The soldiers who’ve served in Afghanistan and Iraq are killing themselves at an unspeakably high rate. This is a higher rate than those in any other war, where tracking of such data has taken place. Per SAMHSA, more than 6,000 Afghanistan and Iraq U.S. War Veterans take their own lives each year.

In honor of these brave men and women, the only rational move would be to provide them with the care needed to recover. However, hundreds of thousands of soldiers face military dismissal for combat-related issues. Thus veteran addiction results in being denied health care and ultimately stained with dishonor.

The men and women who have served or are still serving in the U.S. Military are perhaps the only citizens who have earned the right to call this country their own.

So, why is it that so many of our soldiers are being thrown away and silenced after returning home from war?

Considering the mental and physiological wounds of war, something must be done for the brave souls who are dying each day by the hands of ignorance. If you or someone you love is a veteran and struggling with addiction to drugs or alcohol, please reach out. Help us fight back against the rates of substance abuse and suicide among our veterans in the U.S. To reach us for addiction resources and assistance, contact (866) 578-7471.

We Became Willing to Recover 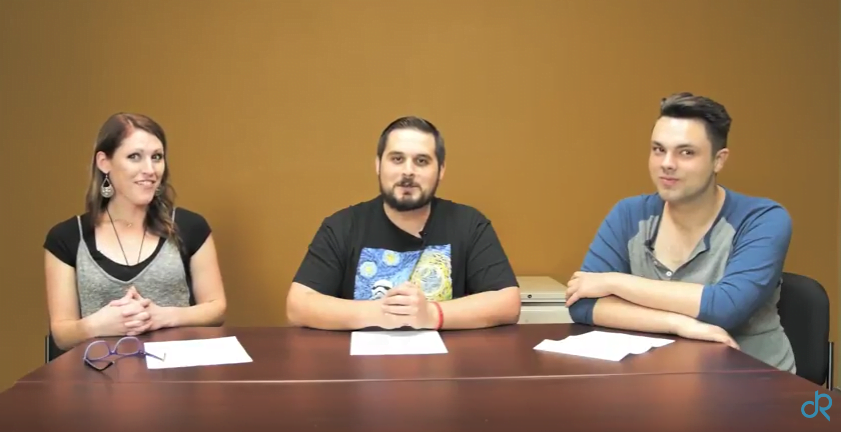 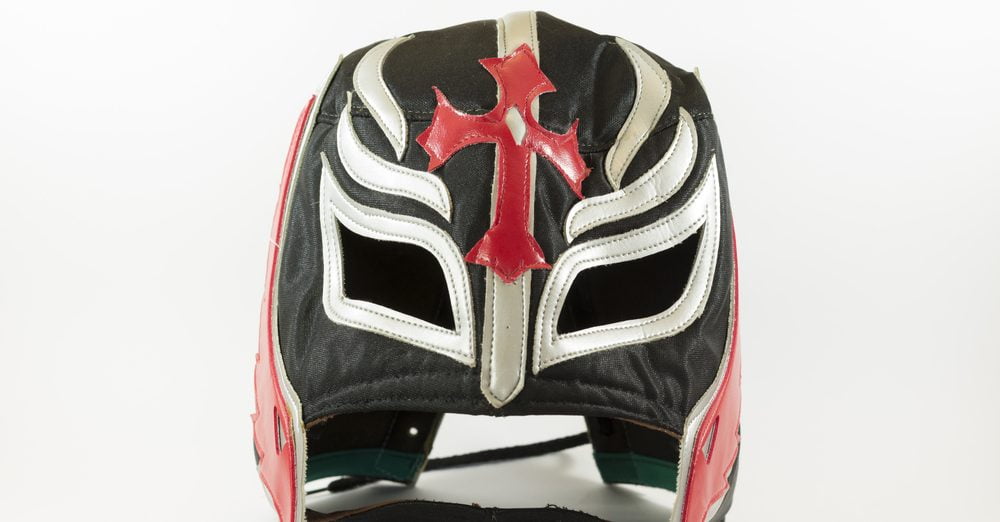 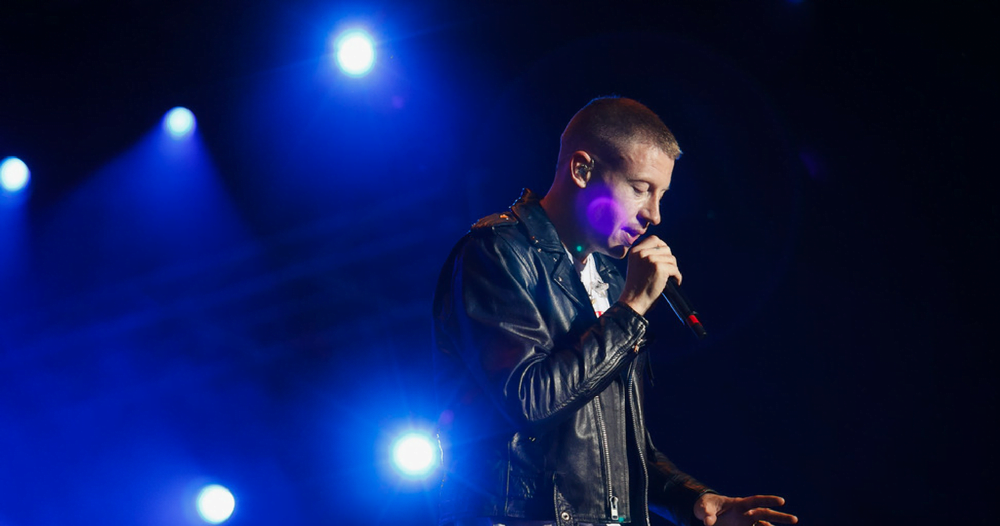