What Are Meth Sores And Meth Mites | Detox To Rehab

What Are Meth Mites? 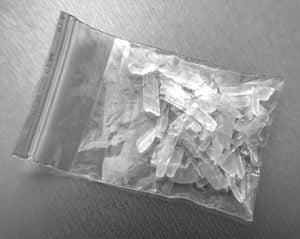 Methamphetamine use is damaging to a person’s physical and mental health in many ways. Meth affects the function of important organs like the brain, the heart, and kidneys, in addition to causing psychological issues. It also affects the musculature and other things that change one’s physical appearance, such as their teeth (Meth mouth) and their skin (Meth sores). Some of the more heavy, chronic Meth users will have several Meth sores all over their skin, usually on their faces and arms. Some of the Meth sores may be infected and swollen, possibly causing abscesses that need medical treatment, or there may be scarring from past sores.

What are Meth Mites? 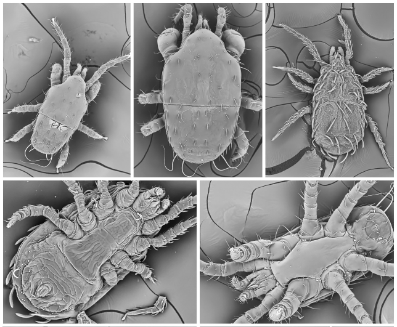 Some Meth addicts are riddled with Meth sores because they truly believe that there are actual bugs or insects (Meth Mites) crawling around under their skin.

The Meth addict can not only feel the crawling sensation, but they can also see these Meth mites, leading them to obsessively pick at their skin in order to get the Meth mites out, which in turn leaves behind significant sores all over their face and arms. Meth mites do not actually exist.

Meth mites are hallucinations brought on by long-term, chronic Meth abuse.  Not all Meth addicts will experience Meth sores or Meth mites and there is no timeline that predicts at what point in a Meth addict’s addiction when they are more susceptible to the hallucinations.

So, what does Meth do to your skin? The reality is that the psychological impairment caused by a chronic Meth addiction is largely responsible for the skin damage though there are also physical effects of the drug that contribute as well. Here is a look at the facts.

Some people believe that Meth sores are somehow contagious, like Chicken Pox or Shingles, which they are not. People often ask if using Meth can cause acne, due to the poor skin condition they observe in Meth addicts. The answer to this is multifaceted, but chronic Meth abuse can cause acne along with other skin issues.

Formication is the official term for the sensation of insects or Meth mites crawling on or underneath the skin. It is often experienced as a prickly, itchy, or tickling sensation. There are several causes of formication, including the abuse of Meth or Crack Cocaine. While there are other drugs which can induce formication, chronic Meth use is more likely the cause of Meth mites and the Meth sores left behind.

Methamphetamine is a neurotoxic substance, meaning it poisons the brain and the rest of the nervous system, damaging and killing tissues that are precious to the overall function of the body and mind. Due to the psychological delusion that is caused by chronic Meth abuse, many Meth users develop delusional parasitosis and believe that there are actual Meth mites crawling on them or under their skin.

As Methamphetamine can cause hallucinations, it is common for hallucinations of insects to accompany formication which only furthers the delusion. In this state, Meth addicts will itch and scratch, as well as pick and dig at their skin. Meth addicts will use their fingernails or any instruments that are small and sharp to pick and dig obsessively at Meth mites, causing open wounds and sores that will often bleed and produce pus.

Methamphetamine causes you to sweat excessively which induces dehydration and strips the skin of the natural levels of sebaceous oil. The sensation of formication is caused by severe dehydration, the lack of sebaceous oil and chemical imbalance that Meth induces. With excessive abuse of Meth, obsession with the skin and picking at it is extremely common. Of course, knowing this, it is safe to say that Meth sores are in no way contagious; people give themselves these open wounds as they pick at their own skin compulsively and obsessively. While formication is very common with Meth addicts, not every person who uses Meth will experience it. Some never experience it, but if you have been using and have sores or believe there are bugs crawling on or under your skin, it is the result of formication.

As mentioned above, using Meth can cause or worsen acne and this is due in part to similar factors. The dehydration and imbalance of oils will cause the skin to become irritated and often pimples will form. Additionally, when someone takes Methamphetamines, they are introducing toxic agents to the body and the body will naturally try to get rid of those toxins. The pores in the skin are one possible route to expel the toxins through and this will irritate the skin, causing pimple-like bumps.

These red bumps of course often add to a user’s obsession with the skin and provide a physical thing to pick at. Acne and skin irritation only give these people, in their state of intoxication, a reason to pick more at the skin. Meth users commonly pick at these bumps and pimples excessively until they become large wounds, creating more sores this way.

Most people who are in active addiction do not take proper care of themselves, usually neglecting to shower, eat, drink water, and sleep for long periods. The lack of water and food worsens their dehydration and the poor hygiene contributes to the skin’s irritation while dirt may clog the pores and worsen the acne.

Drug abuse always weakens the immune system which in turn affects the overall function and health of the body. The body will produce less of the white blood cells that are meant to fight off infection and other ailments. Meth abuse inhibits blood flow and this greatly slows the healing process. Both of these factors contribute to the skin problems associated with using Meth. Once sores develop, the body struggles to heal the wounds because of the lack of blood flow and weak immune system.

It is common for these sores to become infected due to bad hygiene and continued picking. When this happens, the body struggles to get rid of the infection because of the low amounts of these important blood cells. This may cause the wounds to swell and become abscessed. When this happens, the individual will likely need medical treatment. Sometimes an antibiotic will be required to help fight off the infection, as well as surgical draining of the abscess.

Abscessed wounds can be very dangerous to one’s health, sometimes causing sepsis. When infection enters the blood stream, it can reach the main organs and cause very serious medical complications. If you think this has happened to you or someone you know, you should seek medical services immediately.

What Can be Done About Meth Sores?

Many Meth addicts ask about what they can do about Meth sores, how to get rid of them and avoid getting them in the future. If you are a chronic meth user and have sores, help is available for you. Substance abuse and addiction are very difficult things to experience and go through, and it is not your fault. Unfortunately, the only way to get rid of Meth sores or Meth mites is to stop using altogether. If you have been a chronic Meth user and believe you have Meth mites on or under your skin, it is not true. It is a delusion and what you really need is help to get clean from this dangerous and life threatening drug.

It may seem difficult or even impossible to get clean; many people believe that they are too far gone to have a chance at real recovery. You may feel like you are completely alone in this world and that your pain is only yours to hold. Many addicts think that feeding their addiction until they die is the only option they have left, but they are wrong. Recovery is possible. There are many people who want to help you and most of them are in recovery themselves and have actually been where you are right now. Call us, at 866-578-7471, to speak to one of our addiction specialists. They have all been through the trials of addiction and have gotten better after seeking treatment and recovery. They will listen and relate to your experience, share how they found the path to recovery and help you find your own path.

Often, people in active addiction believe that they are too weak, that they lack the strength to go through detox and withstand from using for long enough to recover. The truth is though, people who have suffered from addiction are strong, they are fighters. They have experienced hardship, pain and challenges that most people could never understand. All you have to do is allow us to help you. You don’t need to suffer from these horrible wounds, uncomfortable sensations and hallucinations anymore.

Women are more likely to abuse Meth than over Cocaine.