What is Narrative Therapy?

Narrative Therapy is a treatment modality that primarily views one’s identity as a running storyline or narrative. While many people played a role in its development, Michael White was credited as the primary author of this theory. The main goal of Narrative Therapy is to encourage the client to view his/her life in context of a running narrative, and what events are interpreted as a result. Individuals who undergo this therapy often find that this approach is flexible regarding the needs of the client, as it adjusts based on the narrative.

The most powerful therapeutic process I know is to contribute to rich story development. – Michael White

Post-Modernism: This concept operates on the belief that individuals come to know their own truth based on the manner that they come to identify themselves. People also base their beliefs and worldviews on the values they hold themselves rather than what is factual.

Post-Structuralism: This concept consists of challenging conventional societal structures (such as pre-set varieties of personalities and values, or schemas). Instead, identities are developed differently based off one’s own values and influences.

Social Constructionism: This concept consists of believing that the language one uses in the narrative of his/her life defines his/her own reality. In this viewpoint, people are the creators and masters of their own fate.

Narratives: The stories that people tell about themselves determine the language that is used, as well as how lives are lived.

Dominant and Problem-Saturated Stories: Most stories are passed on family, culture, communities, and other societal standards. These stories often tell us what is and isn’t acceptable. These can be considered problem saturated stories if they cause us grief, pain or distress.

Deconstruction: This concept consists of taking apart dominant story lines and analyzing them in detail.

Thin or Thick Descriptions: This concept views storylines as being thin or thick. Thin descriptions do not leave much room for alternative viewpoints. Thick descriptions are more complex and leave additional room for interpretation.

Relativism: The belief that all beliefs, truths and attitudes hold the same value and one do not supersede others.

Unique Outcomes: In instances that contradictions one’s usual storyline, the individual takes a closer look and explore this occurrence.

Re-Authoring: This concept consists of rewriting one’s own story, and exploring new alternatives and following them.

Lack of Neutrality: The understanding made by counselors that they are never neutral have their own biases. Counselors who practice Narrative Therapy take this into account when treating a client. 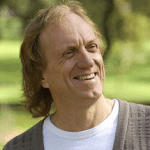 Michael White was born in 1948; he was born and raised in the city of Adelaide, located in South Australia. White was raised in a working-class household with parents of conflicting political and philosophical views (his father being more strict and his mother being more liberal). Even while White had asthma as a child, he was still very physically active. Later in his life, he became involved protesting against the occurrence of the Vietnam War. When White began to settle into his ultimate career path, he became a social worker in a psychiatric clinic, in which he witnessed the inhumane treatment of patients. At this time he began to question the overall view of mental illness. Throughout his lifetime, White had constantly questioned many authorities, just as Narrative Therapy continues to challenge the established standards of counseling today.

David Epston was born in 1944 in the town of Peterborough, Ontario, Canada; but spent most of his career-oriented time in New Zealand. While he originally studied to be an anthropologist, he found himself in the career of social work and therapy. Epston closely collaborated with White in formulating the ideals, concepts and applications of therapy.

The encompassing beliefs of Narrative Therapy consist of multiple views of human nature. According to Narrative philosophies, individuals create their own worldviews based on their interactions with the world (taking a more anti-deterministic stance). In addition, individuals are often believed to compare themselves to the standards that are placed by entities who hold power. Finally, the more prominent belief of Narrative Therapy is that individuals have their own storylines that define their existence, and is often communicated by the use of language.

I see life as the moving of myself and my surroundings and the surroundings of those surroundings towards the future. The shifts of life around me come by themselves, not by me. The only thing I can do is to take part in them” – Tom Anderson.

Showing Mystery, Respectful Curiosity, and Awe: In this technique, the counselor shows how human he/she is by giving more power to the clients, as they because they are the ones rewriting their own story (not the therapist).

Use of Questions: The counselor encourages the client to tell his/her own story in order to help him/her externalize any issues, as well as assist the client in exploring alternative interpretations and viewpoints.

Reflection, Empathy, and Verbatim Responses: The client is asked to look at his/her specific problem in more detail. The counselor further assists the client to explore new aspects of their views and beliefs, writing new stories in the process.

Encouraging Clients to Tell Their Stories: The counselor helps the client to share his/her views and beliefs.

Externalizing the Problem and Mapping Its Effects: Shifts the client’s view of any problems they have as not being a part of them but something that is effecting them. This can help the client understand better.

Unique Outcomes or Exceptions: The client is asked to take a closer look of any events that contradict or go against his/her perceived truth; the counselor encourages the client to make new stories in light of the new revelations.

Absent but Implicit Responses and Double Listening: This technique is based on the belief that every experience and expression in life is multi-storied and has layers. Explicit layers may be more obvious and apparent, while others may be less obvious but more on in implied basis.

Considering Social and Political Issues: The counselor examines the social and political ideas client and incorporates those beliefs into therapy.

Scaffolding: This technique consists of building positive stories and paying less attention to the negative ones.

Use of Therapeutic Documents and Other Paraphernalia: The counselor utilizes written documents to reassure the client that he/she is making progress. An example would be a client writing in a journal of the progress he/she is making.