Nothing could be more terrifying for a parent than walking into your rebelling teenager’s room only to find an empty syringe carelessly discarded next to their body, lips blue, skin cold and clammy, and no life to be found but the faint thump of their heart, growing fainter by second. Heart beating wildly the first thought that could come to mind is calling 9-1-1 as your precious child, your first born, the product of 9 months and 7 hours of labor is overdosing on Heroin. As the words spill out of their mouth in distress and helplessness they stare at their body wondering how long have they been like that or will the paramedics come in time to save my child’s life.

This scenario couldn’t be more real for nearly 44,000 people in 2013 and that number is climbing every year. Since other fellow Opiate addicts are hesitant to call the paramedics, they tend to try and deal with an overdose themselves and some fail miserably. In 2013 16,000 of that 44,000 died from prescription painkillers like Oxycodone and 8,200 death were Heroin users.

This begs the question, could those deaths have been prevented, could those parents have been taking action and not sitting on the side of the bed praying for the medics to arrive soon or in time? The answer to that question is yes! Instead of letting the feeling of helplessness consume them, they could have been reaching for the Narcotic Overdose kit and with shaky hands uncorked the Narcan syringe to inject their child with the drug that could save them from overdosing.

Emergency Narcotic Overdose Kits containing Naloxone, aka Narcan, were passed out to friends and family members in the event that someone they know may overdose on the narcotic that has enslaved them. Narcan is a drug that reverses the effects of Opiate narcotics and restores normal breathing. The drug is commonly used in emergency rooms to treat overdoses and is often carried by police, fire and emergency medical services.

Over 600 organizations are standing up and taking matters into their own hands. Since 1996 those emergency injection kits have been passed out to the friends and family members of narcotic drug abusers with one goal; to save the lives of those they love. This program started on the foundation of tears from the parents whose children died before help could arrive or before they could get to a hospital.

Lead researcher Eliza Wheeler, DOPE Project Manager at the Harm Reduction Coalition in Oakland, Calif, states, “Overdoses are often witnessed by other drug users and family members of drug users. “There is a reluctance to call 911 among people who use drugs, so people were managing overdoses on their own — unsuccessfully in many ways. So programs started educating people who are likely to witness overdoses in how to deal with them.”

Giving them the tools to combat overdose, could and has saved so many lives before they found the courage to embrace sobriety. Almost 27,000 drug-overdose reversals using Narcotic Overdose Kits were reported to U.S. health officials between 1996 and 2014, according to the report. “The goal of these programs is to put the tools to reverse overdoses in the hands of people most likely to witness an overdose,” stated Wheeler.

Why Your Antidepressants Stop Working 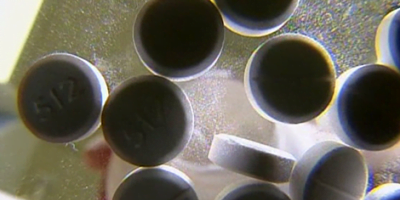