The Interesting Origins of LSD

Many may be familiar with the drug known as LSD, but its origins may be somewhat of a mystery to some. While the drug itself may be commonly known as a drug used in a club environment or a means of escaping reality. But a closer look at the origins of LSD illuminates a more colorful history. 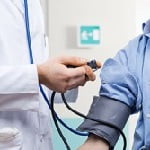 LSD, also known as lisurgic acid diethalemide, was originally synthesized in 1938 by chemist Albert Hofmann, an employee of Sandoz Pharmaceutical. The drug itself was actually created with intention of acting as a blood stimulant. However, Hofmann discovered the hallucinogenic properties of the drug five years later when he accidentally consumed a small dose.  Years later, researchers had purposed themselves to find uses for the psychoactive properties of this drug. From a psychological perspective, some studies were conducted in order to determine if LSD could be used to suppress the conscious layer of the mind, providing insight into the subject’s subconscious. This development would have likely provided insight into understanding human nature without the conventional boundaries of natural logic and human expectation. From a biological perspective, there was also research performed to determine if LSD could mitigate the symptoms of mental disorders, such as anxiety or schizophrenia.

While the scientific exploration of LSD occurred in the earlier half of the 20th century, 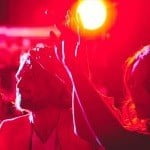 another perspective on use of LSD in the following years. The 1960s marked a substantial spike in drug experimentation. After its discovery in substance using circles, LSD became a widely popular substance, often going under the name of “acid.” Most of the individuals who used LSD during this time primarily used LSD to experience an altered perception of reality. However, there was another element behind using psychoactive substances may have played a role in the escalating popularity of LSD. The emergence of escapism became a more popular occurrence during this time. This concept consists of individuals avoiding direct conflict regarding times of disagreement or hardship, and finding another occupation to redirect the individual’s attention. When confronted with the issues of the era, the trend of using hallucinogenics likely presented itself as a viable option to provide an escape from reality. This emergence of LSD, along with several other hallucinogens, likely provided a compelling scenario for an increased psychoactive drug use.

LSD Use in Today’s World 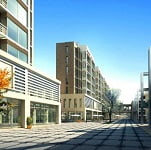 While there was a notable decrease in the use after the 1960s had past, there was a report spike in the late 1990s. However, this use of LSD took place in clubs, raves and similiar settings. Within this time, there were numerous cases of individuals displaying delusional panic attacks, hallucinations, severely impaired cognition and other psychotic symptoms. While there was a notable increase during this period, the levels of use dramatically decreased by the early 2000s. As of now, there are occasional reports of LSD use in some communities, but not in the quantities that would exhibit characteristics of an epidemic. However, it is not outside the realm of possibility that this substance may make a substantial comeback in the future.

Changing The Face Of Addiction: The Stigma

Christian Based Treatment Helping With Addiction

Read More
LLSD Addiction Rehabilitation
New Study on LSD A new study has been conducted illuminating the impact of LSD on the brain,…