A new study has been conducted illuminating the impact of LSD on the brain, and the results are amazing. The drug has long been understood to create spiritual experiences and an altered state of consciousness often marked by sensations of universal belonging. This new study conducted by the Imperial College London aimed at quantitatively revealing why it has this effect and extracting understanding of both the drug and consciousness.

LSD (Lysergic acid diethylamide) is a hallucinogen that was first synthesized in the late 1930s in Switzerland and was outlawed by many western countries within three decades. It was originally thought to be useful to treat psychiatric conditions.

LSD and the subsequent feeling of an expansion of consciousness had a major influence on the American counterculture of the 1960s and 70s, also known as the hippy generation. The influence of this drug, once considered mystical and transcendental, can be seen and heard throughout the art and music of the era.

Results of the Study

The scientific study of the effects of LSD has been halted due to a government ban on the drug. Essentially, there has been a 50-year wait for the results of this study.

The study consisted of administering an IV dose of the drug and watching its effects via three different types of brain scan. The images recorded are nearly as colorful as a trip on the drug itself. The entire brain is consistently brightly lit with a noticeable lack of segmentation.  By comparison, the effects of the placebo showed only local activity and had nowhere near the effect of the actual drug.

One of the researchers, Robin Carhart-Harris, said that “we saw many more areas of the brain than normal were contributing to visual processing under LSD, even though volunteers’ eyes were closed.”

He further noted that subjects were “seeing with their eyes shut.” The visual experience that they were
“seeing” would have come completely from the imagination.

When high on LSD, the volunteers’ entire brain seems to be working as one. Instead of different neural regions lighting one at a time, as is indicative of the usual segregation of these different areas, the effects of the drug caused them all to be lit at once. This signifies a substantial change from the normal patterns of neural processing and lends an explanation for why the drug is associated with feelings of unity and belonging.

“We are finally unveiling the brain mechanisms underlying the potential of LSD, not only to heal but also to deepen our understanding of consciousness itself,” stated Amanda Feilding director of the Beckley Foundation which contributed to the study.

The study has shown just how powerful LSD can be and emphasizes its potential for the treatment of such conditions as depression, anxiety, and addiction. Persistent depression can be characterized by deeply entrenched thought processes that can be resistant to normal treatment methods. The same is true for addiction and other mental disorders. LSD has the potential to break through these road blocks by energizing the entire brain. It could possibly uproot old, destructive thought processes and allow for the creation of new, healthy ones.

This study marks just the first step toward science realizing the potential therapeutic value of LSD. Science is still a long way from reaching the original goal that the founders of the drug envisioned. However, after this breakthrough study, the conversation around LSD and what it can do for those who suffer from addiction or mood disorders is back on the table. It may one day be a treatment option for those who have exhausted all others. 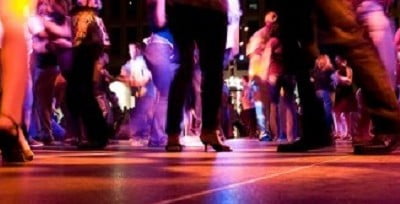 Read More
LLSD Addiction Rehabilitation
Many may be familiar with the drug known as LSD, but its origins may be somewhat of a…