New Restrictions on Lorcet Pain Pills and the Dangers of Abuse

In October of 2014, there was a new change in regulation by the U.S. Food and Drug Administration which has imposed new restrictions on Lorcet and most other opiate painkillers. Lorcet pain pills are one of over 200 medications with variations of chemicals and the highly addictive opiate, hydrocodone. Any prescription medications that incorporate this substance, such as Lorcet, are now experiencing a reclassification of drug scheduling which requires more standards when refilling prescriptions. Though, many may ask: Why is it being restricted? How does this restriction actually work to reduce levels of abuse?

Lorcet pain pills are generally a mixture of acetaminophen and hydrocodone. Hydrocodone is a chemical agent that is primarily responsible for the relief of pain, as well as the more infamous states of euphoria that often precede cases of addiction. While the acetaminophen is not addictive (as it is a weaker pain reliever), it increases the overall potency of the hydrocodone itself. As the characteristics of both ingredients suggest, the main medical purpose is that of pain relief. However, the addictive nature of the drug has demonstrated that reduction of discomfort through Lorcet can have a serious price.  The addictive qualities that accompany the excessive use of Lorcet further reinforces patterns of repeated use, which can cripple nearly all facets of the individual’s life.

In addition to the addictive nature of Lorcet, there are also numerous health risks that are 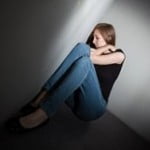 associated with the misuse of Lorcet and other opiate medications. Many common side effects that stem from Lorcet use may manifest as slowed or suppressed breathing, issues with urination, digestive complications, nausea, jaundice (yellowing of the skin), impaired vision, dizziness, seizures, coma and death. In addition, the risk of these symptoms are magnified when the individual is mixes Lorcet with alcohol. From a statistical perspective, a large majority of individuals with a prescription drug addiction also have been reported to be drinking moderately or heavily as well. This correlation indicates that a large number of individuals who are misusing Lorcet may be experiencing health risks that are greater than the consequences of solely abusing prescription drugs.

In response to the substantial risk from the misuse of Lorcet and addiction risks, the Food and Drug Administration commenced a re-classification of Lorcet and other opiate-based prescription drugs from a Schedule 3 to a Schedule 2. Ordinarily, Schedule 3 substances can generally have their prescriptions refilled over the telephone, rather than needing additional documentation or authorization. However, Schedule 2 substances do not allow for telephone-ordered refills for prescriptions, and require a physical signature from the supervising physician. This additional step would involve an increased involvement in the account of the medical professionals, ensuring a closer examination of the client’s well-being regarding his/her medication. With this newer restriction on Lorcet, experts are hopeful that Lorcet abuse would eventually decrease.

Why Do People Avoid Seeking Help For Their Addiction