Can I Get Addicted to Prescription Drugs and am I at Risk?

Y You don’t have to go to a drug dealer to be an addict, doctors can get you hooked just as easy as the guy on the corner. There are 1.9 million people addicted to prescription pills in the United States alone. Whether they are sold on the black market or prescribed by a doctor, dependence affects the rich and poor alike. Prescription drug abuse kills 28,000 people a year. In recent years, there has been a dramatic increase in prescription drug abuse and addiction. Prescription drugs that are given out by a doctor are the most commonly abused substances in the USA because they are prescribed by a family physician that is trusted and respected. Often times the prescription medication suggests that you take multiple pills a day for an extended amount of time. This is the easiest way to get addicted to a prescription medication as you trust that you are doing the right thing because you are told to by a professional.

Or Fill Out The Form Below:

Prescription drug abuse is growing at an alarming rate in the United States. The tricky part of this addiction is that it is not safe to stop taking them alone, it can be fatal to stop cold turkey. If you do notice that you are developing a dependency for the prescriptions you are prescribed, talk to your doctor about your growing concern.  In most cases medically supervised detox is required, seizures and brain aneurysms are common without medical assistance.

Admitting that you may becoming addicted to your medication is difficult and may seem embarrassing. Please keep in mind that you are not alone and many people are finding that their prescriptions are highly addictive and are seeking help.

Rehab facilities are legally obligated to keep your information confidential, it’s no one business but yours. It’s your choice to get into treatment and many facilities have individual rooms and private sessions.

S Someone who abuses prescription drugs uses his or her medications in a way other than for that they were originally prescribed. Many have become dependent on the drug. Often times it begins with taking more pills that are recommended on the bottle. For example, if a person was doing yard work and feel that their muscles are sore from the labor, they may think taking an extra pill will help them control the ache they may feel the next day. No one intends to become addicted to prescription pills but given the circumstance and the little knowledge they have about the medication they are taking, these things tend to happen without the person knowing.

Prescription drug abuse continues in spite of negative consequences for the user, including relationship difficulties, problems on the job, or the risk of physical harm from inappropriate use.

The signs of abuse will change depending on the type of prescription drug that is being used. A person using prescription opiates might seem a little lethargic or drowsy and often their pupils will be pin point..

Benzodiazepines are a drug class that is used to treat anxiety. Valium, Xanax, Halcyon and Ativan fall into this category. These drugs can be very dangerous to withdraw from without medical assistance.

Even sleeping pill abuse is becoming a problem as the people who abuse these types of drugs find themselves sleep walking, sleep driving, or in some cases murdering those they love with no recollection of their actions.

Pain Pills To Heroin: It Happens

This situation is occurring all over the country, turning good people in to addicts. A mother who finds herself addicted to pain medication after a leg injury may turn to street drugs to keep her withdrawals under control. Her intentions were never to abuse her pain medication but find herself in denial making up excuses for why she still needs the medication long after her leg is healed.

A common problem with prescription pain medication is its addictive nature.  Once the prescription runs out, the user is forced to turn to the black market to control the withdrawals they are feeling.  The high street prices of the pills turn many addicts to Heroin which has a similar high to the pain medications they were taking.

Long term Opiate addiction can be very physically dangerous. It will create complications such as kidney damage, stomach bleeding, liver damage, nervous system damage,  respiratory damage, decreased libido, or even death. Once you are dependent on Opiates the withdrawal symptoms can be severe.

There is often a common misconception that prescription medications are safer than illegal substances, convincing a loved one that you’re concerned can be intimidating but necessary. They may be in a state of denial and can not see that their bad habit is quickly turning into addiction. It may be wise to contact an interventionist to help convey the message without causing shame or embarrassment. In many cases those prescription drugs are more dangerous than their illegal counterparts and the person caught in the addiction does not realize it.

Drug detox is the first step in a true prescription drug treatment program. The focus of detoxification from the drugs in your system is physiological healing after long-term drug addiction – first, through stabilization and then through detoxification. Detoxing from prescription drugs can be a dangerous situation, unsupervised detox has lead to death so Medically supervised detox is normally required to insure patient safety.

While the withdrawal period can be extremely painful it is critical for a successful recovery. That’s another reason for a medical detox assistance, they can mitigate the patience pain during this process. The detox process differs depending on what specific drugs were abused, how they were abused and for how long.

Medication Assistance: During detox there are medicines which can ease the discomfort. Methadone, Suboxone, Subutex and Valium are medications which may be used to lessen the pain of withdrawal.

Each year millions of people overuse prescription drugs. Waiting is not an option for a prescription drug user, the drugs are just too easy to get and to stay hooked on. We can help, call (866) 578-7471  and get the help you need and save a life.

With as easy as it is to get prescription pills and their addictive nature, it’s usually best to get away for a period of time. Often requiring a full detox with round the clock supervision by medical professionals. A true Inpatient facility is where the people stay at a physical location with proper supervision for a specific period of time, typically for 30, 60 or 90 days. This varies depending on type of addiction and how long they were abused.

Outpatient facilities can differ quite a bit. Some are little more than counseling, and others require daily check-ins where you attend classes, support groups and therapy. They may also make group meetings a requirement. The time commitment can be substantial in an outpatient clinic setting. However this allows the people to work, attend school or go about their life as normal.

Order by:
Date Title
Summary: We are committed to changing lives and restoring families by providing evidence based treatment in a safe, structured, nurturing community environment, allowing individuals to [...]
Summary: Elijah's House Treatment Center, is one of the only luxury addiction treatment centers in Pasadena, California. We understand that the emotional and painful circumstances [...]
Summary: Recovery in Motion Treatment Center is a leading drug addiction treatment provider in beautiful Tucson, Arizona.
Summary: At Ocean Breeze Recovery drug treatment center we fully understand that each individual is unique and so are their circumstances. This is the very [...] 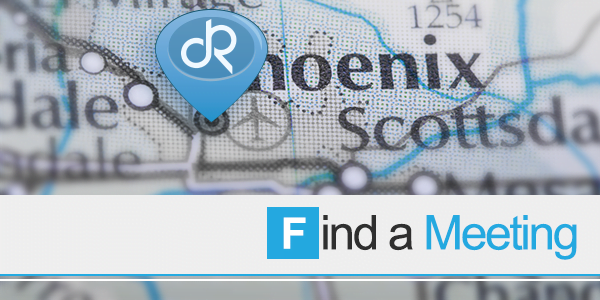 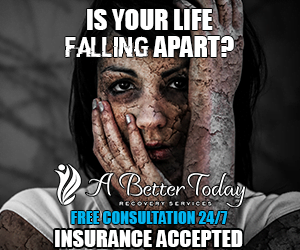