Within many regions of the world, some substances are not very well known. Countries like the United States often hear more about the dangers of marijuana, methamphetamine, cocaine and heroin; but rarely ever about a drug called Khat. Meanwhile, in other areas like Somalia, this substance is reeking havoc on the minds and bodies of its users. Numerous organizations have been trying gain traction in fighting the epidemic of , even in the more volatile areas of an at-risk nation. 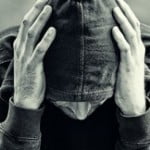 Khat is a naturally occurring plant that is commonly found along the Arabian Peninsula, as well as most of East Africa. The main ingrediants that give khat its psychoactive properties are cathinone and cathine. Both of these chemicals elicit the same effects as methamphetamine. This psycho-stimulant can have numerous and unpredictable effects on its individuals, all depending on the individual’s size and weight, how long the individual has been taking it, the quantity of the drug, the potency of the substance and other potential factors. Many of the symptoms often include increased heart rate, rapid breathing, fever, increased blood pressure, increased levels of energy and hyperactivity and loss of appetite. In addition, the health risks that accompany excessive khat use is also widely varied, often consisting of impotence, digestive issues (such as constipation), issues with sleep, mouth sores, mouth cancer, as well as psychosis and other mental health issues. Also, given its addictive qualities, the use of khat induces patterns of repeated use, further reinforcing the negative consequences. This addictive nature also lends influence to behaviors that create issues on a financial, familial and societal scale.

The negative consequences of khat use has made a notable impact in many areas of Somalia.

According to studies in the country, there are reports of regions where approximately 36.4% of the population is reported to be using khat. This number may vary depending on the political climate of each region. In the more stabilized areas, this percentage is likely to be lower, while the regions with increased rates of violence also have substantially higher rates of khat abuse.  This pattern likely fits the need for residents to cope with the environment stressors in the surrounding area.  Given the violence of warfare in numerous part of the countries, more and more individuals would be more likely to pursue a mind-altering substance, and khat itself presents a high level of accessibility.

Movements to Combat The Use of Khat 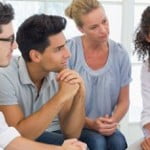 In response to the epidemic in this country, there have been several movements that have begun to take root in Somalia. Several activists, such as Abukar Awale (who has been using the alias “Qadid”), have been beginning to establish themselves in the at-risk regions in Somalia to educate citizens on the dangers of khat use, as well as provide resources that would assist individuals who seek to recovery from khat addiction.  Abukar Awale has previously been successful in his campaign to reduce the use of khat in United Kingdom through government petitions and other campaigns.  With movements like these gaining traction in country, there may yet be a degree of hope for the afflicted citizens of Somalia.

How Does a Christian Treatment Program View Inventory