Music festivals typically come with the stigma of drug use. At Hard Summer two young women died due to what is thought to be an ecstasy overdose, triggering officials in L.A County to put a temporary ban of raves held on county property.

This is similar to the ban in reaction to the overdose at the Coliseum back in 2010 during the Electric Daisy Carnival. If the ban didn’t stop overdoses then, why would it work this time?

Instead of banning music festivals, or raves, drug education is a better alternative.

According to the New York Times, around 19 people have died due to overdoses at events such as these since 2006, while overdoses were the cause of 38,329 in 2010 alone.

Being aware of the effects of ecstasy and other party drugs along with the signs of an overdose could help to eliminate overdoses at festivals and raves.

Jacquelyn Matter wrote an opinion piece for the Daily Trojan stating “The education process could manifest itself in a few different ways. A mandatory online drug-education course could be put into place when a ticket to a rave is purchased, similar to the courses universities make all of their new students take. Even if a few people in the large crowd knew when medical attention was necessary, a life could be saved.”

“The risks are multi-fold, cash-strapped college students who can’t pay $5 for water, lots of people in tight spaces and events designed for dancing for many hours,” said Sean Nordt, a toxicology expert at USC’s Keck School of Medicine in an interview with L.A Times.

Nordt said that tragedies such as this can be avoided by supplying lots of free water and a calm open spaces. As well as educating people and making sure they feel comfortable reporting someone that needs help.

“A lot of times, by the time someone gets to the ER, they’re so far beyond the curve because there’s been a delay in care. A lot of the problem is identifying who is at risk,” he said.

Along with the education of Ecstasy and other drugs used in events like this, it’s important to educate people on the laws.

In California there is a “Good Samaritan” law that allows someone to call for medical attention without fear of negative repercussions when medical attention is necessary. If more people knew about this law then maybe people would be more likely to call for help if they see someone who needs assistance.

Simply putting a temporary ban on these events is not going to solve the problem. Educating people on ecstasy and other drugs while making water readily available could help to eliminate not only overdoses at events but in everyday life as well.

Hydrocodone Origin & Why It's Addictive

Should I Get Treatment for Addiction? 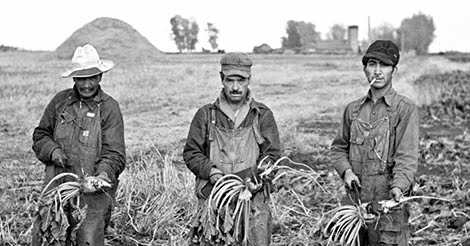