What is Gestalt Therapy?

Gestalt therapy was developed by psychoanalyst and neuro-psychiatrist Fritz Perls in the mid-twentieth century. This particular theory impacted society as a whole due to the services it provided. Gestalt therapy was credited as being one of the first therapies that was fashioned in the humanistic capacity. Many people often gathered to receive counseling from Fritz Perls, as his ideas of “letting oneself out” in order to be free was revolutionary at the time. The more direct approaches from Gestalt therapy’s technique often served as a aggressive treatment approach when addressing psychological problems or issues of substance abuse and addiction. While it could be considered to be too direct in its approach for some individuals, it has been proven to be a generally effective form of therapy.

I am not in this world to live up to other people’s expectations, nor do I feel that the world must live up to mine. – Fritz Perls

Holism: Holism is the belief that all aspects of an individual’s life are related in some way. That way, all aspects of the client are taken into account during treatment, such as physical, spiritual, psychological and social aspects of one’s life.

Figure/Ground: This concept addresses the fact that people will recognize what is in the foreground of their perceptions as opposed to the background. This concept assists clients in understanding what they directly perceive, as well as things they absorb into their subconscious.

Unfinished Business: This concept generally consists of the negative impacts of past issues that have not been resolved, such as fall-outs with people or past traumas.

Resistances or Blockages to Experience: This concept posits that barriers are created to prevent or block out an undesirable experience; such as not remembering an event or denying it ever happened. 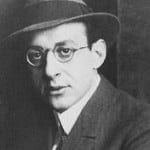 Fritz Perls was born in the Jewish Ghetto of Berlin in 1893. Given the time and region he grew up in, combined with his cultural upbringing, he and his family faced tremendous political difficulty due to the rising levels of antisemitism. Even while his family left the ghetto at young age, Fritz often experienced hardships that were from within his own family. His father was a wine salesman who frequently had fights (both verbal and physical) with Fritz’s mother over his long periods of absence from well, as well as numerous affairs. In addition, his mother also spent time trying to convince him and his siblings to side with her against her husband, even though she herself was often violent towards the children. Later in his life, Fritz traveled to various parts of the world, such as South Africa and the United States, and accumulated different perceptions about the world around him, as well as his own identity.

When Fritz settled down later in his life, he began to take in his experiences and influences in his life to formulate his own view of human nature. He believed that people were born as either “good” or “bad,” but he believed that each person had infinite potential. He also held the belief that each individual’s reality based upon the experiences that one had gone through in life. These beliefs acted as core principles that were expounded upon in the formation of Gestalt Therapy.

Our dependency makes slaves out of us, especially if this dependency is a dependency of our self-esteem. If you need encouragement, praise, pats on the back from everybody, then you make everybody your judge. – Fritz Perls

Expressing Empathy: This technique is used by the therapist to help relate to the client a build a therapeutic relationship.

Being Confrontational:  This technique is used when the therapist tells the client that they are being incongruent with oneself regarding particular issues.

Avoiding Intellectualization: Avoiding the use of questions that result in simple “yes” or “no” answers from clients.

Focusing on Non-Verbal Behaviors: Operating under the assumption that body language is paramount in understanding issues that remain unsolved.

Experimentation: This technique consists of therapists being able to create new and perhaps unconventional techniques with the goal in mind of helping the client deepen their understanding of his/herself.

Using “Now” Language: This technique consists of using present tense language, rather than past or future, in order to remain focused in the current moment.

I-Thou Communication: This technique consists of the client directly addressing issues by either talking physically to the person causing the issue, or role-playing the conversation.

I-It Language:  This technique consists of the client changing the way he/she speaks, changing the subject from “it” to “I” in order to strengthen the voice of the client. An example would be someone saying “I feel bad,” instead of “it doesn’t feel right.”

Not Gossiping:  This technique consists of the client facing his/her issues directly without sharing the problem with other people.

Making Statements Out of Questions: This technique consists of the client analyzing the questions he/she asks as a part of a statement about his/her being.

Empty Chair Technique: This technique consists of someone addressing an individual who cannot physically be addressed (such as an estranged spouse or someone who has died) and role-play to solve the issue.

“I Take Responsibility for That:” This technique consists of the client not shifting blame onto someone else for something that is his/her fault.  An example would be someone changing “I hate this job,” to “I hate my job, I’m responsible for that.”

Playing the Projection: The technique consists of the client altering the purpose of one’s statements to reflect inwards as opposed to outwards.

Exaggeration Technique: This technique consists of the therapist asking the client to put emphasis on a particular word or phrase in repeated statements in order to become desensitized to the concept he/she is repeating.

Dream Work: This technique consists of analyzing the client’s dreams and interpreting them as part of their self being expressed unconsciously.