In the world of pharmaceuticals, there are always new reformulations of medications to insure a higher quality product.  However, at what point does a new innovation become more of a threat than a benefit?  One exemplary case in which this concept is encapsulated is a recent prospect of a reformulated immediate-release Oxycodone.  Purdue Pharma created a new medication know as Avridi Roxicodone.  While it may have had implications in preventing further abuse of prescription medications, there were other factors of this substance that the FDA had to take into account in order to determine it’s efficacy. 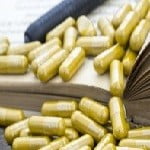 The conventional form of Roxicodone is an opiate pain medication that is either administered intravenously or orally.  While the main purpose of the drug is to alleviate pain, but there are other side-effects that have known to cause issues; such as vomiting, lack of appetite, fatigue, nausea, dizziness, dry mouth, itching, sweating and seizures.  In addition, there are also several negative symptoms that may occur if an individual suddenly stops taking Roxicodone.  While none of the symptoms themselves have fatal effects, there may be related circumstances that could cause a danger to using individuals (such as dehydration or pre-existing medical conditions).

The Need for a New Roxicodone. 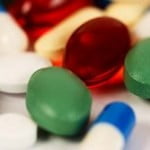 regarding issues of prescription drug abuse and addiction.  Due to the euphoric nature of the drug, excessive use of the drug conditions the user’s brain into a pattern of repeated use.  Because of this addictive nature, the FDA has classified all opiate-based medications under Schedule II, which is the most restrictive standard placed on any drug that can be used for a medical purpose.  In response to this pitfall, Purdue Pharmaceuticals attempted to reformulate a variety of Roxicodone that would not have the same levels of addictive properties.  However, there would be additional requirements for individual in order for the new drug to be administered.  In order for the drug to be taken, all individuals would have to take the pills on an empty stomach.  In addition to this demanding requirement, there would also increased risk of overdosing, inducing either comas or death.

The FDA’s Response to the Reformulation 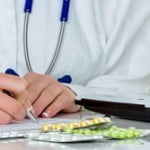 With these factors in play, the FDA panel had numerous concerns.  Several panel members from the FDA have made statements regarding the efficacy of this new variety of Roxicodone.  Dr. Sharon Walsh, a panel member from the University of Kentucky stated that “The problem here is that they have developed something with a beneficial abuse-deterrence property, but the product is inferior to the one on the market from the standpoint of how it will work in the most common patient population that needs it.”  In addition,  Dr. Almut Winterstein from University of Florida noted a flaw in the intention of the newer reformulated Roxicodone, as evidenced in his statement; It might give providers a false sense of safety because it has a label of abuse-deterrence, but in reality it adds a safety concern.”

Ultimately, the FDA rejected this new version of Roxicodone due to factors that would cause more harm to its users than it would help.  However, perhaps the future will bring improved medications that will not have any addictive qualities, yet be void of any possible danger to its users.