“…the doctor has a responsibility to make some kind of judgement as to the emotional maturity of who he is prescribing, particularly opiates, to.” Says D.J. Diebold, a Behavioral Health Therapist. Opiates are usually used as narcotic painkillers, but they can also include drugs such as Heroin and concentrated Opium. This particular kind of narcotic can create a physical and a psychological dependency, making it especially dangerous if abused. Addiction to painkillers can and has happened to many people, particularly those who are experiencing severe pain and are using drugs such as Vicodin or Oxycodone for relief.

One symptom of abuse is a phenomenon that is called Phantom Pains. This is a very severe symptom of opiate withdrawal that causes pain in the muscles, bones, and/or joints due to the body no longer receiving a steady influx of pain relief medication. Smaller dosage medicines such as aspiring or ibuprofen can aid with these pains, without going through the hazards of addiction. There is no need to return to the opiate in order to get relief.

Why Don’t We Have Non-Addictive Painkillers?

“We could address the issue of non-addictive painkillers, there aren’t too many… the RnD money doesn’t go into that.” Diebold says, pointing out how people will continue to pay well into addiction for medications that are almost a necessity. Many times painkillers are prescribed after major surgery, vehicular accidents, or other physically tragic incidences. One would think that, given how addictive certain painkillers are, we would look into creating painkillers that don’t have addictive properties.

“We started with a medical problem and we end with an addiction… and an emotional and psychological problem. Does that violate the Hippocratic oath?” While this may be somewhat of a reach, Diebold makes a great point. The medical professionals need to have the right conversation with their patients to assure that they are able to handle the responsibility of these painkillers to avoid causing more problems than they are solving.

What Can I Do?

If you are someone who is working to stay clean but may require painkillers due to surgery, speak to your doctor. The more information your medical staff has the better they can help to treat your condition, whatever it may be. Pain is an awful thing to deal with, and there are ways to alleviate it without resorting to a highly addictive prescription painkiller. A lot can be done if you are simply open and honest with your doctor and ask that they work with you to avoid potential relapse.

Read More
PPainkiller Addiction Rehabilitation
Pregnant and Addicted to Painkillers Prescription medication is one of the most commonly abused drugs on the market.… 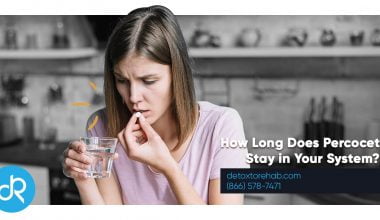