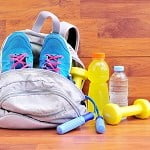 In light of recent events, we are witnessing a surge in GHB overdoses, and the purposes it is used for. Earlier in October, John Stamos was arrested for driving while under the influence of GHB. When questioned about his use of the substance, Stamos posited that is was actually a workout supplement he was taking. While some may initially consider this to be a cover story for recreation use, given that GHB is commonly known as a club drug, there are also effects that make this drug a dangerous gamble in some fitness communities. 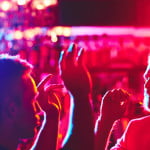 GHB is scientifically referred to as Gamma-Hydroxybutyric Acid, though it often goes under various street names like Grievous Bodily Harm, Liquid G, Gamma O or other titles. GHB is actually a naturally occurring chemical found in humans, plants and animals. However, this chemical can be synthesized into a far more potent does not occur anywhere in nature. The substance itself is classified as a central-nervous system depressant, meaning that it has similar effects to that of ketamine, alcohol and rohypnol. Because of its sedative-like effects, GHB is commonly used as a date-rape drug, particularly in clubs, raves or similar environments. To learn more about designer drug abuse and addiction, call (866) 578-7471.

GHB Abuse in the Fitness Community

However, GHB seems to not be just a drug for its hypnotic qualities, there is another trait that may often be overlooked. In addition to sedative qualities, GHB also has an effect on the individual’s muscular disposition, similar to that of anabolic steroids. GHB is commonly known to reduce its users levels of fat, as well as act as influence the process of developing muscle mass. With these effects, individuals who are looking for a chemical to increase their muscle mass may find an allure to using GHB.

The Dangers of Abuse and Overdose with GHB 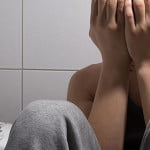 Even with some erroneous perceptions of “having benefits,” GHB poses numerous dangers to one’s own health. The Drug Enforcement Administration stated in its fact sheets regarding the harmful side effects. According to these documents, many effects that occur consist of nausea, slowed heart rate, significantly slowed breathing, decrease body temperature, intense vomiting, coma, seizures, and death.

In addition, these harmful effect are magnified by the profound instability of the potency of each dose. Due to the chemical nature of the drug, different amounts of each dose can have exponential effects. In an interview with The Daily Beast, chemist Steven Fowkes, executive director of the Cognitive Enhancement Research Institute, remarked about the escalating nature of using GHB. “One gram of GHB can be like a can of beer, two grams can be like three cans, and three grams can be like a case,” Fowkes says.

With this increased instability, the prospect of overdosing becomes an even more considerable risk to its users. For anyone who has ever considered utilizing a substance like GHB for its muscle enhancing effects, please do not take such a risk. Natural exercise and all-natural supplements are not only more widely accepted, but do not present such a substantial risk of ruining or ending your life.

Rum To Ruins: Russian Sailor Drank Half A Litre Of Rum Before Crashing Ship

Addiction Treatment In The Marine Corps