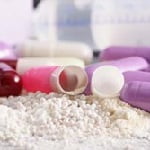 Benzodiazepines are psychoactive medications that are used in the medical field for treating cognitive abnormalities such as anxiety, insomnia, post-traumatic stress disorder (PTSD), and panic disorders. They also have properties that can be used to assist in alcohol withdrawal and seizures. Common drugs in the benzodiazepine classification are Xanax, lorazepam, and valium.

“Benzos” are safest and most effective if taken on a short-term basis. Taking these medications only for a short period of time decreases symptoms such as nervousness, fear, or worrying. They also help decrease excessive physical symptoms such as abnormally fast heartbeat, breathing problems, restlessness, dizziness, and sweating. After these symptoms have been managed, therapeutic practices are substituted for medication, such as cognitive-behavioral therapy.

Long-term use or abuse of these medications have dangerous side effects including adverse reactions such as further anxiety, depression, addiction, and other cognitive defects. They are also one of only two drugs that can lead to death during withdrawal if not done in a controlled and monitored environment. The other being alcohol.

These drugs affect the neurotransmitter known as GABA. They have a calming effect on hyperactivity within the brain.

Children being treated with Benzos 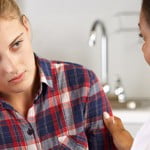 Though benzodiazepine use is much more common among adults, there has been an increase in using benzos to treat adolescents. The prescriptions should be administered with more vigilance when given to children and at a much lower dosage. The negative outcomes from long-term use are much more likely with adolescents because of the chemical manipulation within an undeveloped brain.

The time of effective treatment under these medications should also be reduced for children if at all possible. In certain cases, extended time may be necessary to suppress symptoms for disorders such as severe anxiety and frequent seizures. Doctors will work with individual patients in order to constructively move away from chemical dependence and into more conventional forms of treatment involving therapy.

The horrors of epilepsy and seizure disorders

The cases where children, especially infants and toddlers who are subjected to the terrors of disorders such as epilepsy, are medicated with benzodiazepines for long periods of time are scary and all but certain pertaining to results. Epilepsy is a life-threatening disorder that is a definite cause for much concern for parents of the children who have been diagnosed. It involves reoccurring seizures that can be nearly undetectable if not monitored properly. The Center for Disease Control and Prevention estimated that in 2013 about 1% of children between the ages of 0 and 17 had been diagnosed with epilepsy or seizure disorder. That’s 750,000 children in the United States. In the same study, 5.1 million people had been diagnosed with epilepsy or seizure disorder including adults in the United States.

Scientists are now researching alternative treatments for such situations. One solution has been focused on the CBD (cannabidiol) chemical in cannabis. Of course because of its legal status, marijuana has been heavily restricted or regulated due to the psychoactive effects caused by its other main chemical agent, THC (tetrahydrocannabinol).

The following video illustrates the terrors of a child with epilepsy.