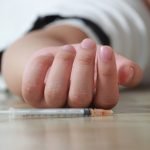 In our society, we find a disturbing combination of trends that often converge to wreak havoc on many communities.

The city of New Haven, Connecticut has been recently afflicted with a deadly combination of Fentanyl-laced Heroin that has been causing overdose rates to soar. Officials in the area have declared a state of medical emergency in response to the spike of overdose-rates.

Just yesterday, New Haven’s population of nearly 140,000 people experienced a total of 22 overdoses, 2 of these cases resulting in death. Authorities have now attributed the cause of these overdoses to a batch of Heroin laced with Fentanyl. There have been cases of this drug combination found throughout the nation, but to see this concentration of overdoses in a city such as New Haven presents a deeply concerning issue.

Emergency services are reporting to be running short on supplies to counteract the symptoms. Narcan (also known as Naloxone) is a medication that is frequently used to reverse and prevent the symptoms of an opiate overdose. However, the massive surge of overdoses from opiates in New Haven is presenting the risk of depleting the city’s supply of Naloxone-based medications.

“I don’t ever recall a day like this ever.” New Haven Fire Chief Matt Macarelli told reporters. “I don’t think we’ve had this amount in a very, very long time. We have barely enough Narcan to get through the night. We’re hoping it calms down. We used up almost the whole supply of Narcan in the city.”

Heroin Rising Throughout the United States

The rates of overdose in New Haven, Connecticut present a notable example of the destruction Heroin has 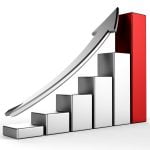 been bringing upon the United States. Within the last 10 years, Heroin abuse in the U.S. has increased tremendously. What was once an affliction in smaller demographics has now scaled into a worldwide epidemic.

Even while other substances such as Cocaine of Methamphetamine have been declining over the past five years, Heroin abuse only continues to grow. The health risks that accompany Heroin have been claiming countless lives. The need for Heroin addiction treatment is overwhelming.  However, this new addition of Fentanyl, another Opiate-based substance, presents an even greater danger to those under the grip of chemical dependency.

The Dangers of Heroin Mixed with Fentanyl 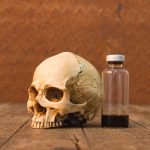 The primary element that makes Fentanyl-laced Heroin so deadly is a polydrug use factor. This process, also known as “Stacking drugs” consists of individuals administering multiple substances in order to have a more potent effect. However, when this occurs, the body’s resistance to the effects (also known as tolerance) becomes less and effective. Therefore, the body’s central nervous system becomes more highly susceptible to overdosing.

This particular batch of Heroin may also be even more fatal given that many people using it may not know of the additional Fentanyl. Therefore, individuals may administer a higher dosage, unaware of the very real likelihood of overdosing.

Occurrences like the situations in New Haven proves this overdose epidemic only further demonstrates the dangers that lie within drug abuse and addiction: both in apparent detriments to health and unforeseen circumstances. Overdose is a real and substantial threat anyone suffering from addiction. If you know someone that needs help, it is crucial to reach out for help immediately.