The Dangers of Meth Abuse: An Addiction Guide

More than 2.6 million people used meth (also known as methamphetamine) in 2020 alone. While only a small percentage of the US population uses this drug, it still causes thousands upon thousands of deaths every year due to drug overdoses. For that reason, it is essential that you know about the dangers of meth abuse.

Besides the obvious danger of a fatal overdose, there are many other harmful aspects concerning meth addiction. These aspects can be both physical and mental. But where should you start when it comes to learning more about meth abuse?

Keep reading and learn more about the dangers of this drug below.

What You Need to Know About Meth Abuse

Before we explore the dangers of meth, you should first know more about what meth is exactly. Meth is a type of stimulant drug. A stimulant is a drug that affects the brain in such a way that it makes the user feel more energetic, euphoric, or excited.

Technically, coffee is a stimulant since it contains caffeine. Of course, meth is a much more serious and dangerous stimulant drug compared to caffeine. Meth was originally invented in the 1900s and was meant to treat certain health conditions.

In particular, many nasal decongestants at that time contained meth, but in relatively small doses. However, people eventually started to realize that meth was quite an addictive and potentially dangerous drug, especially when taken in larger and larger quantities. Pure meth generally comes in the form of a powder that is usually white and without any smell.

Meth does not quite look like cocaine since cocaine is a very fine white powder while meth is more crystalline. In some cases, it may also be sold in large, transparent, or white crystals or chunks, hence the name crystal meth. Methamphetamine is very similar to another drug known as amphetamine.

The main difference is that meth is much stronger which also makes it much more dangerous. The main effects that these drugs share are increased energy, increased talkativeness, and euphoria. Interestingly, forms of meth are still used in some forms of medicine today.

In particular, some types of medication for ADHD use meth in small quantities. However, these medications are not often handed out by doctors due to their addictive nature and due to the fact that there are better options for medication out there.

On the other hand, the peripheral nervous system consists of the nerves that branch out from the brain and spinal cord. Whatever the case, this drug can produce some pretty serious effects, especially in those that have used this drug for a very long time.

But what kind of physical and mental dangers should you be aware of in people who abuse this drug?

The Physical Dangers of Meth

This is because meth is a stimulant and tends to suppress the appetite. For that reason, meth abusers don’t often feel the need to eat. As such, the person will start to lose quite a bit of weight.

Sometimes, they may become dangerously underweight. In the same vein, they may start to become very weak and frail. Besides losing weight, a meth user may also experience changes in their skin.

You may notice that a meth abuser’s skin is very thin and saggy. This is partially due to the weight loss that will affect the person. Besides that, meth tends to affect the skin in a negative way.

Another skin symptom is the appearance of acne or irritated spots on the skin such as rashes. Rashes may occur if a meth user starts to itch or pick at their skin. This is a relatively common symptom because picking and scratching become frequent habits in meth users in most cases.

This can lead to some very serious rashes or cuts in the skin that can even get infected and make things much worse. Changes in the teeth may occur. “Meth mouth” is a common condition in which a meth user’s teeth will start to rot.

They may become discolored, chipped, or cracked, and some of the teeth may fall out entirely. The teeth of a meth user often are filled with cavities and they may also suffer from advanced gum disease. But why?

The main reason is that a meth high can incapacitate a drug user for very long periods of time, sometimes for as long as 12 hours. This means that the person will not have the chance to brush their teeth or floss as usual. Besides that, meth users tend to gravitate toward sugary foods and drinks like soda, especially while they are experiencing a euphoric high.

As you can imagine, little to no dental hygiene and the consumption of sugary substances will inevitably lead to poor dental health. And more than that, meth users often grind their teeth which will only make the matter worse.

There are also internal problems that a meth user may experience, especially in the long term. In particular, the liver will likely sustain damage and in some cases, it may even fail. This is expected due to the fact that the liver is the organ that processes drugs in the body.

Overloading the liver with meth will damage it severely. Similar problems with the kidneys may occur as well. Heart problems are relatively common in meth users due to the fact that this stimulant causes the heart to race almost constantly.

Often, heart attacks and strokes will occur in those who use meth. But how do the mental symptoms and dangers of meth abuse compare?

The Mental Dangers of Meth

Meth will cause a person’s behavior to change to a certain extent. Usually, these mental and behavioral changes occur on a gradual basis, so it may be hard to recognize the symptoms right away. However, they will become more noticeable if the person continues to use meth for an extended period of time.

A meth user may start to steal money from their friends or family members so that they can buy more meth. They may also try to steal medication that contains meth in it from other people. A meth user may also become paranoid or confused.

For example, a drug user may believe that their friends and family are working against them or that they are trying to harm them in some way. Methamphetamines can make a person develop ticks or tweaks.

Many meth addicts show symptoms like this and they involve strange twitches or repetitive movements. As meth addiction continues and gets worse, the drug user may experience a certain degree of brain damage. In particular, the person may have trouble remembering things whether they just happened or happened a long time ago.

This is due to the fact that meth affects a part of the brain that is responsible for storing and retrieving memories. Meth can also make a person’s mood more unstable. A person who uses meth may suddenly get angry seemingly without any reason or trigger.

In particular, the brain will become more susceptible to infection due to the fact that meth negatively affects microglia. Microglia are responsible for defending the brain against infections. Of course, the only way to solve all of these problems is to opt for meth treatment.

If a meth user finds a good drug rehab center, that person will have the support they need to get the treatment they require to overcome their addiction.

All About the Dangers of Meth Abuse

The dangers of meth abuse are no laughing matter. Meth can affect the mind and body in many different ways. In particular, the drug can cause symptoms such as meth mouth, weight loss, and mental symptoms such as mood swings and memory problems.

These symptoms will only get worse without treatment. To learn more about finding treatment, contact us here.

Alcohol Poisoning: 5 Symptoms You Should Know About 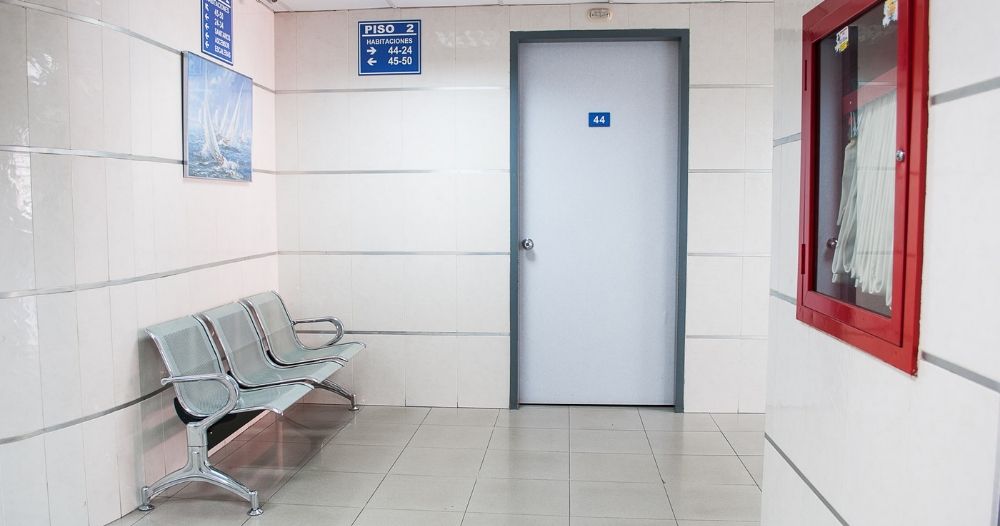 Read More
MMethadone
For over 50 years, Man Alive, a Baltimore methadone clinic, has served hundreds of people fighting addiction. Those…