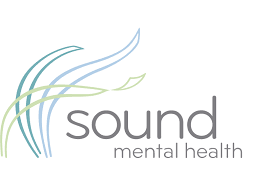 Lily H.
2019-12-21 17:35:56
The main mental health facility in the city of Seattle, this publicly funded organization largely serves low-income residents (it accepts Medicaid coupons) with various mental health issues, including family counseling and substance abuse dependency, etc.Its 'campus' is a small compound of timbered buildings on Capitol Hill just north of Madison Market, as well as an 'annex' in Madison Valley.I guess it's not its fault that it is run so bureaucratically. Most of the mental health counselors, or therapists, are right out of school and do not stay longer than a year or two before moving on.Not much in the way of support groups, with government funding so limited.On 17th Avenue, on one side is a a distinguished looking, gabled maroon-and-buff colored halfway house. On the other, a mansion in a Greek Classical Revival architectural style, converted into a social/occupational rehabilitation facility.Two blocks east, at the intersection of Madison and 19th Ave. E., is the Capitol Hill Alano Club, with its beehive of 12-step groups for those recovering from drug, alcohol, and sexual dependency.Recently re-baptized 'Sound Mental Health.'

Marja M.
2016-01-17 09:50:37
Honestly don't come here unless you truly have no other option. I was a client from March thru November. I had a case manager who told me she could also be my therapist, so I poured out all kinds of information about myself in a few sessions, and then when I called, SMH told me she had moved and I had been reassigned. I know this is unethical behavior because I have a Masters of Social Work degree, and practitioners are supposed to terminate with clients over the course of several sessions.I moved out of state with two remaining refills on my medication, however, Kevin Knack, my prescribed would not authorize my refills to go through New Mexico's Medicaid insurance due to 'liability.' The cost of one medication alone for one month is $345 for the generic. Now, since no doctors who take my insurance have availability for three months, I have to go to Healthcare for the Homeless and beg them for temporary meds until I can get in anywhere else. It seems like a bigger liability to not allow a client to have their medications that you prescribed, than to authorize them. It's really bizarre. I'm planning on filing a complaint against Kevin Knack's license as well.Edit: Their hours, along with Genoa Pharmacy, are Monday thru Friday 9-5, with some exceptions of people being seen as early as 8. So basically, if you come here when you are down on your luck, but then get a job (which is exactly what happened to me) then the only times you'll be able to come here are when you purposely schedule off of work to make appointments or get meds through their pharmacy. Doesn't exactly seem like it is set up to help people go from surviving to thriving.

Gerties J.
2020-01-22 13:17:41
It's been a blessing for me to be a client. I've had the same therapist for 7 years and she has helped me a great deal. If it weren't for my therapist and the rest of my treatment team I wouldn't be the productive human being I am today. I am working as Peer Support Specialist at another mental health agency, am engaged to a wonderful man and most importantly have a natural support system I can rely on. SMH is awesome. THANK YOU FOR HELPING ME BECOME THE PERSON I AM.

Annie H.
2018-07-26 15:24:17
Got out of the hospital with only two weeks of meds. Was supposed to be put on a priority list to get medications and a therapist. They first scheduled me all the way in tukwilla from my north seattle location. Didn't know the area too well and got lost, made the appoitment a little late. They had me waiting on the wrong floor for an hour and a half. Then they rescheduled me for the Cap. hill location and the lady called out sick the next day. Got a call back for an appointment on Tuesday Aug. 3rd. Called to tell them that August 3rd is a Monday, and asked which day I am supposed to go in. The receptionist said I wasn't even in the computer and transferred me to admissions where I left a message and did not get a reply. Called again this morning to find out and was again transferred to a voicemail and not a person. I have had to call my PCP to make sure I get refills in time so that I don't miss a dose and end up with another psychotic episode. This place seems unreliable and I'm frustrated that I don't have better options.