Clinically Reviewed
Andrew Lancaster, LPC, MAC
About
All of the information on this page has been reviewed and certified by an addiction professional.
Depression is a mood disorder that impacts approximately 360 million people globally, according to the World Health Organization.It is the leading cause of disability worldwide. Depression has serious impacts on a person’s mind and body. Its ramifications extend to a person’s eating, sleeping, socializing and work.Everybody goes through periods of feeling down. However, depression is characterized by prolonged feelings of low self-esteem, guilt, hopelessness and worthlessness over the course of a few weeks. According to the DSM-5, someone with depression will have the following symptoms for at least two weeks:

The Different Types of Depression?

There are four major types of depression that people experience, according to the National Institute of Mental Health.Persistent depressive disorder: This subtype is characterized by a depressed mood that lasts for at least two years. A person who has this disorder may have episodes of major depression and moments of less intense symptoms, but the symptoms must last for two years for proper diagnosis.Perinatal depression: Women experience this form of depression after giving birth. Those with this disease will go through full-blown, major depression during pregnancy or after delivery. They will feel extreme sadness, anxiety and exhaustion that accompany the disorder, which will render them ineffective in childcare.Psychotic depression: Happens when an individual has severe depression combined with psychosis. The psychosis can take the form of disturbing false beliefs (delusions), hearing or seeing things that aren’t there.Psychotic symptoms generally have a theme, which can include delusions of guilt, illness or immortality.Seasonal affective disorder: This form of depression generally happens during the winter time since less sunlight in the presence of less sunlight. It generally dissipates in the spring and summer. People who have this form of depression generally go through social withdrawal, increased sleep and weight gain. It generally returns every year during the winter months.

Depression has no single cause. Multiple dimensions converge to create an environment where depression would develop. Some of the more common causes of depression include genetics, biology and stress.

Genetics: If someone has a family history with depression, they will most likely gravitate toward depressive tendencies. Depression doesn’t have to only happen to people with a genetic disposition, however.Biology: People who have depression generally perceive the world differently than those who don’t have depression. Additionally, parts of their brain that determine mood, sleep, thoughts and appetite and behavior don’t have the proper balance of chemicals.Stress: Events that cause stress, such as trauma, death a breakup, work, children or poverty may push people toward developing depression.There are other reasons why people develop depression, but these make up the major, recurring issues people run into who suffer from the disease. 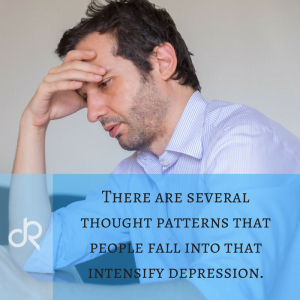 Physical activity: People who exercise can effectively heal from depression. It plays a major role in decreasing people’s fatigue—a major dimension of depression.Diet: People with depression should seek out health meals. Eating directly correlates to moods. Individuals with depression should avoid foods that impact moods.Re-training your brain: There are several thought patterns that people fall into. Some of the most common ones include all-or-nothing thinking, overgeneralization and jumping to conclusions.All-or-nothing thinking: Happens when someone perceives aspects of their life in either or terms without conceiving of a middle ground.Overgeneralization: When something bad happens a person may take that situation and assume it says something about the entirety of their life.Jumping to conclusions: Someone determining a negative situation without having legitimate evidence.Unfortunately, a lot of people who have depression do not choose the healthiest coping mechanisms. A lot of people who experience depression will develop negative coping skills. One of the more common, negative coping skills for people with depression involves doing drugs to self-medicate.

When someone has both a mental health issue and addiction, they are experiencing a co-occurring disorder. What’s tricky about a co-occurring disorder is that a lot of the symptoms for addiction mirror the symptoms of a mental health disorder.In order for someone to get the best help for both issues, they need to seek out inpatient treatment that offers dual diagnosis treatment. It would prove a waste if someone were to just get treatment for their addiction and not the underlying reasons for it. 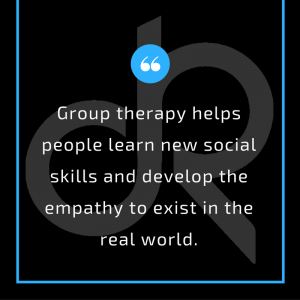 Often, people who fall into addiction do it because they are seeking an escape from a mental health issue. The first step of treatment is detox. Detoxification cleanses the person’s body of all the harmful toxins they let in their body during years of abuse. The detoxification process generally doesn’t take longer than 14 days.During detox, the client will receive medical attention and medication in order to offset the withdrawal symptoms. The body goes through withdrawals because it had developed a dependence on the substance. In essence, the withdrawal symptoms result from the body going through shock.After finishing detoxification, the client will be prepared for the therapeutic dimension of treatment. During treatment, the client will participate in group and individual therapy. In these groups, patients will both learn skills to re-integrate into society and learn the skills to overcome addiction on a daily.When someone develops an addiction, they generally will isolate themselves—either from shame or simply as a byproduct of their addiction. Because of this isolation, they might lose a lot of their social skills.They learn how to use people for selfish gains out of manipulation. Group therapy especially helps people learn new social skills and develop the empathy to exist in the real world. With depression, people often isolate, so it’s good for them to experience the community presence in group therapy.In the individual therapy, the client will learn the ins and outs of their depression and addiction. They will learn how to deal with life and various coping mechanisms so they don’t have to turn toward drugs and alcohol.Following treatment, the client should seek out aftercare options. A lot of people suggest clients look into sober living facilities in order to transition smoothly back into society. These facilities are staffed by addiction specialists and people in recovery. Going from the treatment center back into the real world can prove challenging for people. With sober living, people can dip their toe back into the real world slowly.Recovery is a lifelong process. Depression isn’t something that just disappears for many people. It will take continued work to deal with the issues. However, both addiction and depression are treatable. People just have to take the time.

As mentioned, men tend to act out when experiencing depression. They may feel irritable, angry, out of control or aggressive. Unfortunately, men will more likely commit suicide than women. Often, men feel compelled to pursue power and success and admitting that they need help might come off as weak or fragile. Men are taught that they should rely on themselves. They learn that if they have to rely on others for help, they are weak.Unfortunately, a lot of women hold this same view of men. They feel like the man should hold himself up and if he were to seek out the woman, he might get rejected. Often, men turn toward alcohol and drugs to make them feel better about their situation. 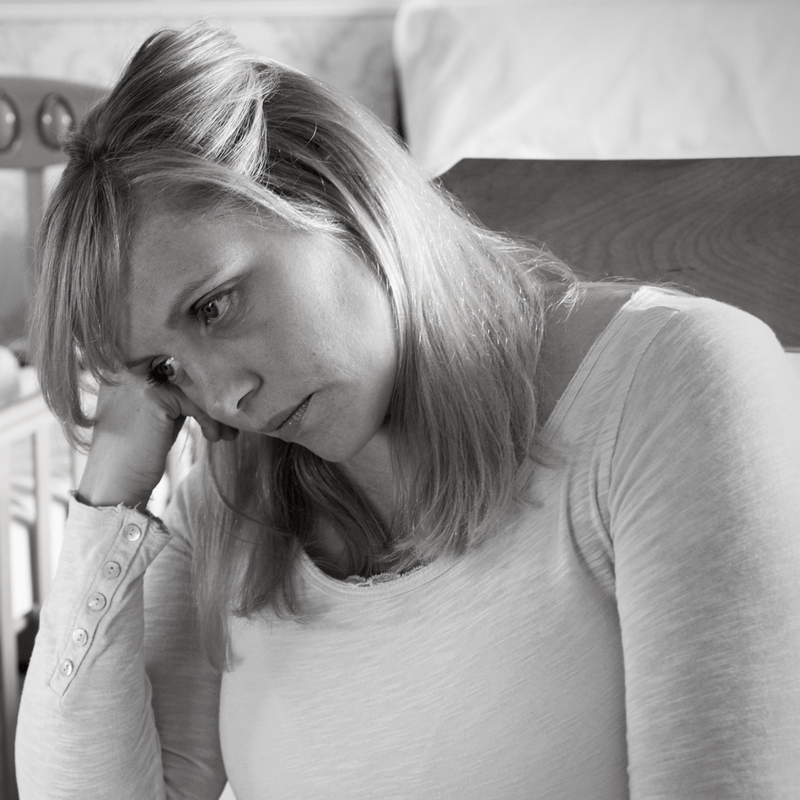 Though there are a lot of overlapping similarities between men and women when it comes to depression, a lot of differences exist. Women are twice as likely to develop major depression as men. People often debate about why women experience depression far more than men. Some theories suggest that women are more likely to experience trauma and talk about their feelings than men, however, studies from Carnegie Mellon University argues that estrogen and cortisol play a major role in depression among women.As they speculate, “[I]f estrogen raises cortisol levels, after stress or decreases cortisol’s ability to shut down its own secretion, then estrogen might render women more prone to depression—particularly after a stressful event.” As the primary sex hormone for women, estrogen raises cortisol which is responsible for regulating stress.As a result of this serotonin dynamic, women and men will respond to stress or depression in different ways. “Such gender differences in the serotonergic system might ensure that females respond to stress with psychiatric disturbances that involve behavioral inhibition, whereas men respond to stress with a loss of behavioral control.” In other words, men tend to act out, whereas women tend to act in when they deal with depression.

Depression and the LGBTQ Community

Trauma plays a major role in the development of depression. As such, it’s easy to imagine that the LGBTQ community would struggle with depression. The National Alliance on Mental Illness reports that LGBTQ people are almost 3 times more likely than others to experience depression or a generalized anxiety disorder. The persistent fear of coming out and the discrimination that comes with that can lead to a host of issues. The stress that the LGBTQ community goes through is often known as “minority stress.”Unfortunately, there’s a real disparity of care for people in this community. Up until the 1960s, a lot of psychiatrists believed that homosexuality was a mental illness. Fortunately, we have seen a lot of strides made in care for people in this community.

Why Do People Self-Medicate?

People who have a mood disorder such as depression will far more likely turn toward drugs and alcohol to deal with it. Drugs and alcohol alter moods. People who experience depression may want to alleviate those symptoms with the use of drugs or alcohol. However, what might provide people short-term alleviation, may turn into a long-term problem for the person. 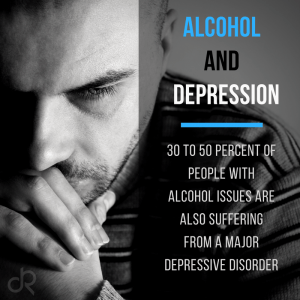 Alcohol and drugs when combined with depression could turn a bad situation even worse. People who have depression might gravitate toward a host of drugs. However, one of the most prominent self-medicating techniques involves alcohol.Alcohol is a depressant that acts like a stimulant. Studies from the National Institute of Mental Health suggest that 30 to 50 percent of people with alcohol issues are also suffering from a major depressive disorder. Unfortunately, heavy drinking can make the issues a person has much worse. They can experience memory loss, depression or anxiety.Another unpleasant fact about alcohol and depression is that drinking to cover up depression may lead to suicide. Because alcohol removes inhibitions, people who are already depressed or suicidal may feel the “liquid courage” to take that step.Besides suicide, one of the premier dangers of self-medicating with depression is developing an addiction. About 20 percent of American with an anxiety or mood disorder, such as depression, will also have a substance use disorder (or addiction), according to the Anxiety and Depression Association of America.The disease of addiction robs people of the ability to choose. It is a disease of choice. People no longer can decide whether or not they want to do drugs.