What is Psychodrama Therapy?

Psychodrama therapy is an effective strategy for those who are recovering from substance abuse as this method encourages the recovering addict to practice empathy, look at a situation from another perspective, relearn forgotten skills and confront feelings that were never properly dealt with. This type of method focuses on role playing and is common in family group meetings as it puts the addict or the family member is the other person’s shoes to help mend family conflicts and strength the addict’s support system.

Particularly this method of therapy has a high potential to cause relapse if the professional is not properly trained in guiding and administering the technique properly. Many times an addict’s past is full of traumatic events either as a child or during the downward spiral of addiction. Psychodrama therapy has the potential to cause anxiety and shame depending on the internal conflict. However, when properly implemented this technique can help self-understanding, empathy, and relational awareness.

When implemented properly and paired with other treatment modalities this therapeutic strategy gives the recovering addict the opportunity to understand past and present and identify how past experiences influence their present lives. The therapist will instruct the recovering addict to act out certain scenarios and as they act, important concepts become real, internalized, and operational and the changes experienced through the acting becomes accessible to the psyche as part of the lived history of the individual.

Reenacting the Past to Improve Their Future

An example of psychodrama therapy involves a group or family, the therapist asks the members to recall a childhood “rule” in their family. In this example the rule is related to substance abuse, “Don’t ever say that mommy is drunk. Say she is taking a nap”. Roles are assigned to the participating members and they are instructed to behave in this scenario. The recovering addict is encouraged to break the rule by announcing the truth into the open. The therapeutic acting transforms and empowers the person into a truth-speaker rather than the powerless and voiceless participant he perceived himself to be in the past. The feeling the person goes through creates a new experience that can enhance their sense of self-efficacy and encourage change in their own pattern of drug abuse.

Another example involves a group exploring “character defects” such as isolation that could have developed due to the drug they were abusing. Drug abuse tends to have an extreme effect on the psyche as paranoia and manic behavior are common occurrences when years of drug abuse are involved. The defects are dramatized by half of the group while others observe. In this example, a person who prefers to be isolated from society sits in the corner. The therapist gives them lines to complete like, “I prefer to sit in this corner because…” or “The first time I remember isolating myself from the world is…”

Finally, they are asked to complete the line, “I have to get out of this corner because…” The group then gathers in a circle and invite the recovering addict to join them, saying, “I want you to join this circle because…” This experience of acceptance and inclusion stimulates or provides a ‘rewarding’ feeling. In the past, the most rewarding activity a drug addict could feel is the initial high of their drug use that created a pattern of isolation. By acting out this scenario the brain is ‘trained’ to reward social acceptance or social inclusion. 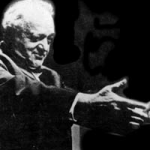 Founder of psychodrama therapy, Dr. JL Moreno encouraged the development and explored the therapeutic possibilities of this type of therapy. Dr. Moreno founded the Theater of Spontaneity in 1910 that focused of individuals to act out improvisational impulses with no intention of therapeutic benefits. Through feedback from his participants Dr. Moreno established the practice and proper implementation of psychodrama therapy throughout his career.

During his studies at the University of Vienna in 1917, Moreno explored the therapeutic properties of acting by creating the first support that consisted of prostitutes. They discussed the social stigma of their profession and other problems they may encounter. Dr. Moreno explored the healing properties of psychodrama therapy with this group determining the positive and negative ramifications that this type of therapy could entail.

Dr. Moreno migrated to United States in 1925 and proposed his work with psychodrama to American psychologists as a method of therapy. To further his research, he began working with children and later, established larger groups for psychodrama sessions that he held at Carnegie Hall.

Dr. Moreno was not the only psychologist to find merit in psychodrama therapy, Carl Hollander was the 37th director certified by Dr. Moreno in psychodrama and continued the practice. Carol Hollander established the Hollander Psychodrama Curve, which may be utilized as a way to understand how a psychodrama session is structured.

His contribution of the curve explained the three parts the therapy sessions: the warm-up, the activity, and the integration. Unfortunately psychodrama therapy is not as widely accepted as other treatment modalities, but still shows merit in cases like substance abuse, female victimization, social anxiety, trauma and post-divorce counseling for children.

Unfortunately psychodrama therapy is not as widely accepted as other treatment modalities, but still shows merit in cases like substance abuse, female victimization, social anxiety, trauma and post-divorce counseling for children.