The Dangers of PCP

According to the Journal of Psychology, the effects of PCP are almost indistinguishable with those of schizophrenia. PCP, commonly known as angel dust, is considered a hallucinogenic, and consequently, is classified as a schedule II controlled substance in the United States. The dangers of PCP use have been apparent since its illicit inception. It is important that its history, abuse, and the psychological effects be examined to fully understand the inherent threats that this substance poses. 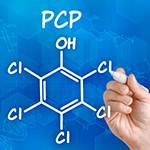 PCP, or phencyclidine, was first synthesized in 1926, and originally sold as a legal anesthetic in the 1950s under the name, Sernyl, according to a publication on cesar.mdu.edu.  It was removed from the market in the mid-1960s due to its dissociative hallucinogenic properties, causing agitation, delusions, and severe anxiety in patients.  Shortly after it was banned, it began to pop up in major cities across the U.S. as a recreational drug.  Although use has stayed relatively low throughout the years, PCP has still been the cause of traumatic events leading to death and near-death experiences.  Its abuse peaked in 1978 as smoking and snorting the substance became more popular.

The Abuse of PCP 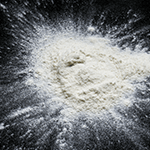 Phencyclidine is distributed to the public illegally in two forms:  powder and liquid, though it originally came in pill-form.  It can be administered in several ways.  Most commonly, people smoke the liquid PCP by applying it to marijuana, tobacco, etc.  Researchers found that many users believed they were dipping marijuana or tobacco in formaldehyde, when if fact, they were smoking either PCP, or formaldehyde mixed with PCP, also known as “embalming fluid.”  The powder form can also be smoked, but snorting and intravenous injection are alternative methods.  Ingesting orally is also a way to use the drug, though not very common.  It has even been discovered that some people choose to mix the liquid with eye-drops.  According to the Drug Enforcement Agency, in the year 2000, MDMA and Ecstasy were found to contain traces of PCP as well.  The onset of the feelings arrive at a rapid pace when smoked or injected, and can take as long as 30 minutes when orally ingested. 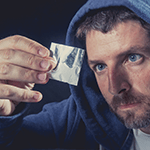 The psychological effects of PCP are nothing if not extreme and dangerous.  It disrupts the receptors for neurotransmitters in the brain responsible for the perception of pain, emotion, memory, and learning.  These are obviously not the reasons for its recreational use.  Users have reported as experiencing feelings of euphoria, hallucinations, strength, invulnerability, and calmness.  The inadvertent effects can include violent and bizarre behavior, delusional thinking, and impaired concentration, according to the National Highway Traffic Safety Administration. New Jersey cracked down on the drug after a man reportedly slit the throats of a 6 year old boy and his sister after smoking it.  Another fatality caused by PCP happened in Texas when a woman doused her roommate in gasoline and set her on fire.  Various reports in other states have been brought to public attention due to the violent outcomes involving PCP use.  The chances of the user becoming addicted to the substance are very high as well.

The history, abuse, and psychological effects of phencyclidine must be taken into account to comprehend its dangers.  Though it could be argued that some mind-altering substances on the black market are undeserving of illegal status, PCP is definitely outlawed for good reasons.  There have been far too many incidents that have claimed the lives of people who found themselves in the path of users.  As a collective society, it is of utmost importance that necessary actions be taken to inform the public of its threats, and prevent its widespread use.