As of Sunday, April 24, 2016, the state of Massachusetts passed a new law that helps the fight against addiction. The new law, known as Section 35, from Chapter 123 allows the court systems more freedom to determine the severity of an individual’s addiction, as well as the necessity for treatment. Given that many individuals under the influence of mind-altering substances are unable to perceive the entirety of the negative consequences of use.  There is often a need for exterior entities to help with intervening in individual’s addiction to be detrimental to his/her wellbeing. Section 35 further empowers concerned family and friends, as well as court systems in order to admit addicted individuals into an involuntary drug or alcohol rehabilitation program.

How Drug and Alcohol Addiction Compromises the Brain One of the more unsettling characteristics of addiction resides in the altered mental functioning of the afflicted individual. When mind-altering substances are repeatedly administered into one’s system, there is a disruption in the brain’s equilibrium. With this imbalance of chemicals caused by psychoactive drugs, the portion of brain responsible for logic and reasoning (the Pre-Frontal Cortex) is often overpowered by addictive thinking patterns (caused by an altered Midbrain and Limbic System). Therefore, even if engaging in addictive behaviors is not a logical choice, it may be perceived differently in the minds of those who are engaged in substance use and chemical dependency. While addiction will cause immense harm and devastation in one’s life (through broken relationships, health risks and a reduction in one’s quality of life), people under its sway often are rarely aware of the damage being done. Therefore, in order for many addicted individuals to receive the care they need, there often needs to be an outside source to break the vicious cycle.

Under Section 35, judges have further authority to commit an individual to treatment, whether the 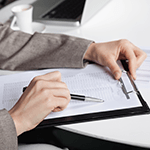 patient acknowledges his/her use or not. While this protocol may appear to be subjective in nature, there are certain standards by which mental health professionals abide by in order to make documentable and certified diagnoses of substance use disorders. Within the field of psychology, the primary source of reference for posting the occurrences of psychological disorders would be the Diagnostic and Statistical Manual of Mental Disorders, Fifth Edition (DSM-V). Within these diagnostic standards, there are clearly defined criteria that encompass symptoms found in addicted individuals. Many of these criteria revolve around how much time is involved in partaking of a mind-altering substance, symptoms of withdrawal (feelings when one is not using), and much of a substance is required to achieve the same effect over time. With these documentable gauges from a clinically-approved source, evidence of the presence of addiction can provide courts with the means of admitting an individual into involuntary treatment.

Section 35: Considerations for The Future 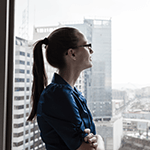 With respect to recent trends, Massachusetts has experienced a significant rise in substance use, particularly in drugs like heroin. In an attempt to increase participation in rehabilitation, Section 35 will hopefully provide an impetus that breaks the cycle of addiction, and provide opportunities for individuals to pursue a life of recovery. However, given that this law is still relatively new, time has yet to determine if Section 35 can quell Massachusetts’ addiction epidemic.