I just returned from the Michael's House family weekend. We have been through other family programs (and my son through other addiction treatment programs) and we thought they were fine. If you are reading this, you have probably felt he same helplessness we did until we came to spend the weekend with the Michael's House staff. I can't speak to the reviews regarding the program itself, but I know that what I have seen is an incredibly committed, experienced and caring group of people who are clearly working in this program based on a calling to their hearts. My family, including my son who was in the residential program and is now in the sober living/IOP program, felt completely supported, educated and understood. The program helped us to 'live' the tenants that we all knew from al-anon and other family programs. They made them real to us and, in the process, allowed our family to communicate in a way that we have not done in many years. I rarely write reviews, but I feel strongly that I would be doing a huge disservice to any family who is dealing with a family member in need to addiction/mental health treatment if I didn't include my impressions. This place is the real deal, and the people here care, support and nurture those who are there willing to do the sometimes painful, difficult work or getting their life back. I know that they have saved my son's life. He knows that they have saved his life. There is still much work to be done but, with their help, I know that he will continue to move forward and discover what happiness looks like. Before Michael's House that seemed an impossibility. 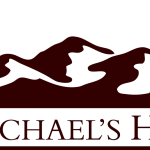 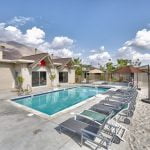 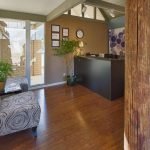 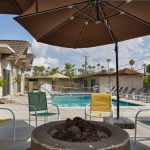 Located in the foothills of the majestic San Jacinto Mountains in Palm Springs, California, Michaelâ€™s House is fully equipped to partner with patients on the journey to recovery. By working with staff specially trained to handle co-occurring disorders, patients take a hands-on approach in the treatment process, which includes 12-Step principles, life skills classes and group and individual therapy. Using the Foundations model

integrated treatment, Michaelâ€™s House provides a stellar clinical program designed to address the complete treatment needs of each individual. It also provides a number of recreational and therapeutic activities to enable patients to explore the emotional and spiritual aspects of recovery. Surrounded by a warm, rustic environment and a community of supportive professionals, patients can find a unique healing experience at Michaelâ€™s House.

Located in the foothills of the majestic San Jacinto Mountains in Palm Springs, California, Michaelâ€™s House is fully equipped to partner with patients on the journey to recovery.