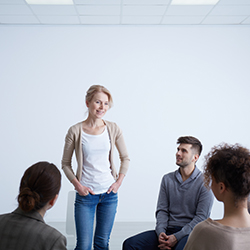 Dove Natale
2020-11-12 19:03:34
This place is amazing if you take it seriously, and stick to yourself. The counselors care, and the nurses are wonderful! (Bring your prescriptions from home, or it will take a couple days for them to be verified). They do methadone detox, or suboxone detox, it's your choice. And they use librium for alcohol detox. If your going thru both they'll give you both meds, but split doeses.) It works very well. Don't engage with the other patients drama, bcuz gossip is in every detox, its inevitable. But regardless, this place helped me get clean. I highly reccomend northern hope. They have a month long rehab above the detox after you complete the detox treatment. And have a halfway house on the property as well! Which is very new. This is the best place in western mass to go for drug rehabilitation.

sara borden
2020-03-29 17:31:33
This place saved my life. The staff will do anything to help, like drive to Holyoke so I could see my son. They did so much for me things that went beyond their job duties. If you want help and to be sober, this place is amazing. If you don't want the help then at least try to change your perspective because of you can't there are plenty of people that do.

Will Oldershaw
2020-03-29 17:32:09
I think that Franklin recovery/northern hope are places where somebody struggling with addiction and alcoholism can go to seek help. Although the success rate of treating addiction is often low percentage wise, it is important to try to help each other and to not give up hope on anyone. I have had many experiences with this place and they have all been positive.

Krissy
2020-03-29 17:32:50
I have been a Pt @FRC since 8/16, grand opening. Dr. Potee (Original MD since opening in 2016) & The NP, Sharon are 100% caring, amazing, kind! RN’s Starting with a female who has a HUGE heart for the addicted, Keri-Jo Anderson (“original staff, most recently appointed “RnDirector) , Ron S, “Big Dave”, (Allison, RN Director); who left 8/31/18), DR (Ruth) POTEE’s discovery of the Librium/gabapentin protocol is phenomenal & I left with ALL MY NEEDS MET!! As for RS’s (“Recovery Specialists”; direct care), Honorable mentions: LeeAnn, Shaun S, Kristen K., Jane H (2016-Current); Anthony (new 2018), Laura (11p-7a- LOVE you, woman)!! I’ll add more l8er. ** As OF August 2028, I “overheard” via med. staff, that, DUE to an issue concerning a few elderly (65+ years old) Pts, ( Pt’swho belong in hospice, FRC detox has requirements of fully ambulatory,100% self sufficient); & then passing away on the property due to old age (& continued drug addiction/alcoholism since child/teen years), causing a huge scene over chosen lifestyle; too old to help! **WARNING: Do NOT bring your elderly parents/ grandparents to FRC Greenfield DETOX! They most likely need ER admittance + hospice.NOT intending to be “mean”- TRUTH. I OVERHEARD that THE entire MED PROTOCOL for alcohol 🥃 is being “changed” so that anyone there for alcohol detox will be only scaled (C.I.W.A. Scale) half of what the former scaling had been!! Thanks to ELDERLY PT’s who legit need nursing home, not 1 week detox, all younger 18-49 year ALCOHOLICS vs. elderly trying to abuse a detox! Refusing nursing homes! *FRC (Franklin recovery center) is owned under umbrella of “BHN”, Behavioral Health Network. The closest other detox to FRC ran also by “BHN”, is called “CRC”, CARLSON recovery Center, in Springfield. “CRC” deserves a NEGATIVE -5 for ratings. (Aside from the following RN’s (Allison from FRC was there to “teach” (Heather, CRC’s RN MANAGER), on HOW to run a detox! (LMFAO)! Most kinder employees were on their 3rd day/1st week @ CRC!! The RN’s that’d been at “Carlson” were only 1-3 people! (The “Ron S” I recommended, works BOTH FRC/CRC. RN’s admitted that CRC, Carlson, was, in fact, UNDER-medicating, especially for alcohol withdrawal, which can be fatal)! Heroin/opiate detox may be “uncomfortable”, but at least FRC (Franklin RC) gives Pt enough detox meds to ALCOHOLICS so they can get REST they DESPERATELY NEED. To stop shaking, seizure/death! I feared for My LIFE @ Carlson, CRC! ** I have been to detox at FRC MOSTLY FOR ALCOHOL, but in 2016, I went there for H*roin/opiates-0alcohol! Pts @FRC -for opiate detox methadone, suboxone, Pt allowed to CHOOSE), the protocols (“C.O.W.S. Scale”) has not changed at all since FRC’s grand opening, summer 2016. SUMMARY:I’ve been Pt at FRC (Franklin- greenfield) detox, 12+ in 2 years! I recently, FRC ran out of methadone. (Sounds crazy, but true)! Charge RN, Susan S, (Sat. 9/29/18) came to me, after FRC intake was complete. Susan explained that since I was on “daily methadone maintenance”, the methadone supply was too low to admit ANYONE on “MMT”. SO unfortunate! Only trying to HELP ME, Susan S., RN suggested 1other BHN detox (Springfield, MA). Greenfield=45 min from me. Home>Greenfield>Springfield, =2+ hr. drive)! I was able to secure a bed, 1pm to be there at 5pm, latest. **The rest of this horror story of the CRC-FILTH, JAIL-atmosphere, undermedicating, alcohol- withdrawal/seizures, story of abusive, 0 ethics LPN (CARLSON DETOX). “Moneisha”, African American (Female) unethical TX! Reporting CRC to authorities! I support FRC (G-Field) 200%! Best detox in MASS!

La Jeffe Shaxx Jones
2020-03-29 17:33:39
This place sticks their patients on the street to smoke! What kind of rehab just lets their patients walk around the neighborhood? Stores are complaining about theft! I'm all about people getting the help they need but not at the expense of the value of my home and neighborhood.

Yvonne Moreno
2020-03-29 17:34:32
You are a detox center, sending people out because they have nausea is a symptom of detoxing. This place is a complete joke, also no respect for the surrounding community. You let the patients out to smoke and they have no common courtesy of picking up their cigarette butts yet rather throw it into surrounding yards. You have people camping out in the lobby because of "no vacancy". All this place is, is a fancy halfway house supported by our own tax dollars. The staff is another story and level of incompetence, who don't even know the different between left of right. Awful place.

Jill
2021-04-26 15:01:17
Franklin Recovery Center (part of BHN) on Haywood St. in Greenfield MaI have been going to detox since I was 17 .. so half of my life I'm now 34. I have never been treated so well! I felt no judgment from anyone! All the nurses are saints , they deal with all of us all day all our requests meds and even advice. The nurses and RSs ( recovery specialists) go above and beyond and definitely cares about everyone's well being. They don't give up on anyone even if you have been there 80 times they will welcome you back and help you! The counselors are amazing as well some are in recovery and have been through it all. I like that because it's gives me HOPE! They most definitely are the kindest staff of any detox I have been through! If you need more care that they can't provide they will help you find a place that can. Good food , great groups and amazing people! I live in Spfld and Carlson is part of bhn as well but if you compared the two it's night in day! I'd go an hour away just to go to FRC! Thanks to the whole staff for meeting all my needs and hopefully I'll do things differently and change my life with the tools you gave me and the confidence. Thanks again! I left today (completed detox and stayed a few extra days to see how I reacted to a new prescription that was and is needed )and I'm going to do the opposite of everything I have done before. You are worth it and if seeking treatment give FRC a try! People can change and there is help and much hope for all of us that struggle. Peace love and happiness! -Jill B.

John Doe
2021-12-01 21:22:00
This was my 1st--and hopefully only--time in rehab. Decided to ride the BHN train and went through detox, CSS, 1/2 way house and then moved on to manage a sober house. I can't thank BHN enough for giving me my life back, Got another degree, published a book, AND started a business all while in BHN programs. Thank you BHN! I owe you a debt I can NEVER fully repay.

John Doe
2021-12-01 21:22:02
This was my 1st--and hopefully only--time in rehab. Decided to ride the BHN train and went through detox, CSS, 1/2 way house and then moved on to manage a sober house. I can't thank BHN enough for giving me my life back, Got another degree, published a book, AND started a business all while in BHN programs. Thank you BHN! I owe you a debt I can NEVER fully repay.