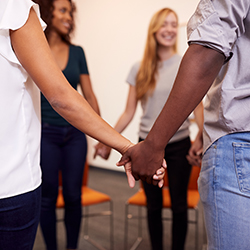 Duncan F. "no longer drunken Duncan"
2021-04-06 01:04:38
So I've been around this place since 1991, actually "in" the old single story house. But many stories still abound to this day in remembrance. By 1992 Gene A. a contractor orchestrated the building of the new modern state of the art house, as it stands now. While living in next door recovery associated apartments"Hamilton House" I actually assisted in labor/construction cleanup/grading driveway on new house site. So I've actually been "in the house"(s) 4X! Generally, is only 3X allowed in a lifetime, however the commitee perhaps made an exception on my behalf due to long history/involvement with the house. Though I had periods of sobriety and relapses, I finally achieved sobriety since 8-6-1996. "Charle Street" has been a foundation for my sobriety, and a springboard to sobriety/recovery for countless others. Help ing thousands upon thousands hopeless alcoholics, regain a footing and becoming productive members of society. I.E. I've had freedom to travel as a professional semi driver, throughout 46 of 48 contiguous states, for almost 20 years! Sometimes going to meetings in other states when I could. So may this review/blurb echo as one of the keys to sobriety/recovery which is simply being grateful. Note: "Grateful people are happy people, and those that aren't, aren't" painted on inside wall of new house. Also "if nothing changes, then nothing changes." The steps and principles are long standing & non- changing, it' s only meant for the alcoholic to change. Like prayer it changes the one praying. Many of us retain visible and invisible scars, but Charle Street remains as a beacon, a lighthouse on a rock, that proves that a tiger/tigress can indeed change their spots. Respectfully submitted, Duncan F.